Russia imposes sanctions on Biden, other top US officials 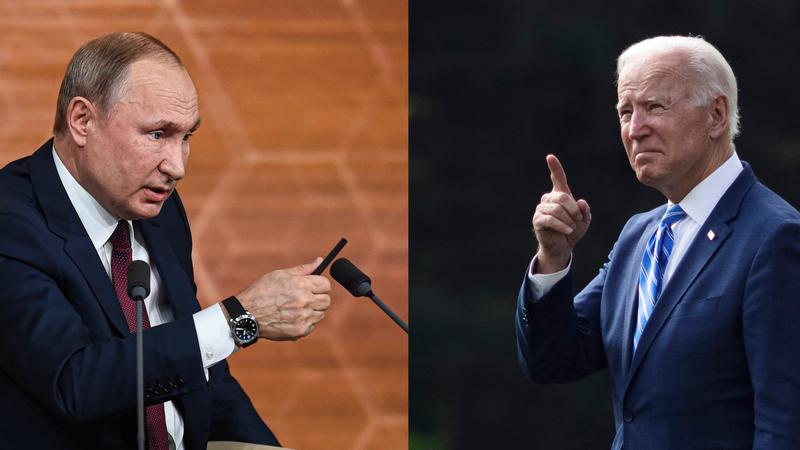 MOSCOW/KYIV/NEW YORK – The Russian Foreign Ministry on Tuesday announced sanctions on top US officials, including US President Joe Biden, Secretary of State Antony Blinken, and Secretary of Defense Lloyd Austin.

The two delegations started the fourth round of their talks via video link on Monday. Ukrainian Presidential Advisor Mykhailo Podolyak, also a member of the delegation, said the two sides took a technical pause in the negotiations until Tuesday for "additional work in the working subgroups and clarification of individual definitions." 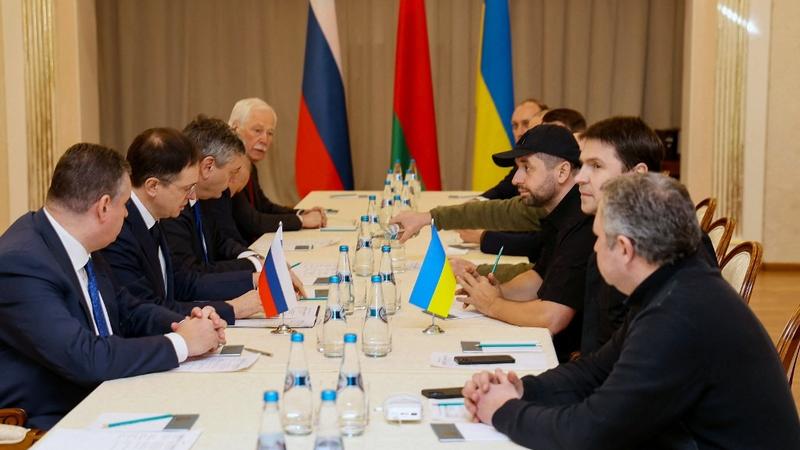 Meanwhile, Russian presidential aide Vladimir Medinsky, also the head of the Russian delegation, said on Monday that negotiations between Russia and Ukraine are being held daily.

"The negotiations with Ukraine are being held every day, seven days a week, in a format of video conferences," Medinsky posted on his Telegram account.

Video meetings save time and are more efficient, he added.

"We are striving to do everything that is possible to fulfill the tasks set by (Russian President) Vladimir Putin for Russia's peaceful future," he wrote.

The negotiations with Ukraine are being held every day, seven days a week, in a format of video conferences.

Ukrainian President Volodymyr Zelensky has submitted a bill to the parliament, proposing the extension of the current martial law in Ukraine, the Ukrainian government-run Ukrinform news agency reported Tuesday.

If the lawmakers pass the bill, the martial law in Ukraine will be extended for another 30 days starting from March 26.

The suggestion that Russian President Vladimir Putin is isolated may still be something of a Western bias – an assumption based on a definition of the "world" as places of privilege, largely the United States, Europe, Canada, Australia and Japan, according to an analysis published by The Washington Post last week.

"Of the 193 members of the United Nations, 141 voted to condemn Moscow's unprovoked attack on its neighbor. But that majority vote doesn't tell the more nuanced story," read the analysis titled “Outside the West, Putin is less isolated than you might think”. 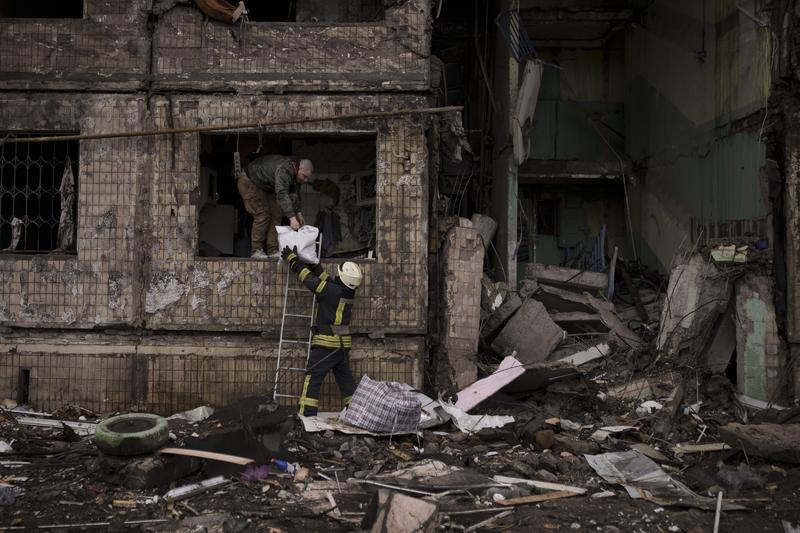 A Ukrainian firefighter helps a man remove belongings from a destroyed building after it was hit by artillery shelling in Kyiv, Ukraine, March 14, 2022. (FELIPE DANA / AP)

The giants of the Global South, including India, Brazil and South Africa, are hedging their bets; even NATO-member Turkey is acting coy, moving to shut off the Bosporus and Dardanelles straits to all warships, not just the Russians, said the article.

"Some citizens in emerging economies are gazing at Ukraine and seeing themselves without a dog in this fight – and with compelling national interests for not alienating Russia," and "in a broad swath of the developing world, the Kremlin's talking points are filtering into mainstream news and social media," it said.

Meanwhile, "the gulf between the West and the Global South may also be worsening during the pandemic and the era of climate change, as developing nations grow increasingly resentful of the self-interested responses in the United States and Europe," added the article.