By Zeng Xinlan in Hong Kong 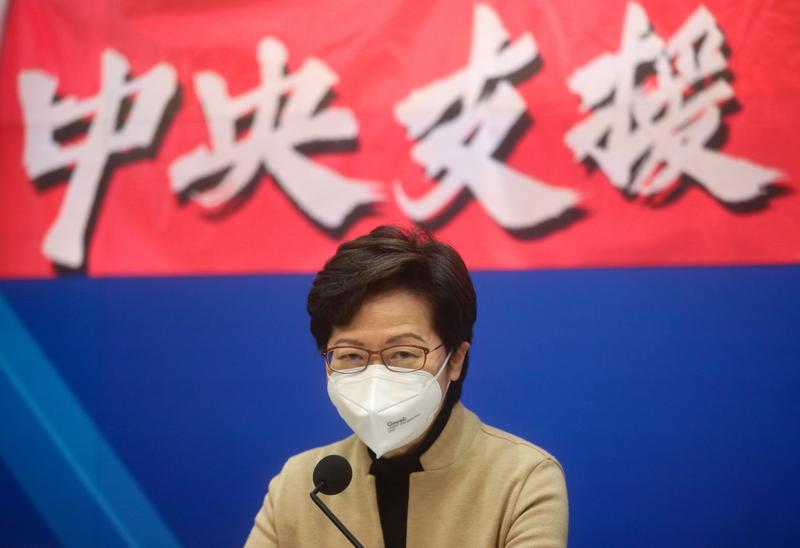 Speaking at the daily pandemic news conference, Lam said the government had been working hard to push vaccination rates since February 2021, yet “those measures were effective, but not enough”, adding that the vaccination takeup rate had dropped after the fourth wave subsided.

When we were hit by the fifth wave, the vaccination rate among the elderly was still pretty low when compared to the Chinese mainland, Singapore and some European cities.

“When we were hit by the fifth wave, the vaccination rate among the elderly was still pretty low when compared to the Chinese mainland, Singapore and some European cities,” Lam said, noting the vaccination hesitancy among older adults and their families had led to the lower rate.

She added that about 90 percent of older adults’ deaths reported during the ongoing wave of infections involved those who had only received one dose of vaccines, or none.

The figures are considerably lower than that of those aged 40 to 49, with 99.94 percent having received at least one jab, logging the highest vaccination rate among all age groups in Hong Kong, he said.

About 6.11 million people aged 12 or above, or 90.8 percent of the population, have received their first dose of vaccine, Nip noted.

However, Nip said progress needs to be accelerated as the percentage of people getting their second dose has yet to reach 90 percent.

He said that the government will focus on boosting vaccinations, encouraging more older adults and children to get inoculated, adding the authorities plan to arrange for the outreach team to visit 1,096 care facilities to give residents at least one dose of the vaccine by March 18.

At present, about 40,000 residents in 970 care homes have been vaccinated, Nip noted.

Since the outbreak of the fifth wave of infections, 722, or 69 percent of the elderly care homes have recorded cases, with 22,070 residents and 5,880 staff infected, official figures show.