Djokovic returns to action with victory in Dubai 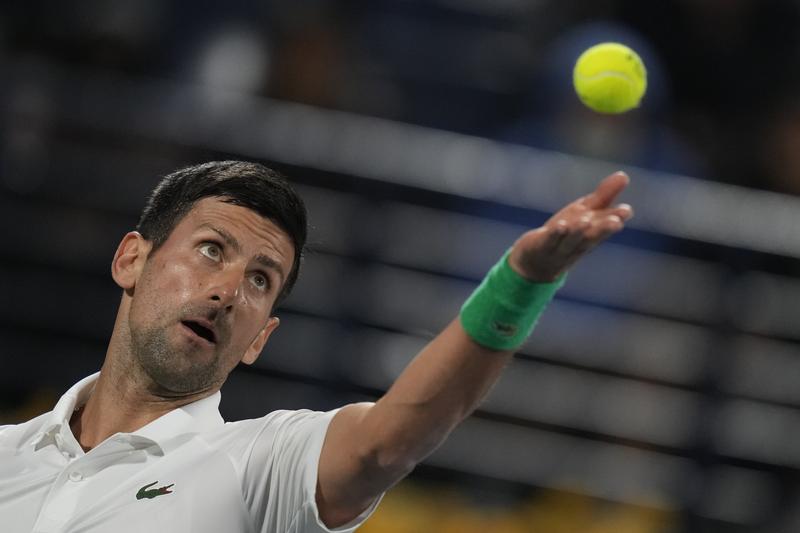 DUBAI - World number one Novak Djokovic belatedly began his 2022 campaign with a convincing 6-3 6-3 defeat of Italian teenager Lorenzo Musetti at the Dubai Championships on Monday.

The 34-year-old showed no sign of rust or mental baggage from the Australian Open visa saga that rocked the sports world, producing a polished display to ease into the second round, afterwards describing it as a "pleasant experience."

It was Djokovic's first match this year after his Australian Open hopes were dashed when he was deported following an 11-day saga revolving around his decision not to have a COVID-19 vaccination and a controversial exemption he had been granted to play in the event.

Two court hearings were required before Djokovic was expelled on Jan 16 having spent several days in a hotel, with the country's immigration minister ruling he could fuel anti-vaccine sentiment if allowed to compete.

Back on a tennis court of Dubai's Aviation Club, Djokovic showed just why he would have been favorite to win a 10th Australian Open crown and beat Rafa Nadal to a men's record 21st Grand Slam title.

After being cheered on to court by the late night crowd, he moved through the gears, breaking Musetti's serve in the fourth game of a routine first set.

Djokovic, watched by his entourage including wife Jelena, got an early break in the second set with a forehand winner.

He briefly wavered when serving at 3-2 and was forced to save break points, but never looked threatened as his supporters, many with Serbian flags, cheered his winners.

ALSO READ: Djokovic set to return next month in Dubai

Djokovic crunched a superb forehand winner in the final game and claimed victory on his first match point.

Even if he wins the Dubai title for a sixth time, he could lose his world number one ranking this week should Russian Daniil Medvedev win the Acapulco title.

But for Djokovic, enjoying an ATP record 361st week as number one, that was the last thing on his mind as he put one of the darkest episodes of his career behind him.

"I couldn't ask for a better reception. It's been a while since I played the last match and I couldn't pick a better place to kick-start the season," Djokovic, who had not played since the Davis Cup Finals in November, told fans after performing his trademark salute to all sides of the arena. 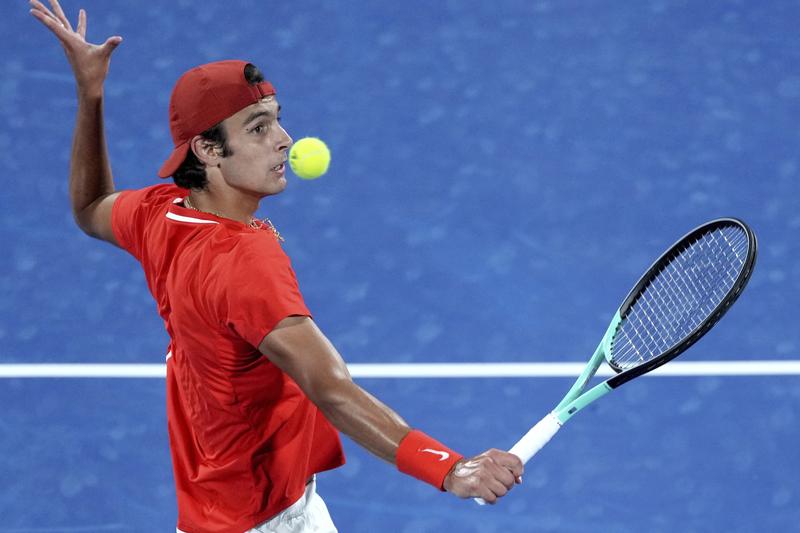 Djokovic, who last week said in a BBC he was not against vaccines but was prepared to miss major tournaments rather than have one, will have a day off before facing either Russian Karen Khachanov or Australian Alex de Minaur.

Asked by reporters later how he had been received by his fellow players, he said they had been "very friendly."

"Majority of them actually welcomed me and said it's nice to see me back on the tour," he said. "That makes me feel great. I'm very thankful for that because having the kind of an understanding at least I would say, if not support from my peers and my colleagues, is very important to me because they are the people that I get to see sometimes more than my family."

"I care greatly about the relationships that we have."

While Djokovic has had no issues being allowed to play in Dubai, he said he currently will not be able to play at Indian Wells, because of strict vaccine laws in the United States.

"As of today I'm not able to play. But let's see what happens. Maybe things change in the next few weeks."