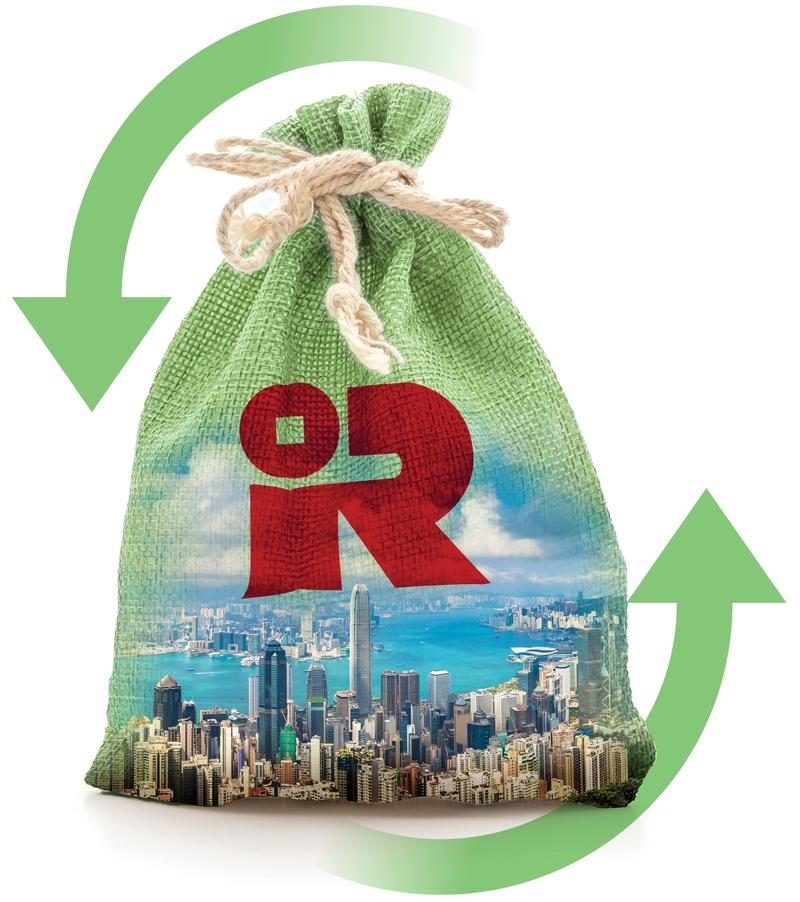 The Hong Kong Special Administrative Region may not feel so blue after all — the city’s budget deficit for the 2021-22 financial year will probably range from HK$400 million ($51.2 million) to HK$37 billion — significantly less than the government’s forecast of HK$101.6 billion in February last year.

The projections are made by global auditing and financial services giants such as Deloitte, Ernst & Young Tax Services and PricewaterhouseCoopers, and accounting bodies CPA Australia and the Hong Kong Institute of Certified Public Accountants.

The SAR’s fiscal reserves are expected to fetch between HK$865 billion and HK$927 billion by the end of March, as land premiums and revenue from stamp duties and taxes are lifted by the rebound in world economic activities and the revival of consumer and business confidence. Government expenditure has also dropped faster than expected.

While Hong Kong’s economy had visibly recovered last year, the increasing threats of monetary tapering triggered by growing concerns over inflation and the impact of the COVID-19 variant omicron may cloud global economic growth this year.

Bank of America Securities sees tightened social distancing measures as posing downside risks to the local economy which is expected to grow by 2.2 percent in 2022.

The four major negative factors are poor consumption due to business closures; prolonged delay in resuming normal travel between Hong Kong and the Chinese mainland; the effect of flight reschedules and quarantine of air crew, and; overall negative sentiment.

Auditing practice firms and accounting groups are demanding one-off relief measures from the government to help put money back into the pockets of companies and individuals.

EY has proposed a HK$50 billion relief package, including the disbursement of HK$3,000 electronic consumption vouchers to all Hong Kong residents above 18 years of age, as well as other sweeteners, such as cuts to taxes on salaries and profits, waiving rates for both domestic and non-domestic properties, and waiving business registration fees.

“The previous consumption voucher scheme has had a stimulating effect on the consumer market and has helped to revive the local economy and encourage wider use of electronic payments among merchants and the public,” said Paul Ho Yiu-po, Hong Kong financial services tax leader at EY.

The HKICPA has also called for the distribution of HK$3,000 electronic consumption vouchers to further stimulate consumer spending and support the retail sector.

CPA Australia suggested an enhanced two-tier electronic consumption voucher scheme to boost consumption. The base amount could be up to HK$3,000 for all eligible Hong Kong residents, while the second tier, targeting vulnerable groups such as low-income earners, could provide an additional payment of up to HK$3,000.

Other measures have been proposed to help businesses and individuals. The HKICPA recommends a tax loss carryback scheme to help businesses badly affected by the pandemic to carry back their losses to a previous year in which they made profits; reducing salaries tax and tax under personal assessment, as well as profits tax, by 100 percent, capped at HK$20,000 and; offering a home rental allowance of up to HK$100,000 annually, initially on a temporary basis.

“Despite the relatively strong recovery of the financial and property markets, uncertainties arising from the pandemic continue to weigh on sectors like tourism, retail and international trading,” said Sarah Chan Ka-wah, tax partner of Deloitte China.

“Tax relief will be critical to easing people’s financial hardships in the short term. A more sustainable economy, and collaboration within the Guangdong-Hong Kong-Macao Greater Bay Area, will be key to boosting competitiveness and growth in the long run.”

Moody’s Investors Service expects Hong Kong’s long-term growth rate to stabilize at around 2.5 percent, which is below the average of more than 3 percent prior to 2019.

The International Monetary Fund said in a recent report that Hong Kong’s fiscal policies should gradually return to a balanced budget and focus on addressing the structural challenges of an aging population, high income inequality, and insufficient public housing supply.

While it is necessary for Hong Kong to use its financial resources to ride out the short-term business storm, auditing experts urge the government to initiate comprehensive tax reforms by taking the following factors into consideration — the nation’s 14th Five-Year Plan (2021-25), the Guangdong-Hong Kong-Macao Greater Bay Area, the international tax law landscape, and rationalizing economic planning based on a sustainable tax regime.

Tang Heiwei, a professor at HKU Business School and associate director of the Hong Kong Institute of Economics and Business Strategy, said the government should use the budget to cement the city’s high-end innovation and technology sector; attract mainland and overseas students to come to Hong Kong for studies, do research and for work, and; release preliminary plans for developing the infrastructure of the innovation and technology hub under the Northern Metropolis Plan.

PwC calls for amending tax laws to allow tax depreciation allowances and/or deductions for fixed assets and intellectual property used, and for research and development activities undertaken in the GBA by Hong Kong companies.

The latest developments in the international tax landscape, including the European Union’s review of harmful tax practices and the Organization for Economic Cooperation and Development’s Base Erosion Profit Shifting 2.0 project, have brought significant challenges to Hong Kong’s simple and low-rate tax regime.

The BEPS 2.0’s Pillar 2, which relates to the right to further tax corporate income that is subject to an effective tax rate below 15 percent, will affect Hong Kong’s low-rate tax regime when the new tax regime is scheduled to be implemented next year. The EU review could require modifications to Hong Kong’s territorial, source-based system.

“The Hong Kong tax regime relies heavily on direct taxes and land premiums. Hong Kong should consider enlarging its narrow tax base as a main policy objective to provide the government a steady income stream that is less affected by economic fluctuations,” said Eugene Yeung Chak-chi, convenor of the HKICPA’s budget proposals sub-committee.

“The government should consult the market now to reach a consensus on what types of indirect taxes, such as goods and services tax or a capital gains tax, should be adopted to facilitate changes in the city’s tax regime in the coming decade,” he said.

CPA Australia would like to see changes to Hong Kong’s tax system in response to the city’s inclusion in the European Union’s “Grey List” of non-cooperative tax jurisdictions in 2021.

“To maintain Hong Kong’s international competitiveness in a changing tax environment, we would like the government to launch a comprehensive reform of its tax system. Such a review should focus on certainty, clarity and consistency,” said Anthony Lau Ming-young, co-chairperson of CPA Australia’s Taxation Committee, Greater China.

Tang, from HKU Business School, noted that salaries tax usually accounts for a smaller proportion of Hong Kong government revenues, while land premiums normally take up a much higher portion.

“This makes government revenue much more volatile,” he said.

Due to the volatility, the government usually cannot make accurate predictions of its surpluses or deficits. Economic planning becomes difficult and the government is forced to be more conservative, Tang noted.