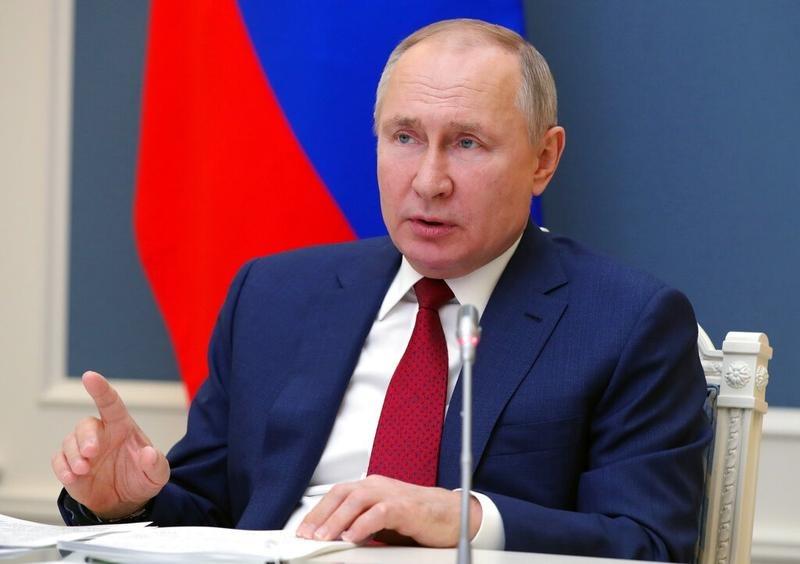 BEIJING – A signed article by President of the Russian Federation Vladimir Putin titled "Russia and China: A Future-Oriented Strategic Partnership" was published by Xinhua News Agency on Thursday.

The following is the full text of the article:

President of the Russian Federation

On the eve of my upcoming visit to China, I am pleased to communicate directly with the Chinese and foreign audience of Xinhua, the largest news agency.

Our countries are close neighbors bound by centuries-old traditions of friendship and trust. We highly appreciate that Russia-China comprehensive strategic partnership of coordination, entering a new era, has reached an unprecedented level and become a model of efficiency, responsibility, and aspiration for the future. Last year, we celebrated the 20th anniversary of the Treaty of Good-Neighborliness and Friendly Cooperation. The basic principles and guidelines for joint work were defined by our two countries in the treaty, which include first and foremost, equality, consideration of one another's interests, freedom from political and ideological circumstances as well as from the vestiges of the past. These are the principles we consistently build on year after year in the spirit of continuity to deepen our political dialogue. Despite the difficulties caused by the coronavirus pandemic, we are striving to build the capacity of economic partnerships and expand people-to-people exchanges.

During the upcoming visit, President Xi Jinping and I will thoroughly discuss key issues on the bilateral, regional, and global agendas. It is symbolic that our meeting will take place during the Spring Festival - the Chinese Lunar New Year. After all, as the Chinese saying goes, "The whole year's work depends on a good start in spring."

The development of business ties will certainly be given special attention. There is every opportunity for this as our countries have substantial financial, industrial, technological and human resources allowing us to successfully resolve long-term development issues. Working together, we can achieve stable economic growth and improve the well-being of our citizens, strengthen our competitiveness, and stand together against today's risks and challenges.

At the end of 2021, the volume of mutual trade increased by more than a third, exceeding the record level of &140 billion. We are well on the way towards our goal of increasing the volume of trade to &200 billion a year. A number of important initiatives are being implemented in the investment, manufacturing, industrial and agricultural sectors. In particular, the portfolio of the Intergovernmental Commission on Investment Cooperation includes 65 projects worth over &120 billion. This is about collaboration in such fields as mining and mineral processing, infrastructure construction, and agriculture.

A mutually beneficial energy partnership is being formed between our countries. Along with long-term oil and gas supplies to China, we have plans to implement a number of large-scale joint projects. The construction of four new power units at Chinese nuclear power plants with the participation of Rosatom State Corporation launched last year is one of them. All this significantly strengthens the energy security of China and the Asia region as a whole.

We see an array of opportunities in developing partnerships in information and communication technologies, medicine, space exploration, including the use of national navigation systems and the International Lunar Research Station project. A strong impetus to strengthening bilateral ties was given by the cross Years of Russian-Chinese Scientific and Technological Innovation in 2020-2021.

We are grateful to our Chinese colleagues for their assistance in launching the production of Russian Sputnik V and Sputnik Light vaccines in China and for the timely supply of necessary protective equipment to our country. We hope that this cooperation will develop and strengthen.

One of Russia's strategic objectives is to accelerate the social and economic development of Siberia and the Russian Far East. These territories are in the immediate neighborhood of China. We also intend to actively develop sub-national cooperation. Thus, the modernization of the Baikal-Amur Mainline and the Trans-Siberian Railway has been started. By 2024, their capacity will increase one and a half times through higher volumes of transit cargo and reduced transport time. The port infrastructure in the Russian Far East is also growing. All this should further enhance the complementarity of the Russian and Chinese economies.

And, of course, the conservation of nature and shared ecosystems remains an important area of local and cross-border cooperation. These issues have always been a focus of our countries' public attention, and we will certainly discuss them in detail during the meeting, as well as a wide range of people-to-people and cultural topics.

Russia and China are countries with thousands of years of unique traditions and celebrated cultural heritage. Interest in Russian and Chinese cultures is high in both and other countries. It is true that in the last two years the number of tourists, joint big-scale events and direct contacts between our citizens has reduced due to the pandemic. However, I have no doubt that we will catch up and, as soon as the situation allows, will launch new outreach and educational programs to introduce our citizens to the history and present-day life of the two countries. Thus, President Xi Jinping and I have agreed to hold the Years of Sports Exchanges in 2022 and 2023.

Certainly, an important part of the visit will be a discussion of relevant international topics. Foreign policy coordination between Russia and China is based on close and coinciding approaches to solving global and regional issues. Our countries play an important stabilizing role in today's challenging international environment, promoting greater democracy in the system of international relations to make it more equitable and inclusive. We are working together to strengthen the central coordinating role of the United Nations in global affairs and to prevent the international legal system, with the UN Charter at its center, from being eroded.

Russia and China are actively cooperating on the broadest agenda within BRICS, the Russia-India-China framework, the Shanghai Cooperation Organization as well as other multilateral frameworks. Within the G20, we are committed to taking national specifics into account when formulating our recommendations, be it the fight against pandemics or the implementation of the climate agenda. Thanks to a large extent to our countries' shared solidarity, following the 2021 G20 Summit in Rome, informed decisions were made on international cooperation to restore economic growth, recognize vaccines and vaccine certificates, optimize energy transition, and reduce the risks of digitalization.

We also have convergent positions on international trade issues. We advocate maintaining an open, transparent and non-discriminatory multilateral trading system based on the rules of the World Trade Organization. We support restoring global supply chains. Back in March 2020, Russia proposed an initiative on "green trade corridors" that excludes any sanctions, political and administrative barriers. Its implementation is a useful aid to overcoming the economic consequences of the pandemic.

READ MORE: China and Russia: A model for relations

The XXIV Olympic Winter Games in Beijing will be a major event of global significance. Russia and China are leading sporting nations renowned for their sporting traditions and have hosted large international sports games more than once. I fondly remember my visit to Beijing in August 2008 to attend the opening ceremony of the 2008 Summer Olympics. Guests and athletes from Russia will remember the vivid performance for a long time, and the Games themselves were organized with the exceptional hospitality inherent to our Chinese friends. For our part, we were delighted to host President Xi Jinping at the opening of the 2014 Winter Olympics in Sochi.

Sadly, attempts by a number of countries to politicize sports for their selfish interests have recently intensified. This is fundamentally wrong and contrary to the very spirit and principles of the Olympic Charter. The power and greatness of sports are that they bring people together, give moments of triumph and national pride as well as delight with fair, just and unwavering competition. And these approaches are shared by most of the countries participating in the international Olympic Movement.

Our Chinese friends have done tremendous work to prepare well for the Olympic and Paralympic Winter Games. I am convinced that China's extensive experience in the excellent organization of representative international competitions will make it possible to hold this global festival of sports of the highest level. I would like to wish the Russian and Chinese teams impressive results and new records!

I send my warmest congratulations to the friendly people of China on the occasion of the Spring Festival, which marks the beginning of the Year of the Tiger. I wish you good health, prosperity, and success.