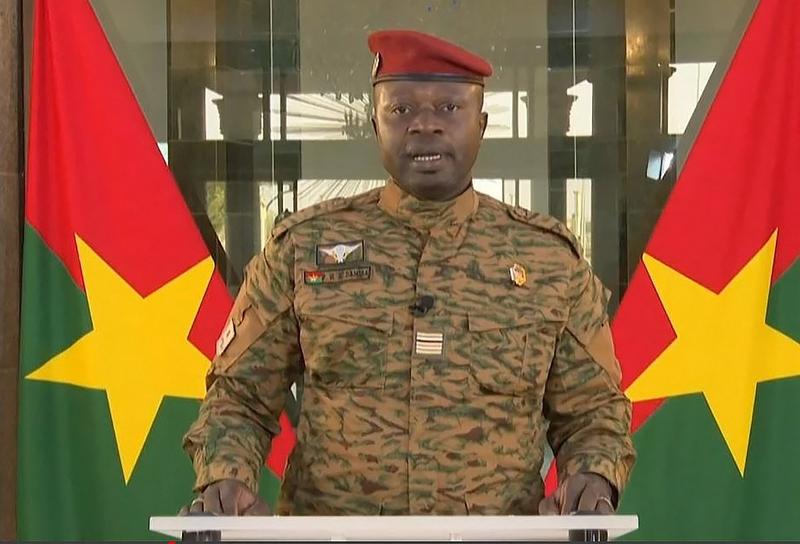 OUAGADOUGOU - The African Union has suspended Burkina Faso from all its activities in response to last week's military coup, effective until constitutional order is restored, the AU said on Monday.

Burkina Faso had already been suspended from the West African regional bloc, the Economic Community of West African States, though ECOWAS stopped short of imposing sanctions after the Jan. 24 coup that deposed President Roch Kabore.

While regional leaders and allies have condemned the coup, which they fear could further destabilize a country beset by Islamist violence, they find themselves with limited leverage

An ECOWAS delegation on Monday met with Kabore and found him "in good spirits", said Shirley Ayorkor Botchway, Ghana's foreign minister and head of the mission to Ouagadougou.

The ousted president looks well, has access to his doctors and is allowed visits from his family, Ayorkor Botchway told journalists, without saying where the meeting took place. Previously, no information had been disclosed about his whereabouts or condition since he was toppled.

The delegation also met with the coup leaders including the new head of state, Lieutenant Colonel Paul-Henri Damiba, to discuss security and the political transition, she said.

"They seemed very open to the proposals and to us that is a good sign," said Ayorkor Botchway. "It is our position that the transition should be short, so that Burkina Faso can return quickly back to constitutional order."

The AU and ECOWAS suspended two other members, Mali and Guinea, after their own military takeovers last year. The coup in Burkina Faso was the fourth in West Africa in 18 months, including two in Mali.

While regional leaders and allies have condemned the coup, which they fear could further destabilize a country beset by Islamist violence, they find themselves with limited leverage.

The putschists led by Damiba, who call themselves the Patriotic Movement for Safeguard and Restoration (MPSR), issued a preliminary charter on Monday laying out basic rights and establishing the MPSR as the central authority while a transitional government is put in place.

In a statement read on national television, the MPSR declared Damiba the president of Burkina Faso and head of the armed forces, and removed the army chief of staff and the head of the national intelligence agency from their posts.

The constitution, which the officers suspended when they seized power, has been re-instated except for any parts that contradict the new charter, the statement said.

Ayorkor Botchway said the ECOWAS delegation will report back on the visit and on Thursday there will be another meeting with regional heads of state.