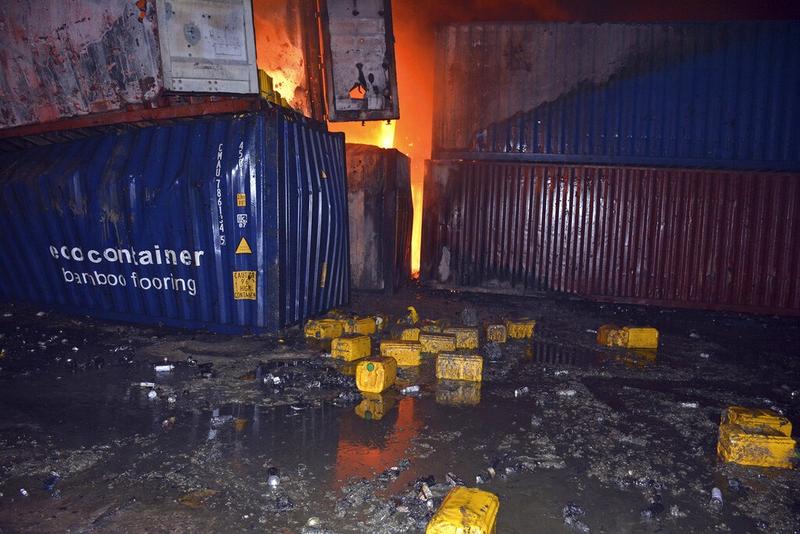 In this photo released by the Syrian official news agency SANA, flames rise from destroyed containers at the scene of a missile attack, at the seaport of the coastal city of Latakia, Syria on Dec 28, 2021.  (SANA VIA AP)

The source was quoted as saying that the interception resulted in some material damage.