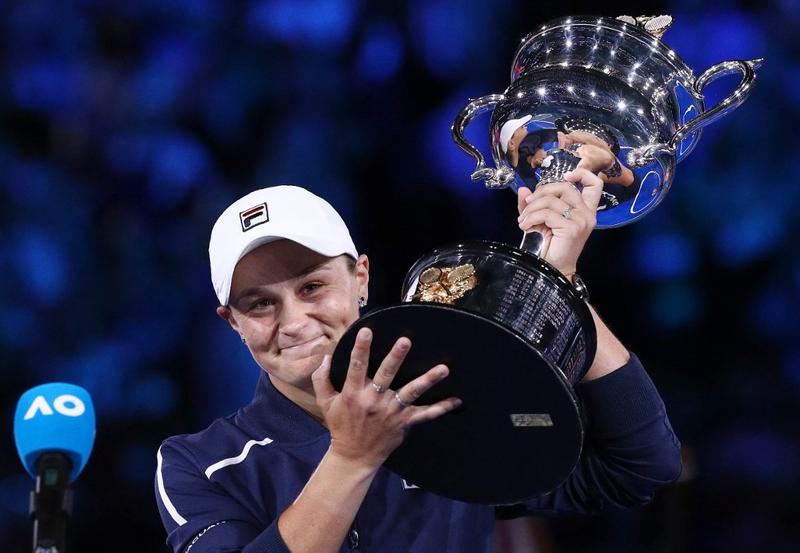 Australia's Ash Barty poses with the trophy after victory in her women's singles final match against Danielle Collins of the US on day 13 of the Australian Open tennis tournament in Melbourne on Jan 29, 2022. (AARON FRANCIS / AFP)

MELBOURNE - Ash Barty ended Australia's 44-year wait for a home winner at the Australian Open when the world number one staved off a fightback from American Danielle Collins to complete a 6-3 7-6(2) win on Saturday and pick up her third Grand Slam title.

Barty became the first Australian to win the event since Chris O'Neil captured the women's title in 1978.

O'Neil was present in the stands cheering as the crowd on the floodlit Rod Laver Arena erupted when Barty converted her first match point with a forehand crosscourt winner. 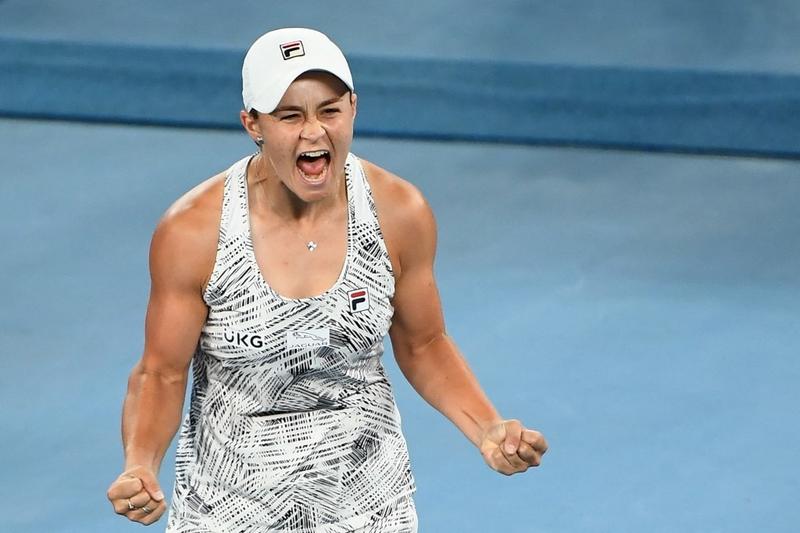 Australia's Ash Barty reacts after winning against Danielle Collins of the US during their women's singles final match on day 13 of the Australian Open tennis tournament in Melbourne on Jan 29, 2022. (WILLIAM WEST / AFP)

Collins was the first to set up a break point in the contest with some forceful groundstrokes but a calm and composed Barty found the range with her serve to get out of trouble. She then broke in the next game when her opponent served up a double fault.

Some uncharacteristic forehand errors from Barty allowed Collins, who will make her top-10 debut when the rankings are updated on Monday, to break early in the second set and the American let out a shriek of "Come On" to celebrate opening up a 3-0 lead.

The American broke Barty's delivery, which looked almost impregnable this past fortnight, a second time in the set. But when Collins appeared to be on the verge of leveling the match as she served at 5-1, the Australian showed nerves of steel and raised her game.

Barty got the set back on serve and then dominated the tiebreak to complete a memorable comeback that left the home nation rejoicing all over Australia.