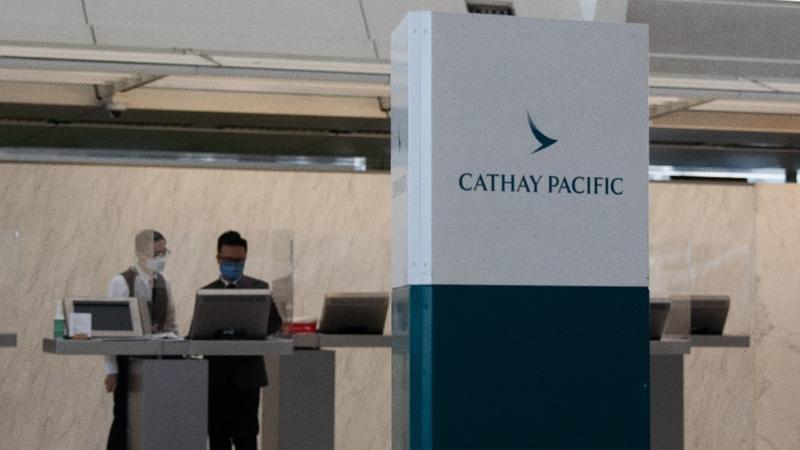 HONG KONG - Two former flight attendants, including the one at the center of the infection cluster at Moon Palace restaurant, have been arrested for allegedly breaking Hong Kong home isolation rules.

In a statement issued late Monday, police said charges were laid on two flight attendants “of an airline” for violating the Prevention and Control of Disease Regulation.

This came after Cathay Pacific said in January it had fired two aircrew who were suspected of breaching COVID-19 protocols.

Police said the two had returned to Hong Kong from the United States on Dec 24 and 25 where they had "conducted unnecessary activities" during their home isolation period.

If convicted, the two former flight attendants could face up to six months in prison and a fine of up to HK$5,000 ($642)

They both later tested positive for the fast-spreading Omicron strain. If convicted, they could face up to six months in prison and a fine of up to HK$5,000 ($642), according to the statement.

According to information disclosed in a previous government press briefing on the Omicron outbreak, a 45-year-old Cathay flight attendant, who arrived from New York City on Dec 24, dined with a 44-year-old colleague, who arrived from Chicago on Dec 25, in the Tuen Mun home of the latter on Dec 25.

The 44-year-old went out and visited multiple places in the city on public transport on Dec 27. He lunched with his father and a friend at the Chinese restaurant Moon Palace at Festival Walk shopping mall in Kowloon Tong, starting a cluster there. He was also believed to have infected the owner of a dispensary in Tuen Mun when buying shampoo there, triggering another cluster of infection.

The two flight attendants tested positive for the COVID-19 coronavirus on Dec 28 and 29, respectively. Genome sequencing indicated their cases were linked. It is unclear who gave the virus to the other.

Cathay Chairman Patrick Healy said the company was cooperating with the government on the probes.