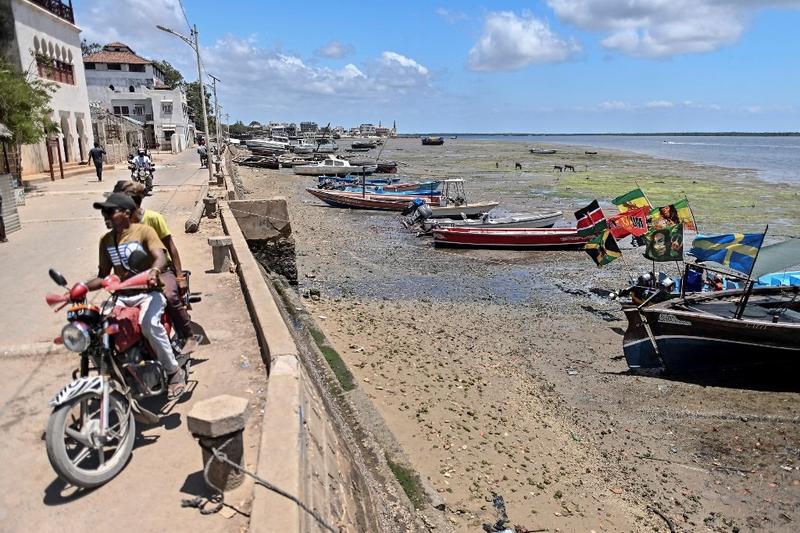 In this on March 16, 2021 photo, motorboats used typically for guided tours sit on the coast at low tide as motorcycle taxis ride past on the causeway at Kenya’s historic town of Lamu. (TONY KARUMBA / AFP)

LAMU, Kenya – At least six villagers were killed on Monday in an attack by al-Shabab militants at a village in Kenya's coastal county of Lamu, local officials said.

Lamu County Commissioner Irungu Macharia said that the attackers, believed to have crossed over from neighboring Somalia, also torched several houses in the attack there.

"The security forces are pursuing the attackers," Macharia said over phone, adding that one of the victims was shot dead, another was hacked to death and the other four were burnt to death in their house.

"My team has informed me of the attack and we are planning to go there to assess the situation. I am told six people died in the incident," Musyoka told Xinhua over phone.

Security agencies said the militants had been sighted in the vast Boni forest, which is near the Somali border before the attack.

The latest attack came two days after a motor taxi rider was killed after his motorcycle ran over a bomb on a road in Lamu County over New Year's Eve.

Al-Shabab militants, who have carried out numerous attacks in Kenya over the past decade, claimed responsibility for the latest attack.