Report: China ranks 2nd as home to over 300 unicorns 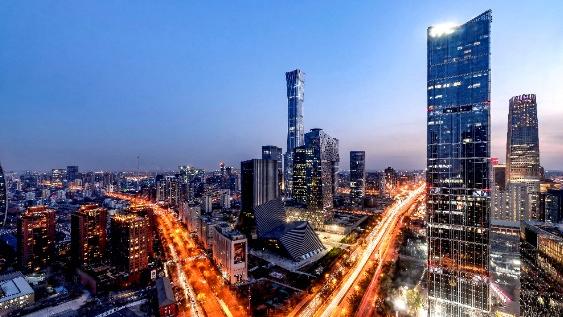 The night view of Beijing's Central Business District on Dec 5, featuring CITIC Tower (center), the tallest skyscraper in the national capital, and many other office buildings. (PHOTO PROVIDED TO CHINA DAILY)

BEIJING - China ranked second globally with a total of 301 unicorn companies, or startups valued at more than $1 billion in 2021, according to a new report released by a Shanghai-based research institute.

Compared with a year ago, 74 new Chinese unicorn companies were added to the list, said the Global Unicorn Index 2021 compiled by the Hurun Research Institute.

Globally, a total of 1,058 unicorn companies were on the list, up 80 percent year on year, the data showed.

The United States topped the list with 487 unicorn companies in total, while India has surpassed Britain to grab the third spot with 54 startups.

Chinese tech giant Bytedance, the parent company of video platform TikTok and its Chinese sister app Douyin, came in as the most valuable unicorn worldwide, with its valuation surging to 2.3 trillion yuan (about $350 billion) this year.

Beijing hosted 91 unicorn companies in 2021, second largest in terms of the number of unicorns globally, while Shanghai ranked fourth with 71. Shenzhen maintained its fifth place with 32 unicorn companies.