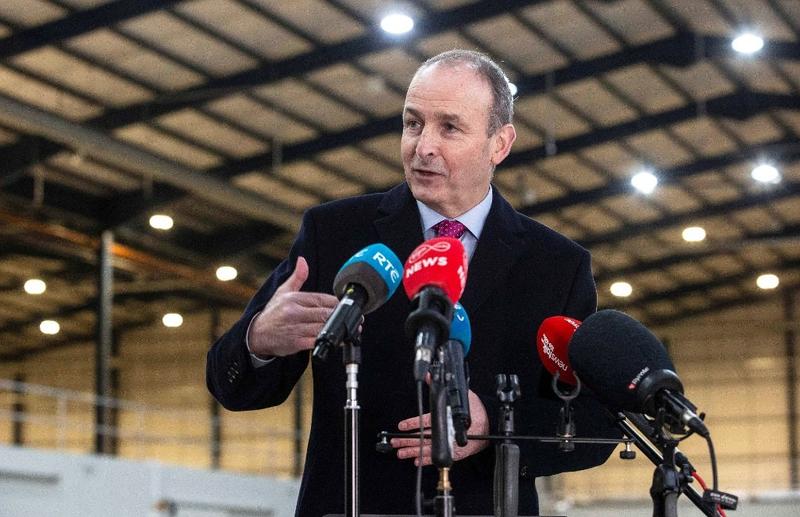 Ireland's Prime Minister Michael Martin speaks to members of the media during his visit to Terminal 10, the largest state facility in Dublin Port, in Dublin on Nov 23, 2020, following its upgraded with additional inspection rooms and cold storage facilities, in readiness for Brexit. (JULIEN BEHAL / POOL / AFP)

DUBLIN - Ireland believes talks between Britain and the European Union are on track for progress and David Frost's replacement as British lead negotiator by Liz Truss has not changed that, Irish Prime Minister Micheal Martin said on Tuesday.

"I was worried about it when I heard of the resignation because that was a potential destabilizer in terms of the Brexit chemistry that had been developing in the last month," Martin told Newstalk radio in an interview.

"We were on a track - the European Union and the United Kingdom. I think we still are. I think Liz Truss gets it in terms of what is required," he said.