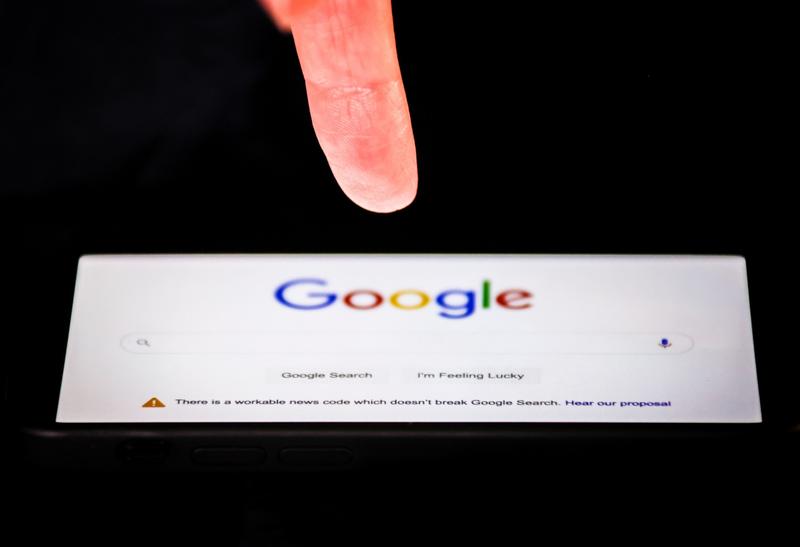 A link to Google's proposal to a workable news code on the company's homepage, arranged on an iPhone in Sydney, Australia, on Jan 22, 2021. (DAVID GRAY / BLOOMBERG)

Meme stocks and cryptocurrencies rivaled major sport and the fallout from the Taliban’s rise to power as the biggest search and news trends for Google in 2021.

READ MORE: 'Vaccine' chosen as Merriam-Webster's word of the year

When searching for news, Google users were mostly interested in Afghanistan, according to the latest annual trending report of Alphabet Inc’s search giant. The rest of the top places were dominated by Reddit stock favorites such as GameStop Corp and AMC Entertainment Holdings Inc, together with popular cryptocoins Ethereum and Dogecoin.

The three search terms which had the biggest spikes this year compared to 2020 were all for Indian cricket, including the country’s series against Australia and England, followed by the limited overs Indian Premier League tournament.

Other highlights in the report include: