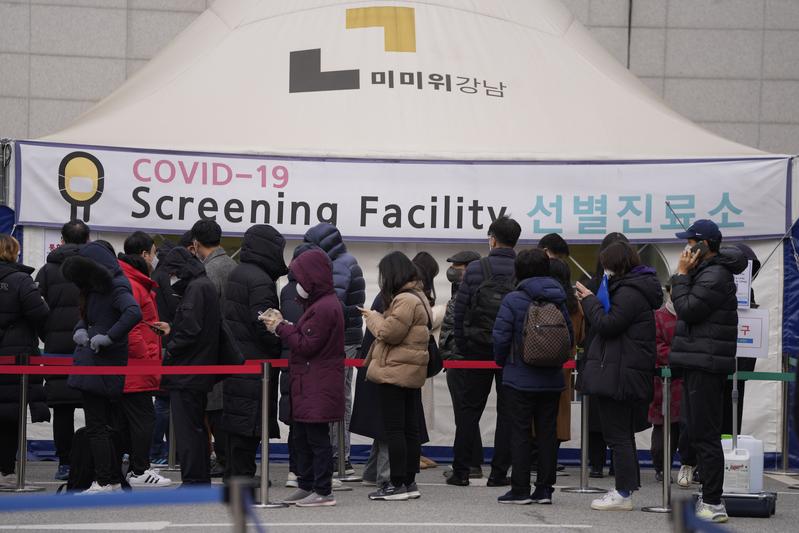 CANBERRA / JAKARTA KUALA / LUMPUR / SINGAPORE / SYDNEY / TOKYO - South Korea's health authorities said on Thursday that it will administer the COVID-19 booster shot to foreign nationals as it recognizes the full vaccination outside the country.

The Korea Disease Control and Prevention Agency (KDCA) said in a statement that it improved the policy about the recognition of full vaccination status for foreign nationals.

Under the policy, foreign nationals, who were fully vaccinated outside South Korea and entered the border with no quarantine exemption, will be allowed to receive the third shot of COVID-19 vaccines after their vaccination records are registered on the COVID-19 vaccination registration system.

Non-South Korean nationals, whose fully vaccinated status has been registered, will receive a COVID-19 vaccination certificate, recognized by the South Korean health authorities, to prove their full inoculation outside South Korea. 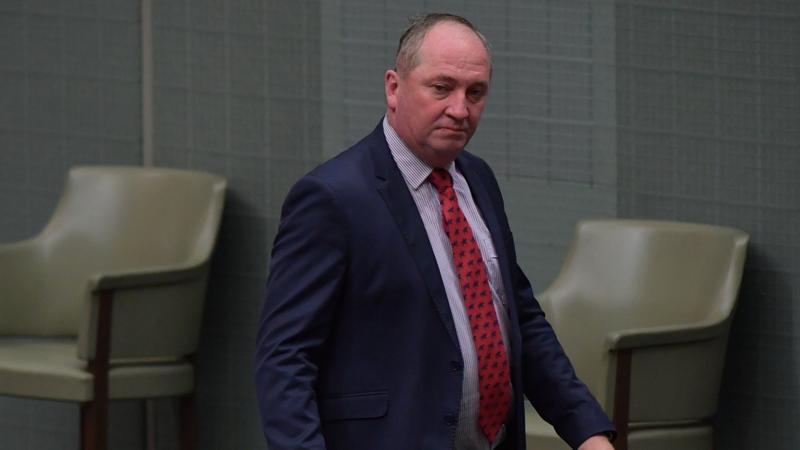 Member for New England Barnaby Joyce in the House of Representatives at Parliament House on Feb 04, 2021 in Canberra, Australia. (PHOTO / BLOOMBERG)

More than 70 percent of Australians say they want a coronavirus booster vaccine, a survey has found.

Researchers from Australian National University on Thursday published the latest findings from their ongoing survey of more than 3,400 people during the pandemic.

It found that 71.9 percent of respondents said they will get a booster vaccine when available.

"In our analysis we found males, younger Australians, those who live outside of advantaged areas, those who have not completed Year 12, those who speak a language other than English, and those who have had their first dose vaccination relatively recently are all less willing to receive their 'third dose' of the COVID-19 vaccine," study co-author Nicholas Biddle said in a media release.

COVID-19 infections have been spreading in pubs and clubs in Australia's biggest city, including three new cases of the Omicron variant found among people who went on a harbor party cruise, sending officials rushing to trace contacts.

Authorities have been easing restrictions in Sydney since early October when the city emerged from a nearly four-month lockdown to contain the Delta coronavirus variant after the population reached higher vaccination levels.

Dozens of people who attended a Sydney pub quiz tested positive for the coronavirus and officials are awaiting the results of genomic tests to see if they are infected with the Omicron variant.

Australia Deputy Prime Minister Barnaby Joyce has tested positive for COVID-19 in Washington, DC while on an official visit, his office said in a statement on Thursday.

Joyce had been experiencing mild symptoms and chose to get tested for COVID-19. He is the highest-ranking Australian leader to contract the virus since the pandemic began.

Indonesia on Wednesday confirmed 264 new COVID-19 cases, raising its tally of infections to 4,258,340, according to the country's Health Ministry.

More than 143.79 million people have received their first dose of vaccines, while over 100.45 million have taken the second dose.

Indonesian Health Minister Budi Gunadi Sadikin said Wednesday that the government is targeting to complete the full vaccination of 208.2 million citizens by March or April next year. 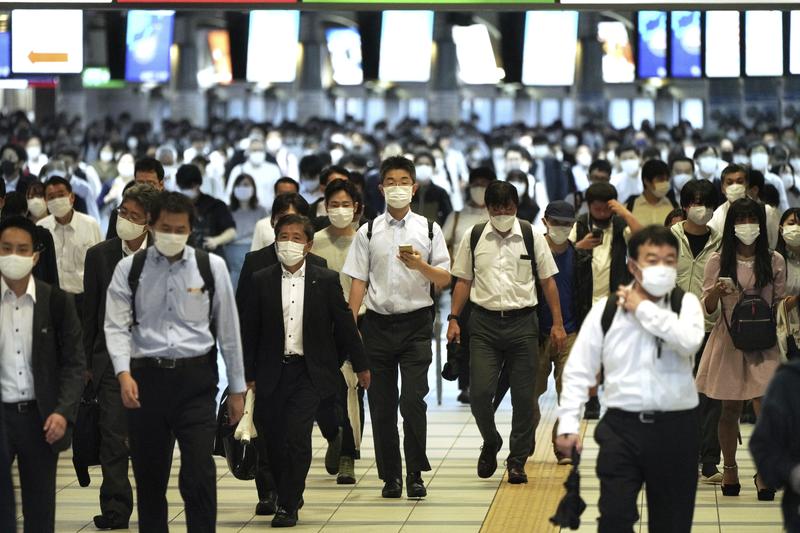 In this file photo taken on Oct 1, 2021, commuters wearing face masks to help curb the spread of the coronavirus walk in a passageway during a rush hour at Shinagawa Station, in Tokyo. (EUGENE HOSHIKO / AP)

The Omicron variant of COVID-19 is 4.2 times more transmissible in its early stage than Delta, according to a study by a Japanese scientist who advises the country’s health ministry, a finding likely to confirm fears about the new strain’s contagiousness.

Hiroshi Nishiura, a professor of health and environmental sciences at Kyoto University who specializes in mathematical modeling of infectious diseases, analyzed genome data available through Nov 26 in South Africans in Gauteng province.

“The Omicron variant transmits more, and escapes immunity built naturally and through vaccines more,” Nishiura said in his findings, which were presented at a meeting of the health ministry’s advisory panel on Wednesday.

Concerns are swirling globally that Omicron could deal the world a bigger blow than even Delta, and the World Health Organization has cautioned that it could fuel surges with “severe consequences.” But a jump in cases in South Africa in the wake of the variant’s emergence hasn’t yet overwhelmed hospitals, leading to some optimism that it may only cause mostly mild illness. Pfizer Inc and BioNTech SE also said this week that a booster dose of their vaccine could fortify protection against the strain.

Japan has reported its fourth case of the Omicron coronavirus variant, TV Asahi said on Wednesday.

Malaysia reported 5,020 new COVID-19 infections as of midnight Wednesday, bringing the national total to 2,673,019, according to the health ministry.

Among the new cases, 17 are imported and 5,003 are local transmissions, data released on the ministry's website showed.

Another 28 deaths have been reported, bringing the death toll to 30,746.

A total of 4,525 patients have been newly released after recovery, bringing the total number of cured and discharged to 2,581,395.

The country reported 125,838 vaccine doses administered on Wednesday alone. About 79.3 percent of the population have received at least one dose, and 78 percent are fully vaccinated.

Pakistan reported its first COVID-19 infection related to the Omicron variant in an unvaccinated woman in its southern business hub of Karachi, said a local government spokeswoman. The woman has no travel history. 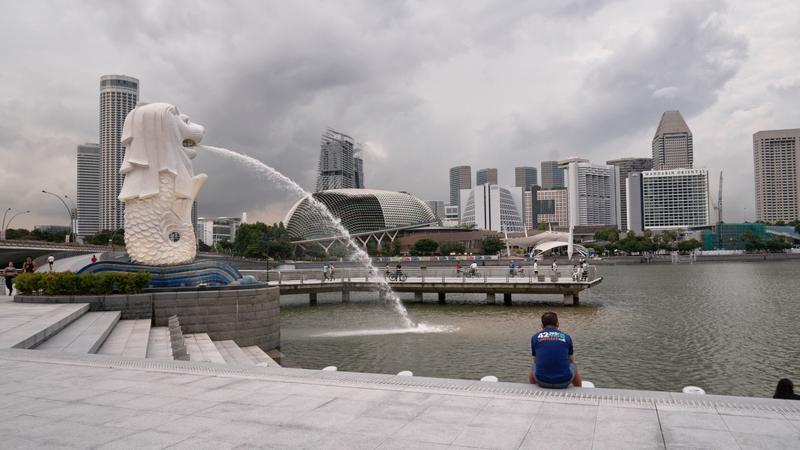 People at Merlion Park in the central business district of Singapore, May 19, 2021. (LAURYN ISHAK / BLOOMBERG)

Singapore reported 715 new cases of COVID-19 on Tuesday, bringing the total tally in the country to 270,588.

Of the new cases, 700 were in the community, five were in migrant worker dormitories and 10 were imported cases, according to statistics released by the Ministry of Health.

A total of 827 cases are currently warded in hospitals, with 43 cases being critically ill and intubated in the intensive care unit. The current overall ICU utilization rate is 53.3 percent.

Eight more patients have passed away from complications due to COVID-19 infection, bringing the death toll to 771, the ministry said.