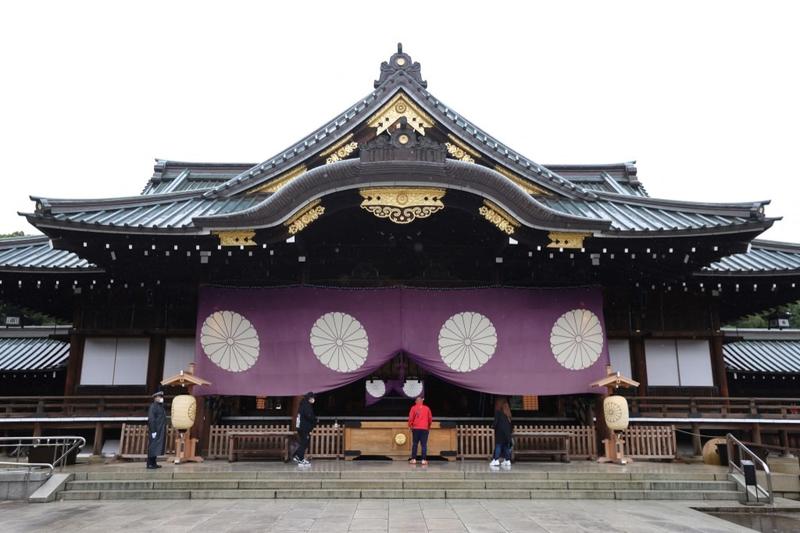 The shrine is seen by Seoul and Beijing as a symbol of Japan's past military aggression because it honors - among some 2.5 million war dead - 14 Japanese World War Two leaders convicted as war criminals by an Allied tribunal.

Ninety-nine lawmakers, all members of a group that makes periodic mass visits to the shrine, usually visits the shrine for its spring and autumn festivals, as well as the August 15 anniversary of Japan's surrender, but had put off visits since October 2019 due to the COVID-19 pandemic.

The group included nine junior ministers in the cabinet of Prime Minister Fumio Kishida. It was not clear why the group decided to visit the shrine specifically on Tuesday.

South Korea's foreign ministry expressed in a statement "deep regret and concern for the visit to Yasukuni Shrine, which beautifies the colonial invasion and war of aggression".

"We are again strongly pointing out that the international community could trust Japan when it faces up to history correctly and demonstrates its humble reflection of the past and sincere remorse through actions," it said.

Kishida, who became prime minister in early October, sent a ritual offering to Yasukuni for the autumn festival but followed the example of previous Japanese leaders, who have refrained from visiting in person during the spring and autumn festivals or on the anniversary of Japan's surrender to avoid angering China or South Korea.