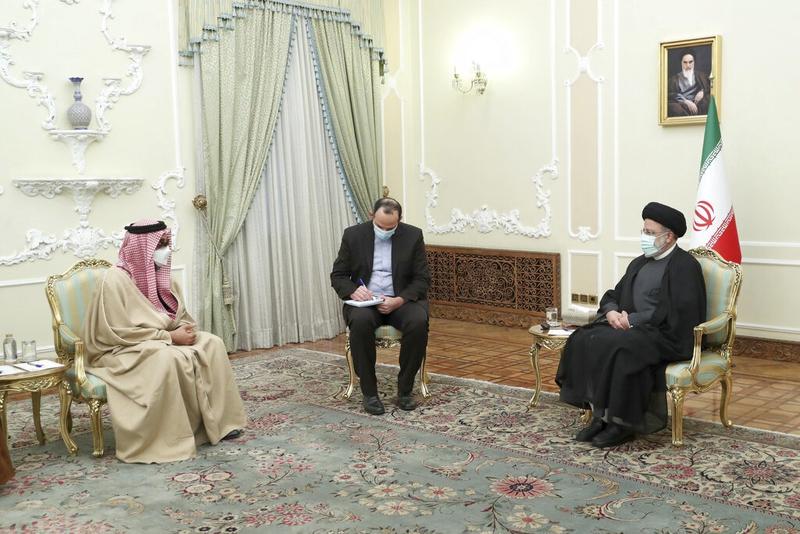 Iran said its president had been invited to make a rare visit to the United Arab Emirates as ties between the Persian Gulf countries improve amid a broader rapprochement in the region.

Sheikh Tahnoon bin Zayed, UAE’s national security adviser, issued the invitation to Ebrahim Raisi during a meeting in Tehran on Monday, according to Iran’s official president.ir website. It didn’t give a date but quoted Tahnoon as saying the trip would mark “a turning point” in ties. No Iranian president has visited the UAE since 2007.

Tahnoon is the highest-level UAE official to fly to Iran in more than a decade, signaling that both sides are keen to advance efforts to repair a historically close relationship that in recent years has deteriorated significantly and even threatened to slide toward conflict.

Tahnoon said the UAE wanted to develop trade and investment but he gave no details and it wasn’t clear how that would tally with US secondary sanctions on the Islamic Republic.

A brother of Abu Dhabi’s crown prince, Sheikh Tahnoon has taken the lead in the UAE’s effort to step back from divisions that have defined the region for the past decade, with visits to Turkey and Qatar paving the way to a restoration of ties this year.

Differences with Iran are more complicated due to the country’s nuclear program and its proxy militias in Iraq, Yemen and Lebanon, which Saudi Arabia and other Gulf Arab countries accuse of destabilizing the world’s largest oil-exporting region.

Gulf Arab rivalry with Iran split the region and exacerbated conflicts for years, but the two regional powers have held several rounds of Iraqi-mediated talks this year, meeting even during the six months when nuclear talks between world powers and the Islamic Republic were stalled.

Saudi Arabia, which has battled Iranian-backed Houthi fighters in Yemen since 2015, is pushing to end a war that’s exposed its oil facilities to drone and missile attacks. Iran wants diplomatic missions to be opened first.

Saudi Crown Prince Mohammed bin Salman was embarking Monday on his own tour of Gulf Arab states, the latest in a series of high-level visits seeking to end rivalries and ease tensions in the world’s top oil-exporting region.

The de facto Saudi ruler’s stop in Qatar will coincide with a visit by Turkish President Recep Tayyip Erdogan, several people familiar with the matter said. They didn’t say if the two leaders would meet.

The UAE has quietly worked to mend ties since a spate of attacks on shipping in the Gulf and a drone and missile strike on a major Saudi oil facility brought the region to the brink of conflict in 2019.  It has stepped up those efforts since the election of Joe Biden. The Biden administration has sought to re-engage with Iran and revive the 2015 nuclear deal which his predecessor abandoned.

The visit aims to strengthen “communication and cooperation in the region,” the UAE diplomatic adviser to the presidency, Anwar Gargash, wrote on Twitter.