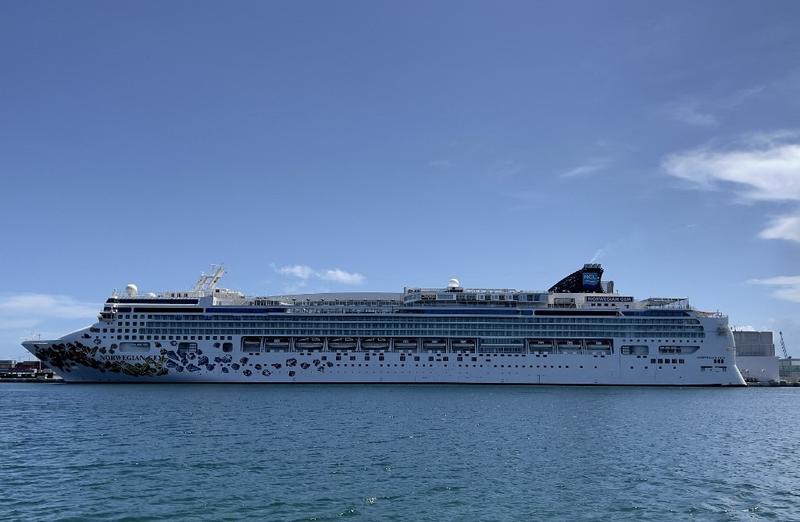 In this file photo taken on Aug 1, 2020. the cruise ship Norwegian Gem is seen moored in the Port of Miami. (DANIEL SLIM / AFP)

LONDON /  BUCHAREST / SANTIAGO / PARIS - A cruise ship set to dock in New Orleans with over 3,000 passengers has detected 10 cases of COVID-19 among its crew and guests, the Louisiana Department of Health said late on Saturday.

The cruise ship Norwegian Breakaway, owned by Norwegian Cruise Line Holdings Ltd, departed New Orleans on a weeklong cruise on Nov 28 and had stops in Belize, Honduras and Mexico, the health agency said.

"NCL has been adhering to appropriate quarantine and isolation protocols," the department said in a tweet.

The ship is set to reach New Orleans on Sunday morning, according to its itinerary.

Everyone on board will be tested for COVID-19 before leaving and will be provided with post-exposure and quarantine public health guidance by the US Centers for Disease Control and Prevention.

People who test positive for COVID-19 will either travel to their homes or self-isolate according to CDC guidelines, the health agency said.

Norwegian Cruise Line Holdings did not immediately respond to a request for comment outside regular business hours.

Chile reported on Saturday its first case of the Omicron variant of the novel coronavirus (COVID-19) after confirming that the case was discovered in a person entering the country from Ghana on Nov. 25.

The Regional Ministry of Health of Valparaiso reported that the traveler entered Chile with a negative PCR test, but another test at the Santiago airport returned a positive result.

According to authorities, the passenger was fully vaccinated at the time and is currently in good health in isolation at a sanitary residence.

Protests broke out in several European cities against tightening COVID-19 rules, including 40,000 people who gathered in Vienna despite a nationwide lockdown, according to a police estimate.

In the Dutch city of Utrecht, marchers protested a partial lockdown, in which most public venues must close at 5 pm, the Associated Press reported. Violent clashes broke out two weeks ago in COVID-19-related protests in Rotterdam.

About 30 protesters carrying torches demonstrated Friday night at the regional health minister’s home in the eastern German state of Saxony, prompting condemnation and comparisons to the Nazi era by her Social Democratic Party, the DPA newswire reported.

As the government previously announced that starting on Jan 15, the third vaccine dose will be a condition for the renewal of the health pass, the minister assured that "new appointments will continue to open every day so that all eligible people can have their booster on time."

According to the health ministry, 52,083,228 people in France have received at least one vaccine dose. 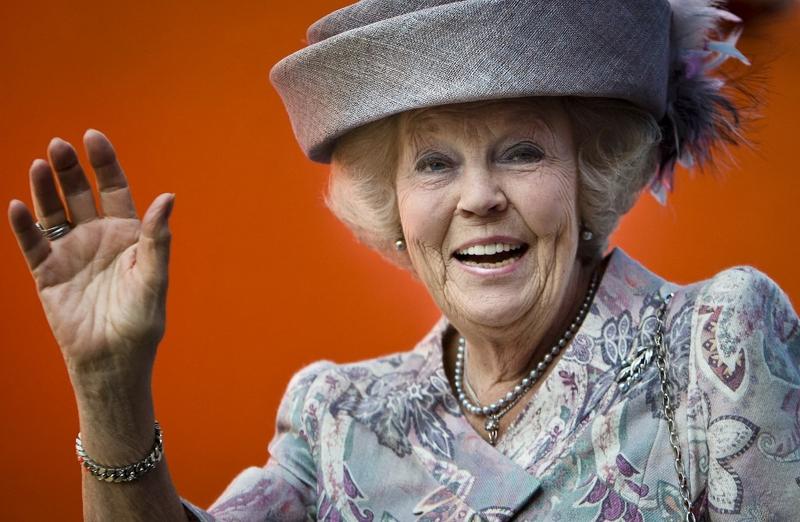 In this file photo taken on April 26, 2014, then Dutch Princess Beatrix waves to the public during the King's Day celebrations in Amstelveen, The Netherlands. (FREEK VAN DEN / AFP)

Princess Beatrix, as she has been known since her abdication in 2013, got tested after coming down with "mild cold symptoms", the statement said.

"The princess is at home in isolation and adheres to the rules of life for people who have tested positive," it added.

The Netherlands has been experiencing a record-breaking wave of COVID-19 cases that is threatening to overwhelm the country's healthcare system.

Romania's Ministry of Health said on Saturday that the country has confirmed the first two cases of the Omicron coronavirus variant.

''This afternoon, the National Institute of Public Health received the result of the first sequencing ... which confirms the presence of the new Omicron strain in two of the passengers with a flight from South Africa, landed in Bucharest on Nov 30," said the ministry, adding that both the two, isolated at home, are asymptomatic.

Three Romanians, all completely vaccinated, were tested positive for coronavirus upon arrival.

"All the three are asymptomatic, with a good state of health and are in isolation," the ministry informed, adding authorities are waiting for the result of the sample sequencing of the third, a rugby player. 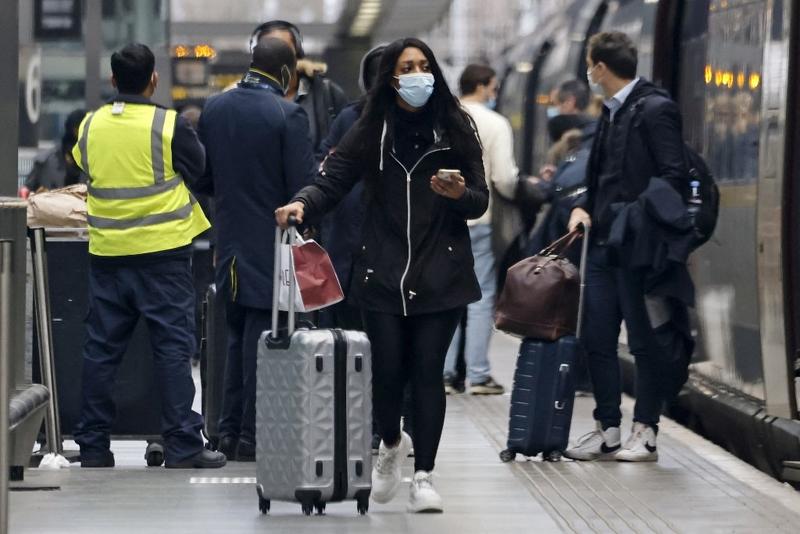 In this file photo taken in Dec 23, 2020, passengers board a Eurostar train at St Pancras International station in London, as services prepare to resume following a 48 hour closure of the French border, due to a new coronavirus strain being discovered in the UK. (TOLGA AKMEN / AFP)

Britain will require all inbound travelers to take a pre-departure COVID-19 test and arrivals from Nigeria will have to quarantine in hotels to slow the spread of the Omicron variant, health minister Sajid Javid said on Saturday.

The UK Health Security Agency said that the total number of confirmed Omicron cases had risen to 160.Prime Minister Boris Johnson has said that travel restrictions are necessary to slow the spread of Omicron while scientists work to understand more about the transmissibility and implications for vaccine effectiveness of the variant.

The pre-departure testing requirement will mean that, from 0400 GMT on Tuesday, all inbound travelers must take a either a PCR or a rapid lateral flow test a maximum of 48 hours before departure.

The health ministry said that the measure was justified as UKHSA analysis indicated the window between infection and infectiousness may be shorter for the Omicron variant.

But British Airways said it was a "devastating blow" for the industry, while pilot union BALPA said the government was destroying confidence in air travel.

The measures will be reviewed on Dec 20.

Nigeria will be added to Britain's travel "red list" at 0400 GMT on Monday. The health ministry said the vast majority of cases in Britain have clear links to overseas travel from Nigeria and South Africa.

South Africa and nine other Southern African countries were added to the red list last weekend, meaning that entry is only allowed to UK citizens or residents who then must quarantine in a hotel.