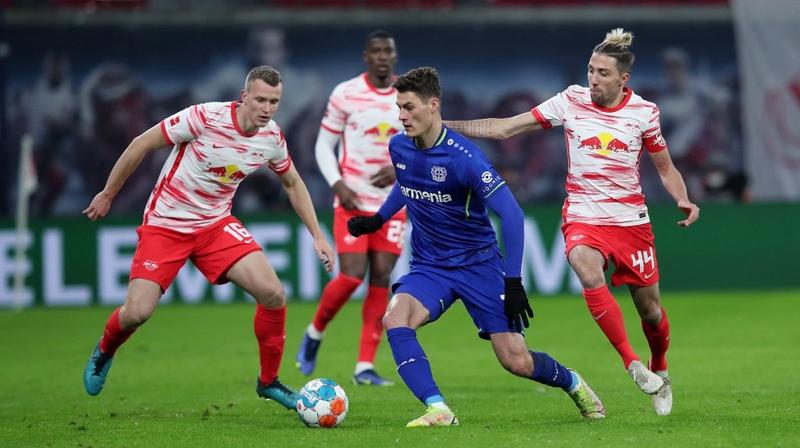 Bayer Leverkusen cruised 7-1 past bottom side Greuther Furth after Patrik Schick provided four second-half goals in the 14th round of Bundesliga on Saturday.

The "Werkself" wasted no time and broke the deadlock with 12 minutes played when Amine Adli slotted home Moussa Diaby's cross into the box.

Greuther Furth thought they had leveled the scores three minutes later but for all that Maximilian Bauer's equalizer was ruled offside by the referee.

With 17 minutes into the game Leverkusen made it two as Florian Wirtz' free kick to the far post found unmarked Edmond Tapsoba, who had all time and space to nod home.

Leverkusen retracted with the two-goal lead and let the "Kleeblatter" do the work. The visitors controlled possession and were able to halve the deficit at the half hour mark as Jeremy Dudziak benefitted on a misplaced clearance from close range.

Just before the break, Furth had the chance to reduce the arrears but Lukas Hradecky defused Branimir Hrgota's dangerous shot on target.

Leverkusen immediately counterattacked and caught Furth flat footed as Schick sent Piero Hincapie, who finished the job to make it 3-1 before the half time.

The hosts came out with their guns blazing as Furth goalkeeper Marius Funk had to deny Amine Adli in the 46th minute before Schick hammered the 4-1 lead three minutes later.

Furth's defence couldn't stop Schick, who wrapped his brace in the 69th minute as the striker tapped home Diaby's square pass into the empty goal. 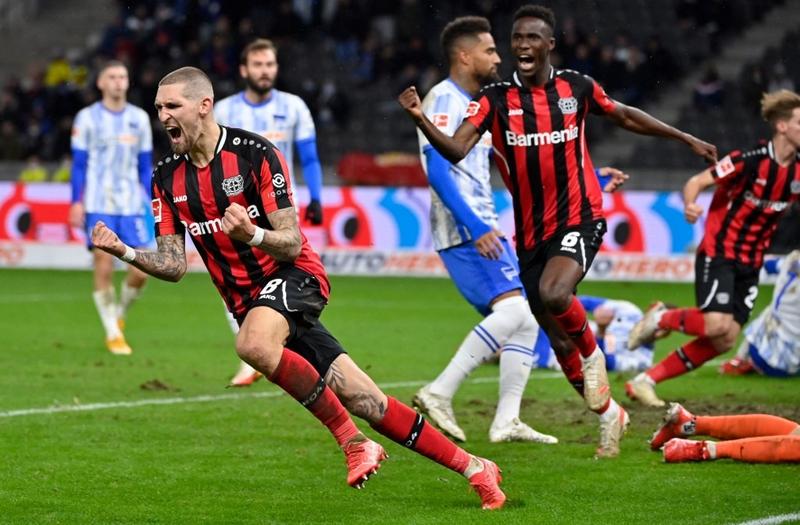 The Czech international wasn't done with the scoring and reaped his hat trick after heading home a cross that dropped off the crossbar in the 74th minute.

Furth couldn't put up resistance as Schick clinched his fourth goal within 27 minutes to seal the deal ahead of time, two minutes later.

"In the first half I didn't have one shot on target and in the second half it was like opening a ketchup were everything came out at once. I am of course extremely happy with my four goals," Schick said.

With the result, Bayer Leverkusen tighten its 3rd spot meanwhile Greuther Furth stay on the last place of the Bundesliga standings after suffering its 13th defeat of the season.

Elsewhere, two quick goals from Jonathan Burkardt and Anton Stach paved the way for Mainz 3-0 win over Wolfsburg, who remain winless in the last four games.

Hoffenheim secured its third win in row after coming from behind to see off Eintracht Frankfurt 3-2.