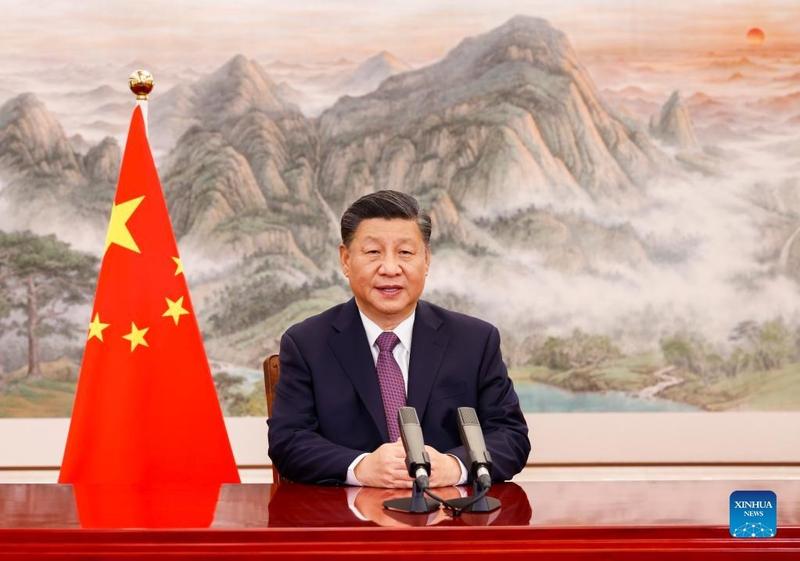 President Xi Jinping has called on Latin American and Caribbean countries to take an active part in the Global Development Initiative, urging them to work with China to advance the building of a global community of development with a shared future.

Xi made the remarks on Friday in a video speech delivered at the third Ministerial Meeting of the Forum of China and the Community of Latin American and Caribbean States.

Xi recalled that in 2014, he and the leaders of Latin American and Caribbean countries jointly announced the establishment of the China-CELAC Forum.

President Xi called on the LAC countries to work with China to jointly draw up a blueprint for China-LAC cooperation, and make new contributions to the people's well-being and to the cause of human progress

Over the past seven years, the two sides have acted on the forum's founding purpose of strengthening unity and coordination and advancing South-South cooperation, and turned it into a major platform for pursuing mutual benefits, he said.

They have worked together to take China-LAC relations into a new era featuring equality, mutual benefits, innovation, openness and benefits for the people, Xi added.

Noting that the world today has entered a new period of volatility and transformation, Xi said both China and the LAC countries face the new task of promoting post-COVID recovery in order to deliver happiness and well-being to their peoples.

Xi talked about the Global Development Initiative he proposed in September at the general debate of the 76th session of the General Assembly of the United Nations.

In the initiative, he called for closer cooperation by the international community in poverty reduction, food security, COVID-19 response, vaccine development, finance, climate change and green development, industrialization, the digital economy and connectivity.

Xi said that the LAC countries are welcome to take an active part in the initiative. "We could work together to tide over this difficult time, create more opportunities, and build a global community of development with a shared future."

Saying that peaceful development, equity and justice, and win-win cooperation represent the right way forward, Xi stressed that China and the LAC countries, all being developing countries, should be comprehensive cooperative partners of equality, mutual benefit and common development.

He called on the LAC countries to work with China to jointly draw up a blueprint for China-LAC cooperation, and make new contributions to the people's well-being and to the cause of human progress.