Putin: Russia will act if NATO crosses its red lines in Ukraine 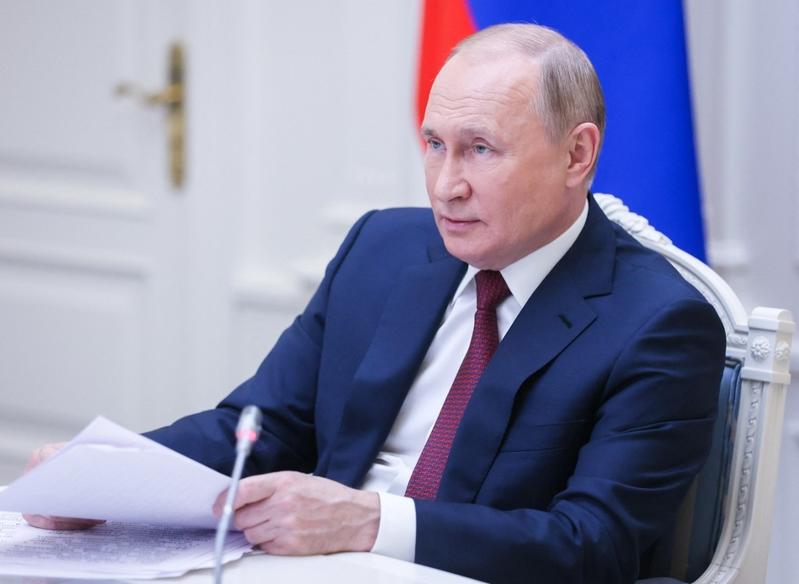 MOSCOW - President Vladimir Putin on Tuesday said Russia would be forced to act if its 'red lines' on Ukraine were crossed by NATO, saying Moscow would view the deployment of certain offensive missile capabilities on Ukrainian soil as a trigger.

Speaking at an investment forum in Moscow, Putin said he hoped common sense would prevail on all sides, but that he wanted NATO to be aware of Russia's own concerns about its own security linked to Ukraine.

"If some kind of strike systems appear on the territory of Ukraine, the flight time to Moscow will be 7-10 minutes, and five minutes in the case of a hypersonic weapon being deployed. Just imagine," said Putin.

"What are we to do in such a scenario? We will have to then create something similar in relation to those who threaten us in that way. And we can do that now."

Putin said Russia had just successfully tested a new sea-based hypersonic missile which would be in service at the start of the new year. He said it had a flight time of 5 minutes at nine times the speed of sound.

"Creating such threats (in Ukraine) poses red lines for us. But I hope it doesn't come to that. I hope that a sense of common sense, responsibility for both our countries and the world community will prevail," said Putin.

Earlier on Tuesday, the United States and Britain warned Russia over any new military aggression against Ukraine as NATO met to discuss why Russia had moved troops closer to its southern neighbor.

Russia has rejected suggestions it is poised to launch an attack on Ukraine as fear-mongering and has said its troop movements are purely defensive in nature.

"The Russian Federation is also experiencing certain concerns about the fact that large-scale exercises are being conducted near its borders, including unplanned ones, as was the case quite recently in the Black Sea, when strategic bombers ... were flying 20 km from our border ... There are precision weapons, there may also be nuclear weapons," Putin said.