Chinese President Xi Jinping delivers a keynote speech at the opening ceremony of the Eighth Ministerial Conference of the Forum on China-Africa Cooperation via video link in Beijing, China, Nov 29, 2021. (HUANG JINGWEN / XINHUA)

BEIJING – President Xi Jinping outlined on Monday a new road map to build a China-Africa community with a shared future in the new era, as he unveiled nine projects – including an aid package of another 1 billion doses of COVID-19 vaccines – to further cooperation.

Xi made the announcement in a keynote speech delivered via video link from Beijing to the opening ceremony of the Eighth Ministerial Conference of the Forum on China-Africa Cooperation in Dakar, the capital of Senegal.

To help Africa achieve its target of vaccinating 60 percent of its population by 2022, the president said, China will donate 600 million vaccine doses and offer another 400 million doses via joint production by Chinese and local firms.

Together, we have written a splendid chapter of mutual assistance amid complex changes and set a shining example for building a new type of international relations.

This year marks the 65th anniversary of diplomatic relations between China and African countries. Xi said the two sides have forged an unbreakable fraternity in their joint struggle against imperialism and colonialism, and have embarked on a journey of cooperation toward development and revitalization.

"Together, we have written a splendid chapter of mutual assistance amid complex changes and set a shining example for building a new type of international relations," he said.

He attributed the close relationship to "an everlasting spirit of China-Africa friendship and cooperation forged between the two sides, which features sincere friendship, equality, mutual benefit and common development, fairness and justice", adding that the relationship had progressed with "openness and inclusiveness".

Calling it the historic starting point of building a China-Africa community with a shared future in the new era, Xi made a four-point proposal: fighting COVID-19 with solidarity; deepening practical cooperation; promoting green development; and upholding equity and justice.

"We need to open up new prospects for China-Africa cooperation, expand trade and investment, share experience on poverty reduction, strengthen cooperation on digital economy, and promote entrepreneurship by young Africans and the development of small and medium-sized enterprises," he added.

He underlined the necessity for both sides to promote green development, saying there was a need to advocate green and low-carbon development and actively promote solar, wind and other sources of renewable energy.

In upholding equality and peace, he said China and Africa need to unequivocally stand for the just propositions of developing countries and translate their common aspirations and interests into joint actions.

Xi said China will work closely with African nations to carry out nine programs as part of the first three-year plan under the China-Africa Cooperation Vision 2035.

In addition to health programs, China will undertake 10 poverty reduction and agricultural projects in Africa and send 500 agricultural experts to the continent, he said.

China's imports from African nations will total $300 billion over the next three years. Fast lanes for African agricultural exports to China will be established by speeding up inspection and quarantine procedures. The number of products enjoying zero-tariff treatment for least-developed countries with diplomatic relations with China will also be increased, he said. 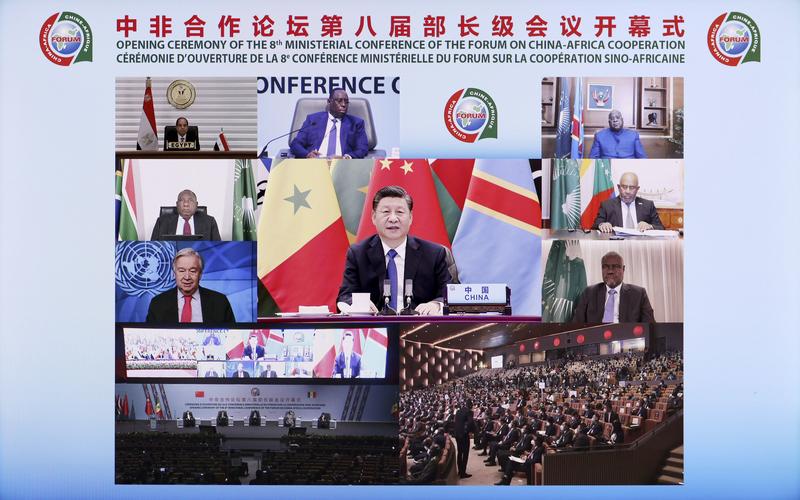 China will provide $10 billion to support African exports. A zone for in-depth China-Africa trade and economic cooperation will be built in China as well as a China-Africa industrial park for Belt and Road cooperation, Xi said.

China will help build or upgrade 10 schools in Africa, and invite 10,000 high-caliber African professionals to seminars and workshops, he said, adding that Chinese companies in Africa will be encouraged to create at least 800,000 local jobs.

ALSO READ: The secret to a prosperous China-Africa relationship

South African President Cyril Ramaphosa hailed the role of FOCAC in promoting South-South cooperation and relations between China and African countries. He called it a valuable and practical dialogue that helps to bring about a more equitable international order and amplify Africa's voice on the world stage. 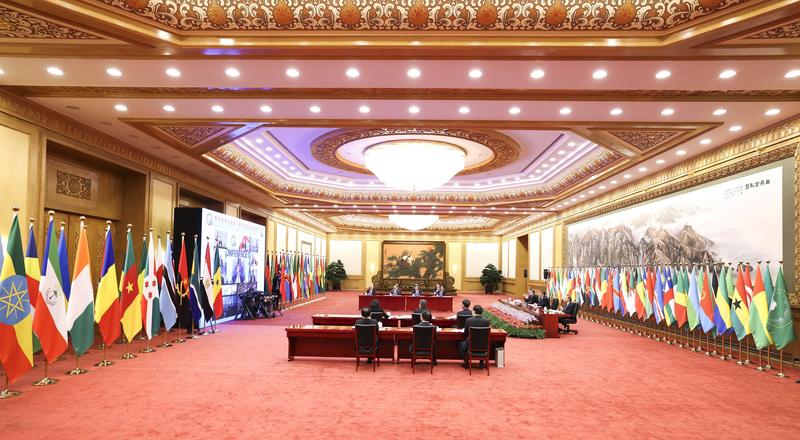 President Xi Jinping delivers a keynote speech at the opening ceremony of the Eighth Ministerial Conference of the Forum on China-Africa Cooperation. (PANG XINGLEI / XINHUA)

Since its inception, FOCAC has become an engine of progress and an instrument through which the two sides have forged diplomacy, security, trade and investment ties that bind African countries and China, Ramaphosa said. He added that South-South cooperation has become more important than ever as the two sides work to overcome the pandemic and strive for an equitable global economic recovery.

Zhao Jia contributed to this story.