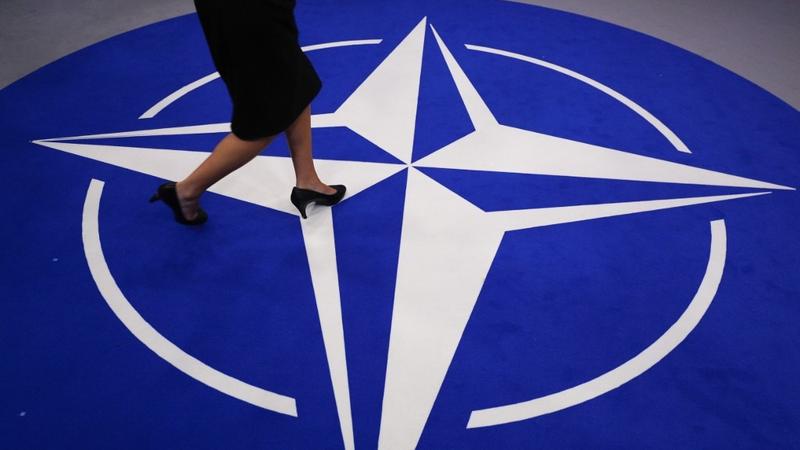 A woman walks across a carpet with the NATO logo ahead of a NATO (North Atlantic Treaty Organization) summit at the NATO headquarters in Brussels, July 11, 2018. (GEOFFROY VAN DER HASSELT / AFP)

Lithuania said on Sunday that NATO needed to adjust its stance towards Belarus, whose military, it said, was becoming more integrated with Russia’s armed forces.