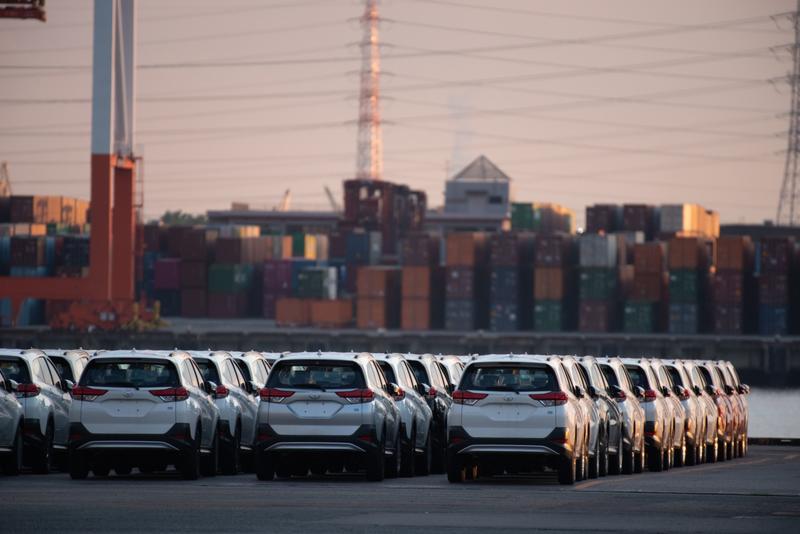 Toyota Motor Corp’s global output dropped by more than a quarter in October from a year earlier, as a shortage of semiconductors and other parts continued to impact automakers.

Early restoration of supply capacity in this context should generate volume and price effects and enable Toyota to sustain robust earnings growth.

Japanese automakers have struggled to restore production levels due to outbreaks of coronavirus cases in Southeast Asia, as well as a shortage of parts and semiconductors.

The chip crunch is projected to cost the auto industry $210 billion in lost sales this year, according to Alix Partners. Still, some companies such as Toyota and Nissan Motor Co have raised their earnings outlooks, with booming demand fueling higher prices and profits on automobiles.

Shares of Toyota fell as much as 3.4 percent on Monday, outpacing the Nikkei 225 and Topix Index.

Toyota is confident that its production will get back on track soon. The carmaker is planning to manufacture around 850,000 to 900,000 units in November, and ramp up output in the latter half of the fiscal year.

It also raised its annual operating profit to 2.8 trillion yen earlier this month, up from 2.5 trillion yen announced in August.

“Toyota is likely to begin catching up with production from January,” Jefferies analyst Takaki Nakanishi wrote in a note earlier this month. “Early restoration of supply capacity in this context should generate volume and price effects and enable Toyota to sustain robust earnings growth.”