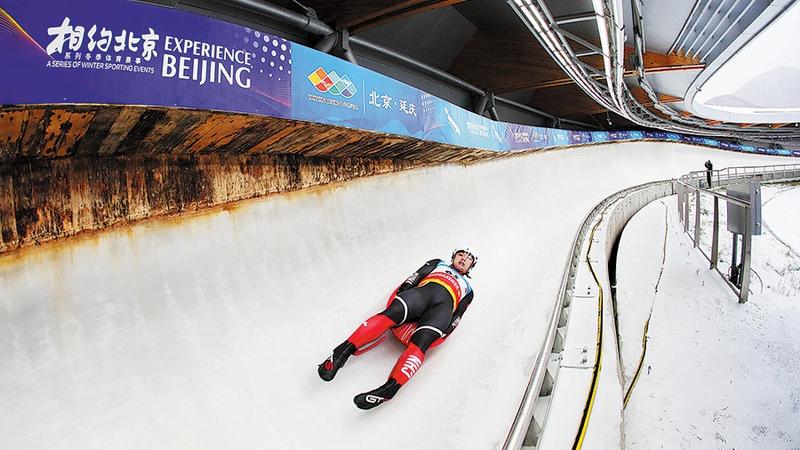 The National Sliding Center in Yanqing will stage an International Luge Federation World Cup leg from Nov 19-21. The meet will act as the venue’s final test event for the Beijing 2022 Winter Olympics. (DUAN XUEFENG / FOR CHINA DAILY)

Zhao Lijian made the comment when responding to US President Joe Biden's recent remarks that he was considering a diplomatic boycott of the Beijing Winter Olympics over Xinjiang.

Xinjiang affairs are purely China's internal affairs, which brook no interference by any outside force under any pretext and in any form.

"Xinjiang affairs are purely China's internal affairs, which brook no interference by any outside force under any pretext and in any form," Zhao said at a daily press briefing.

"For the Chinese people, what a laughing stock the US has made of itself in smearing Xinjiang over so-called genocide and forced labor," said Zhao, adding US allegations against China over other human rights issues are even more groundless.

The athletes participating in the 2022 Beijing Winter Olympics and Paralympics are the real protagonists, Zhao said, adding politicizing sports goes against the Olympic spirit and harms the interests of athletes from all countries.

ALSO READ: How the Beijing 2022 Winter Olympics benefit the people

He said China believes that guided by the Olympic spirit and with joint efforts of all sides, the country is sure to hold simple, safe and splendid Winter Olympic Games to the world, to jointly promote the sound development of international sports.