Win against Sinner convinces Murray he can compete at the top 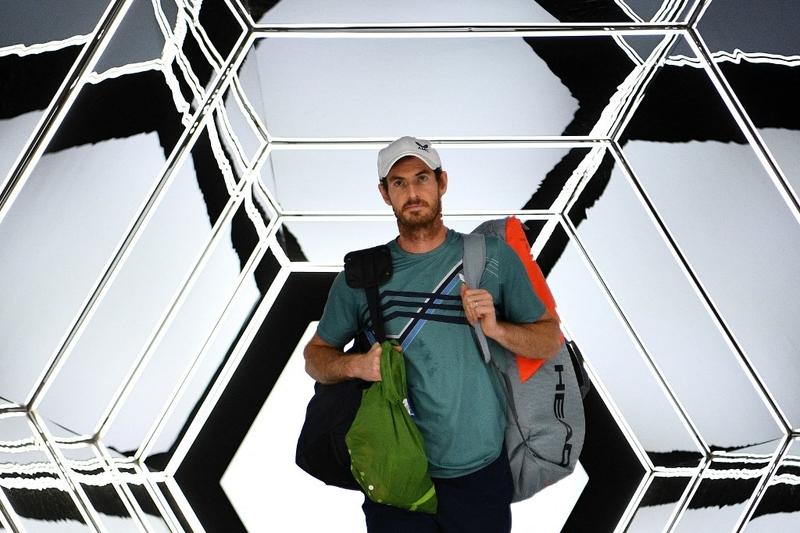 Britain's Andy Murray arrives on court ahead of his men's singles tennis match against Germany's Dominik Koepfer (not in image) on day one of the ATP World Tour Masters 1000 - Rolex Paris Masters - indoor tennis tournament at The AccorHotels Arena in Paris on Nov 1, 2021. (CHRISTOPHE ARCHAMBAULT / AFP)

Former world number one Andy Murray is convinced that he can once again compete at the top level after taking down Italian Jannik Sinner at the Stockholm Open on Wednesday for only his second win over a top 10 player in 2021.

The 34-year-old Murray had hip surgery in 2018 and 2019. Since his breaks for injury, the British player has not been able to revive the old form and consistency that saw him win three major singles titles.

Murray, ranked 143rd, secured his first win over a top 10 player in 14 months when he beat Poland's Hubert Hurkacz in the opening round of the Vienna Open last month.

American Tommy Paul, ranked 52nd, will be Andy Murray's next opponent and a victory will see the Briton reach his first tour-level semi-final in two years

"I'm convinced I can play ... well, I can. I'm playing at the top level and I'm winning matches against the best players in the world," Murray told reporters after taking down top-seeded Sinner, ranked 10th, 7-6(4) 6-3.

"The ones that I'm losing, I'm pushing the best players in the world. That argument is finished. I can compete at the top level."

The 20-year-old Sinner is one of the most promising young talents in men's tennis and he made Murray work hard for the victory in the second round.

"It was a very tough match. He hits the ball huge from the back of the court so there were a lot of long rallies and a lot of running. But it's probably my best win this season. I want to keep it going now," Murray said.

"If I want to move back up the rankings and have good runs in tournaments again, I need to win these matches."

American Tommy Paul, ranked 52nd, will be Murray's next opponent and a victory will see the Briton reach his first tour-level semi-final in two years.

"I don't know if it will be this week or the beginning of next year, but I'm going to be pushing and getting deep in tournaments again."