By Yang Han and Xu Weiwei in Hong Kong 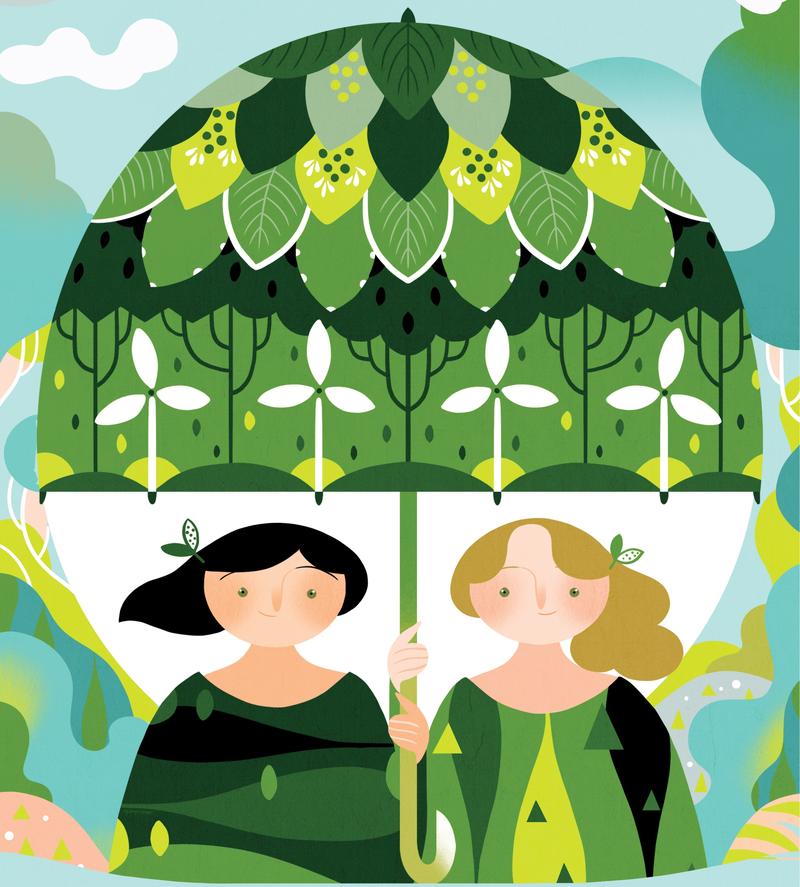 For dwellers in the Pacific and Indian oceans, Asian archipelagoes, African and American forests, actions taken by the world community against climate change now and after COP26 may mean the difference between survival and perishing; and for those in other developing nations, between livelihood and sacrifice.

The UN climate change summit, the 26th United Nations Climate Change Conference, or COP26 — which kicked off in Glasgow in the United Kingdom on Oct 31 and will run until Nov 12 — also found that developing countries, which have set out ambitious goals at the conference, are prepared to make the sacrifices but they cannot succeed without help from rich nations.

As leaders of many nations pointed out, what the developing world needs in earnest, among other assistance from advanced economies, is funding and technology for alternative lifestyles, clean and renewable energy, pollution-free transport and industrial development, experts said.

Developed countries made the pledge at a UN climate summit in Copenhagen in 2009. Yet, they failed to meet the promise and will only reach the target three years late in 2023, according to a report by the Organisation for Economic Co-operation and Development.

“The $100 billion pledge has long been seen as a minimum (that) climate finance must increase over time. India’s demand is now based on the historical failure in delivering the $100 billion in 2020,” said Anjal Prakash, research director at the Bharti Institute of Public Policy, Indian School of Business.

The ten-member Association of Southeast Asian Nations, in a summit statement issued on Oct 26, also urged advanced economies to “fulfill their commitment of mobilizing $100 billion per year by 2020 through 2025 to support the implementation of mitigation and adaptation actions of developing countries”. Similar calls were made by a number of state leaders including Chinese President Xi Jinping.

Seventy-eight out of 213 countries and regions have per capita carbon emissions above the world average, of which 56, or 72 percent, are advanced economies, according to a report from the UN’s Intergovernmental Panel on Climate Change, or IPCC.

As for Modi’s pledge for India to target net-zero carbon emissions by 2070, two decades behind the COP26 climate conference goal, Prakash said, “India needs to develop and decarbonize but we shall do it at our own pace as there is a developmental need that India has to fulfill.”

He noted that India has been an active member of the Like-Minded Developing Countries group which has met a couple of times to strategize the voice of the Global South.

However, “India feels that there should be climate justice and so industrialized nations that have contributed to much of climate change as we see it today must move to net-zero by 2030,” said Prakash, a lead author of some chapters in the IPCC’s sixth assessment report on climate change. 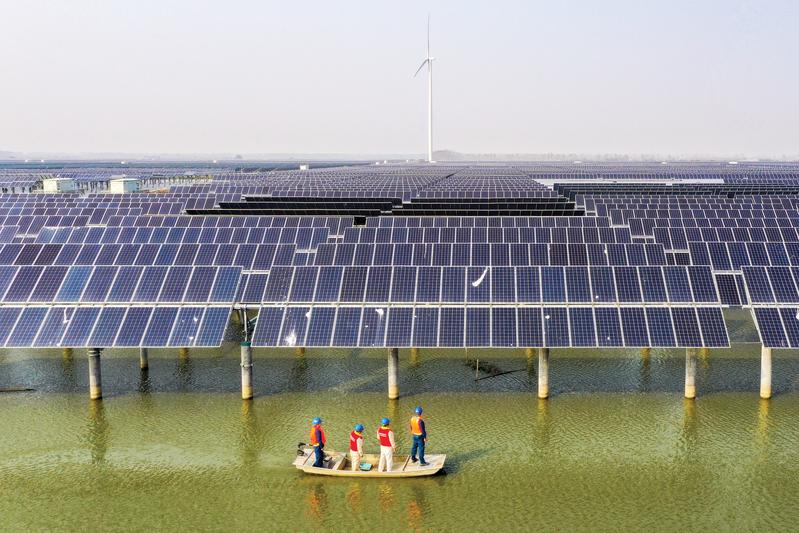 Political mutual trust between the wealthier and low-income countries is essential for global cooperation on climate change, former US vice president and environmentalist Al Gore told Xinhua in Glasgow on Nov 2.

Bolivian President Luis Arce talked of another approach, as he said, “The solution to the climate crisis will not be achieved with more green capitalism, or more global carbon markets. The solution is civilizational change, to move towards an alternative model to capitalism.”

In his speech, Widodo said that Indonesia, which is Southeast Asia’s biggest economy, “will be able to contribute faster to the world’s net-zero emissions goal”, but the question is how big the developed countries’ contributions are and what technology transfer they can provide.

“We, countries with large green areas and re-greening potential, as well as countries with vast seas that have the potential to contribute to carbon sequestration, need support and contribution from developed countries,” Widodo said.

Speaking at the COP26’s World Leaders Summit in Glasgow on Nov 1, Vietnamese Prime Minister Pham Minh Chinh said the international community must fully deliver on its financial commitments while setting out more ambitious goals after 2025.

Though Vietnam is a developing country that has just carried out its industrialization over the past three decades, Pham said the country will capitalize on its advantage in renewable energy and take stronger measures to reduce greenhouse gas emissions. Egyptian President Abdel Fattah al-Sisi said developing countries’ implementation of their commitment to address climate change is conditioned by the amount of support they receive. Developed countries “must fulfill their pledges”, he said. Leaders from various governments including Libya, Jamaica and Palestine made similar appeals.

In order to limit global warming to 1.5 C, a goal in the Paris Agreement, total climate finance needs to increase by an average of $436 billion per year between 2020 and 2030, according to a report by five green groups.

“Many of the countries most vulnerable to the impacts of climate change are also the least responsible for the historic emissions that are driving today’s crisis. It is important to support these countries with the financial and technological resources they need in order to equitably address climate change on a global scale,” said Surabi Menon, vice president of ClimateWorks Foundation, one of the contributing groups.

In an August report titled “Climate Change 2021: The Physical Science Basis”, IPCC discovered that unless there are immediate, rapid and large-scale reductions in greenhouse gas emissions, limiting warming to close to 1.5 degrees or even 2 degrees will be beyond reach.

Ibrahim Mohamed Solih, president of the Maldives, said at COP26 that a global average temperature rise beyond 1.5 C constitutes a “death sentence” for small island nations such as Maldives. 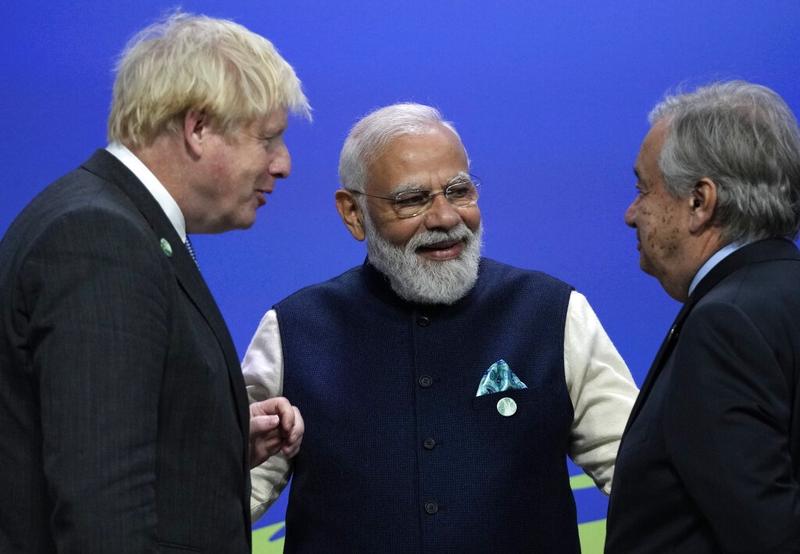 Over 80 percent of the land area of Maldives is less than one meter above mean sea level. “Our islands are slowly being eaten by the sea, one by one. If we do not reverse this trend, the Maldives will cease to exist by the end of the century,” Solih said.

According to a UN Environment Programme report released on Oct 26, individual countries’ current pledges will only cut emissions by 7.5 percent by 2030, but a 55 percent emissions cut is required to meet the Paris goal of maintaining global temperatures below 1.5 C. Going by the latest pledges, the world could be heading to a temperature rise of 2.7 C this century.

Inger Andersen, UNEP executive director, said the climate crisis had taken a toll on ecosystems and livelihoods, and that robust measures are required to reduce carbon emissions and accelerate a green transition.

Despite having limited resources compared with developed countries, many developing nations announced or reaffirmed their ambitious climate goals at COP26.

For example, Brazil’s Environment Minister Joaquim Leite said the country will cut its greenhouse gas emissions by 50 percent by 2030, up from the previous 43 percent. The country will also work to end illegal deforestation by 2028.

South Africa submitted a revised Nationally Determined Contribution, or NDC, to reduce domestic carbon emissions to within a target range for emissions between 420 and 350 million tons carbon dioxide equivalent by 2030.

Indonesia has committed to reduce emissions by 29 percent under a business-as-usual scenario, and by 41 percent with international support, by 2030. The country is also rehabilitating 600,000 hectares of mangrove forests by 2024 and developing the country’s tropical forests into a carbon net sink by 2030.

Noting Thailand was among the first countries to submit revised NDC, Thai Prime Minister Prayut Chan-ocha said the country aims to achieve carbon neutrality by 2050 and net-zero emissions by 2065.

With the climate crisis hitting the Middle East harder than most other parts of the world, the response of individual countries is not good enough to meet the challenge, according to Gidon Bromberg, director at Ecopeace Middle East, an environmental organization.

“The Middle East is forecast to receive or to suffer from increased temperatures of between 4 to 7 additional degrees and many areas ... of the region are already extremely hot for the long summer periods… Areas in the Middle East will become increasingly unlivable outside for extended periods of time,” said Bromberg, who is attending the Glasgow conference.

Noting that it is not surprising that the climate finance goals by rich countries have never been met, Chandran Nair, founder and CEO of Hong Kong-based think tank Global Institute for Tomorrow, said it is important for developing countries to adopt a different development model that suits their own capacity and situation.

Prime Sarmiento, Jan Yumul in Hong Kong and agencies contributed to this report.