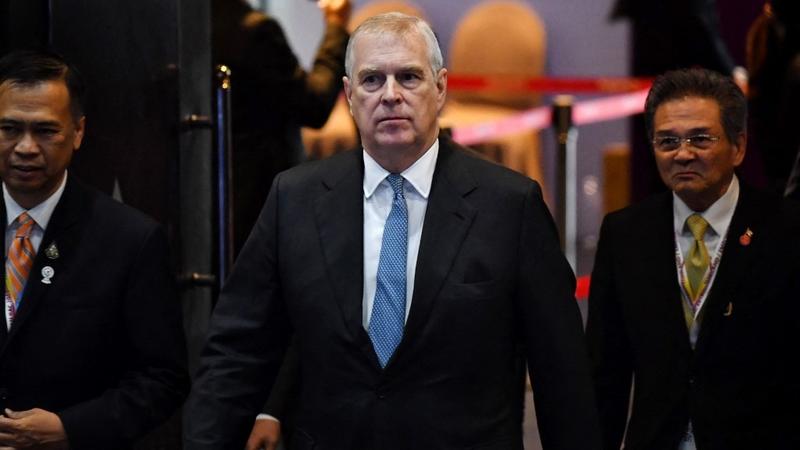 In this Nov 03, 2019 photo, Britain's Prince Andrew, Duke of York arrives for the ASEAN Business and Investment Summit in Bangkok on the sidelines of the 35th Association of Southeast Asian Nations (ASEAN) Summit. (Lillian SUWANRUMPHA / AFP)

Prince Andrew says a confidential 2009 settlement in a lawsuit brought by Virginia Giuffre against disgraced financier Jeffrey Epstein “releases” the British royal from the sexual-assault claims she made in a separate complaint against the prince in August.

Giuffre claims Prince Andrew sexually abused her after Epstein, a disgraced financier who died in a New York jail in 2019, “lent” her out to powerful men.

The settlement Virginia Giuffre reached with Jeffrey Epstein remains under seal. In a letter Tuesday to the federal judge in Manhattan, Prince Andrew’s lawyer, Andrew Brettler, said he believes the 2009 agreement “releases Prince Andrew and others from any and all liability

She alleges the abuse occurred at Epstein’s home in New York, his private island in the US Virgin Islands and the London home of Ghislaine Maxwell, the British socialite awaiting trial on charges she helped Epstein traffic underage girls for sex. The prince has denied the allegations.

The settlement Giuffre reached with Epstein remains under seal. In a letter Tuesday to the federal judge in Manhattan, Prince Andrew’s lawyer, Andrew Brettler, said he believes the 2009 agreement “releases Prince Andrew and others from any and all liability.” At a hearing last month, Brettler argued the accord “absolves” the prince.

Giuffre lawyer David Boies said last month said she’d share the Epstein settlement agreement but insisted it would be “irrelevant to the case against Prince Andrew.”

The settlement has also been raised in her lawsuit against Alan Dershowitz, an emeritus Harvard Law School professor.

She says she was forced to have sex with friends and acquaintances of Epstein, including Dershowitz.

She sued him for defamation in 2019, after he repeatedly denied her claims and called her a liar. Dershowitz counter-sued her for defamation and infliction of emotional distress.

Epstein was found dead in his jail cell in 2019 in what authorities later ruled a suicide. He’d been awaiting trial in his own federal sex trafficking case in New York.