By Chen Shuman in Hong Kong 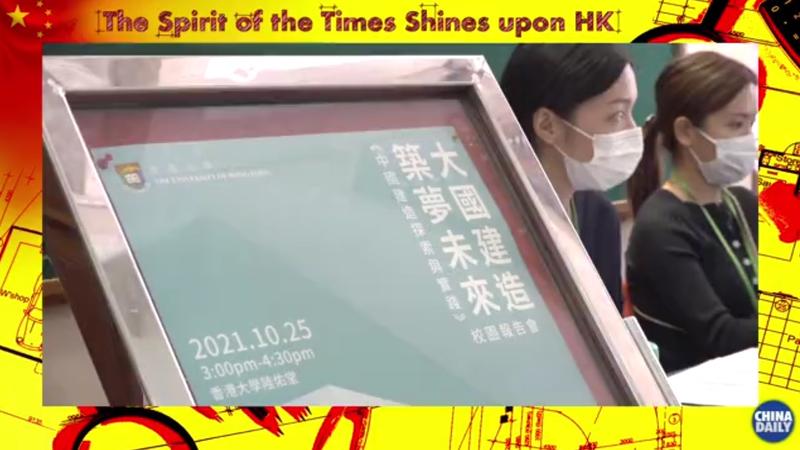 One of the nation's top architectural engineering experts has encouraged aspiring Hong Kong students and teachers in the sector to seek broader development on the Chinese mainland, which can offer more challenging and diversified construction projects.

His remarks received a positive response from Hong Kong students, who expressed great enthusiasm for the nation's construction technology, and confidence in the industry's development.

Delivering a lecture at the University of Hong Kong, Xiao Xuwen, an academician of the Chinese Academy of Engineering and chief expert of the China State Construction Engineering Corp, spoke about the nation's major construction projects and the development of China's construction industry.

The event was held hours after the grand opening ceremony of an exhibition at the Hong Kong Convention and Exhibition Center. The exhibition, which runs through Saturday, showcases the long history of Chinese architecture and the achievements of Chinese construction.

To strengthen HKU's engineering-related faculties, Xiao Xuwen said he hopes the university will not only emphasize its professional training, but also strengthen its engineering management

This was the first lecture given by a delegation of national architectural engineering experts who are visiting Hong Kong this week to meet university students. In the following days, more lectures will be held at the Hong Kong Polytechnic University, the Hong Kong University of Science and Technology, and the Chinese University of Hong Kong.

Responding to a student's question on how to take part in the nation's construction industry, Xiao said that Hong Kong students with the determination to devote themselves to the professional field, especially those from the University of Hong Kong, would be welcome to join the construction projects of Hong Kong and those of the mainland.

Noting that the University of Hong Kong is one of the most renowned universities in the world, Xiao said that the mainland construction industry requires professionals with a broader knowledge basis, as there are richer natural resources and abundant land types, including lakes, seas, deserts and grasslands. 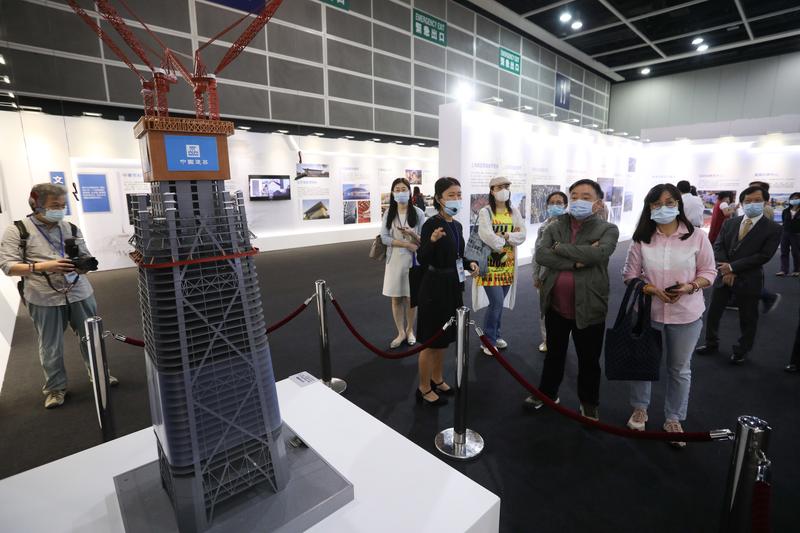 A model at the exhibition shows a skyscraper building machine developed and upgraded by the China State Construction Engineering Corp. The new construction technology enables a building to be completed at a staggering speed of one floor every three days, saving time and manpower, while improving safety on construction sites. (CALVIN NG / CHINA DAILY)

He welcomed enterprising youngsters from the university to seek a brighter future and better career development on the mainland.

During Monday's event, the conference hall was fully occupied with over 100 students and faculty members. During Xiao's 90-minute presentation, he elaborated on the technological achievements of China's construction industry, including the technological innovation system, and explained the nation's future development path of green and intelligent construction.

Ssuwei Chen, a 24-year-old doctoral student in civil engineering, said he was most impressed by the nation's construction achievements in building the Hong Kong-Zhuhai-Macao Bridge, the longest sea crossing and the longest open-sea fixed link in the world, and the Beipanjiang Bridge, the world's highest bridge, linking Guizhou and Yunnan provinces.

Chen said it was a rare opportunity for him to meet the nation's top construction expert and listen to his insights of the industry, adding that the lecture has inspired him to consider the knowledge acquired in class from a more professional perspective.

Wang Binwei, a 22-year-old postgraduate student in construction project management, said Xiao's speech made him more determined to participate in the nation's construction industry. He added that it is now his goal to take part in some "super construction projects" of the nation, something comparable Shanghai Tower - the world's second-tallest building by height to architectural top.