By Alfred Romann in Vancouver 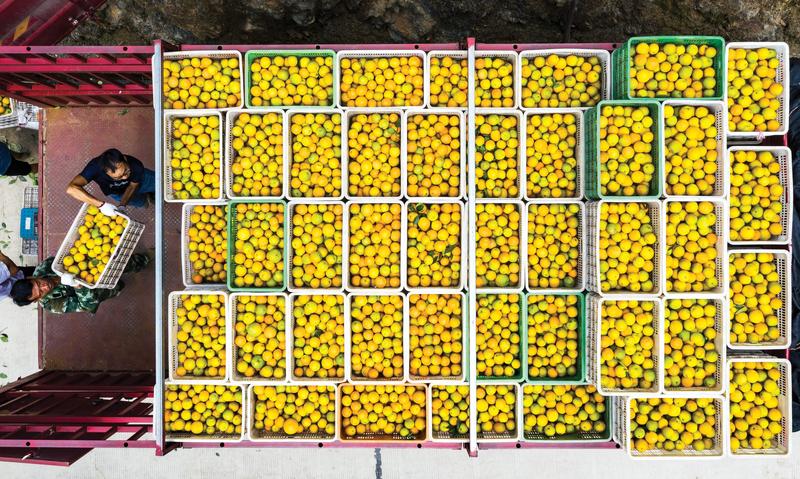 Farmers load oranges in Zigui county, Yichang, Hubei province. The fruit is one of the area’s main crops. (ZHENG JIAYU / FOR CHINA DAILY)

Food prices are rising rapidly around the world due to damaged supply chains, high shipping costs, pandemic-related disruptions and the impact of climate change in the form of extreme heat waves, floods and droughts.

The UN Food and Agriculture Organization said in a recent report that food prices rose by 33 percent year-on-year in August, following a 31 percent rise in July.

Costlier food has disproportionally affected people in poorer developing countries and consumers with low incomes in wealthy nations, forcing them to cut down on some foods or reduce consumption.

Barsali Bhattacharyya, manager for Industry Briefing at The Economist Intelligence Unit, said, “The lockdowns in 2020 led to an initial spike in food prices, but the easing of restrictions has made things worse.

“A recovery in consumer demand has led to a shortage of shipping containers, raising fuel prices and freight charges in the process,” Bhattacharyya said, adding, “Generous income support plans in Western countries have created worker shortages, pushing up costs further.”

Port closures due to the COVID-19 pandemic have made matters worse.

“The final blow, however, came from adverse weather conditions, particularly frost in Brazil and drought in North America,” Bhattacharyya said.

Price rises this year have been steep and reported around the world. 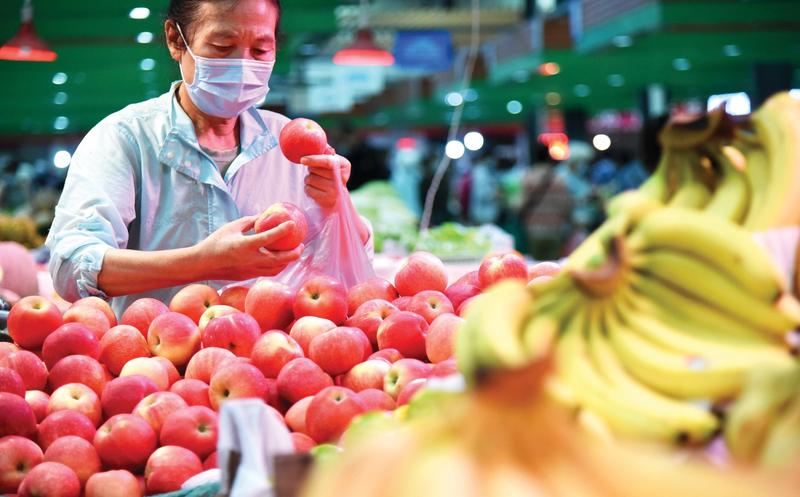 In Canada, for example, prices of round steak rose by 6 percent from March to July and prime rib roast prices have grown by about 15 percent, according to Statistics Canada.

Sylvain Charlebois, director of the Agri-Food Analytics Lab at Dalhousie University in Canada, said food prices could rise by 5 percent on average this year.

China may be the only major economy spared the worst impacts of the price rises, due to government purchases to shore up supplies, along with relatively subdued inflation.

The main reason for the higher global prices appears to be supply shortages caused by a combination of natural disasters, drought and shipping issues.

Guillermo Gomez, president of the Colombian Association of the Gastronomic Industry, said that in the South American nation, for example, there are shortages of oil, chicken, beef, eggs, vegetables and special cuts of beef. The restaurants in Gomez’s association are particularly susceptible to price rises, as they cannot easily pass these on to customers.

In the United States, restaurant prices rose by 4 percent in June alone, according to the National Restaurant Association, which also said there are now some 1 million fewer jobs at eating and drinking establishments.

Extreme weather conditions such as record high temperatures and droughts in North America and Europe, along with frosts in Brazil, damaged crops, cut supply lines and led to higher prices for many items. 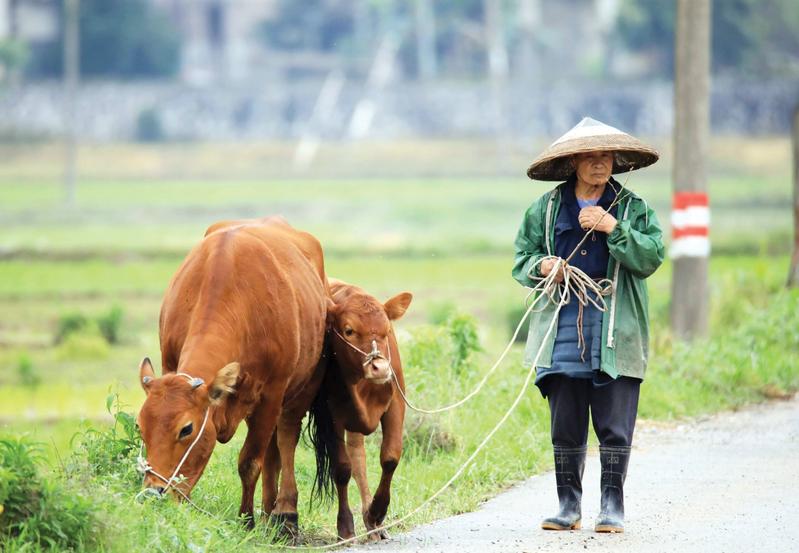 A farmer tends a cow and her calf in a village in Guangxi Zhuang autonomous region. (TANG KAIXING / FOR CHINA DAILY)

Charlebois, from Dalhousie University, said: “The Northern Hemisphere was affected by severe droughts and floods, so inventories will be lower as we start the fall season.” Many items will be more expensive, he added.

A report from the UN’s Intergovernmental Panel on Climate Change released in early August said the world is warming quickly and approaching 1.5 C above pre-industrial levels, meaning more frequent droughts and destructive wildfires.

In turn, these result in damage to crops, impaired agricultural supply chains and more expensive food, affecting supplies of agricultural produce and driving up prices.

Anilkumar Bagani, head of research at oil broker the Sunvin Group in India, cited Malaysia as an example, saying the country’s palm oil exports this year will be about 18 million metric tons, down from 19.2 million tons last year.

“Palm oil is the most-consumed vegetable oil globally and is used for many things, ranging from baked goods to ice cream. Reduced production leads to elevated prices, which will have a negative impact on food prices,” Bagani said.

“The palm oil industry in Indonesia, the biggest such producer in the world, has not been growing at the pace expected. Malaysia, the second-biggest producer, has also seen its production fall due to COVID-19-related labor issues.” 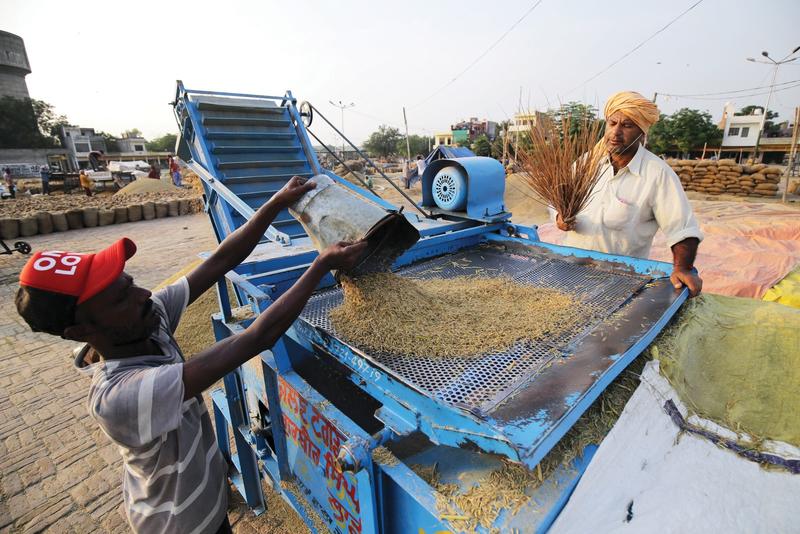 He added: “There is also a shortage of transportation. I was recently in New York and was told by our customers that a container from Vietnam that used to cost $1,500 for shipping now costs $12,000.

“If you talk to importers, you find that freight rates from China to Colombia have risen by six or seven times. The world has a gigantic crisis in the entire maritime logistics sector.”

In early August, the Baltic Dry Index, which tracks rates for ships carrying dry bulk commodities, rose to an 11-year high, passing above 4,200, more than 10 times higher than in May last year.

Charlebois said: “Global logistics will be in a mess for quite some time, which will keep prices higher. Most observers agree that transportation costs will start to fall only by the end of 2022 and early 2023, not before. The global economy is not balanced as it was before the pandemic and it will take a while before all regional economies around the world are synchronized.”

One significant issue is the global shortage of workers. In Vietnam, for example, the government has brought in the army to harvest rice because there are not enough farmworkers for this task.

In the United Kingdom, there is a shortage of truck drivers, while in Brazil, this year’s coffee crop took four months to harvest, instead of the usual three.

Bhattacharyya, from the EIU, said, “High prices for staple foods will have a disproportionate impact on poorer countries, where food already accounts for a significant share of overall consumer expenditure.” 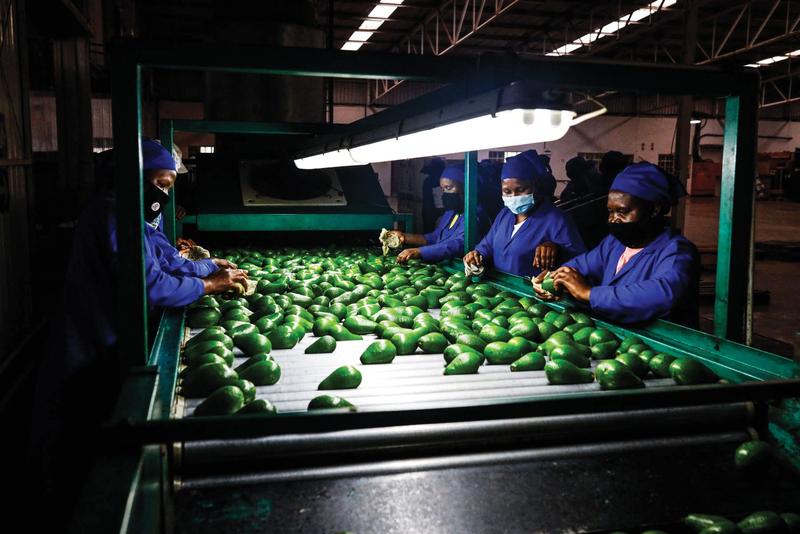 The EIU expects outlays on food, beverages and tobacco as a share of total spending in G7 countries will return to pre-pandemic levels at some point this year, but not until at least next year in Latin American nations, the Middle East and Africa.

“Many of the current factors pushing up prices are transitory. Transportation challenges are expected to start easing into 2022, but any consequent rebound in prices will be modest,” Bhattacharyya said.

“Governments, especially those in poorer countries that are more vulnerable to climate change, will have to be cautious of food shortages escalating into civil unrest.”

Efforts by governments to force down food prices have not always helped. For instance, Argentina imposed caps on beef exports as part of attempts to curb domestic inflation.

The export curbs have been so effective that Argentina’s beef exports in July fell below 50,000 tons, down from almost 100,000 tons a year earlier, and below the beef export levels of Uruguay, a country about one twentieth the size of Argentina.

As Argentina is one of the largest beef exporters in the world, the caps had an impact on global prices for the meat.

According to experts, food inflation could remain a problem for some time, particularly if extreme weather events persist. 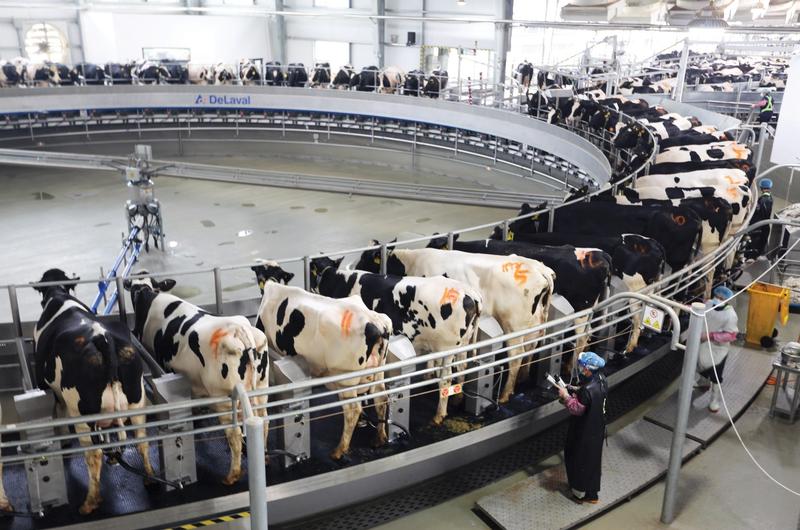 Cows are milked at a farm in Yinan county, Shandong province. (WANG YANBIN / FOR CHINA DAILY)

While steep rises in food prices should prove temporary and ease once global trade returns to pre-pandemic levels, steady but less severe hikes could be experienced. Climate change and shifts in agricultural production patterns caused by droughts and other extreme weather conditions will require more long-term solutions.

“The need to adopt sustainable agricultural practices will be more pressing than ever, and whether developing economies have the means to do this is a crucial question,” Bhattacharyya said.

Some crops are already disappearing, according to the International Union for the Conservation of Nature, which keeps a Red List of plant and animal species that are endangered or threatened.

Vanilla, which is widely used around the world, is becoming much more expensive, as the orchid species it is produced from is native to South and Central America and in real danger of extinction.

Three out of five avocado species are also at risk of extinction as are nearly 25 percent of wild potato species. Wild cotton is also in danger, with 92 percent of species disappearing. The danger comes in large part from pesticide use in agriculture.

The extinction of so many species could threaten food security, as wild crops are important because these can be used to help food staples adapt to climate change.

One solution may be to help such staples, especially grains, evolve by creating strains more resilient and resistant to extreme weather, capable of producing higher yields and including more nutritional content. Producing more crops with these qualities would help keep prices down by strengthening supply chains.

Numerous projects are underway worldwide to create these types of crops. For instance, a team of scientists at Pusan National University in South Korea is working on improving rice crops by studying plant biology and genetics.

David Ho contributed to this story.