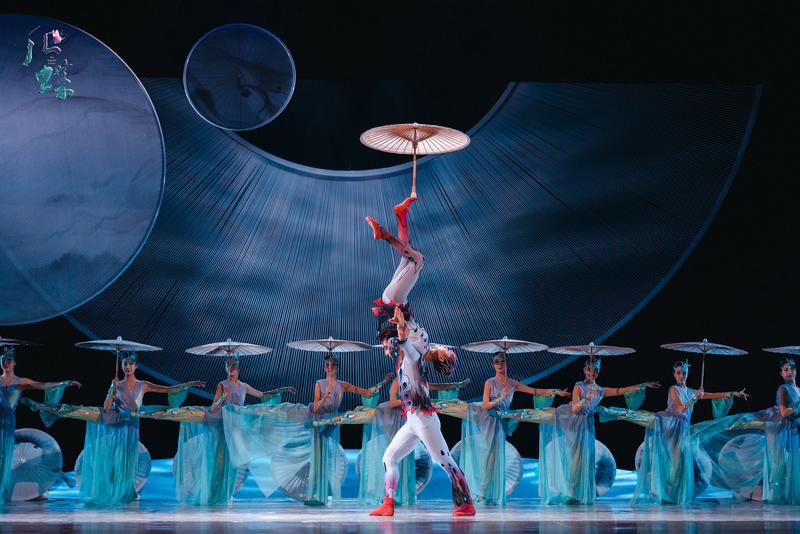 Butterfly Lovers, an acrobatic ballet, is part of the Show Life in Shanghai series running until Dec 5. (PHOTO PROVIDED TO CHINA DAILY)

Cantonese Opera singer Zeng Xiaomin commenced the sixth leg of her national tour with a performance at Wanping Theater in Shanghai on Oct 15. Her concerts are part of the 16 productions in the Show Life in Shanghai series, presented by the Center for China Shanghai International Arts Festival. Most of these productions are original works created in the past few years. The series will run until Dec 5.

Zeng is a leading artist of Cantonese Opera, a traditional folk opera that originated from Guangdong province and the Pearl River Delta region.

Her first show in Shanghai was a solo concert accompanied by the Shanghai Philharmonic Orchestra. On the two evenings that followed, she performed The Fairy Tale of the White Snake and The Red Scarf. The former is a traditional repertoire adapted from Chinese folklore and the latter is a new production.

"We were greatly encouraged to learn upon arriving in Shanghai that two of the shows were sold out a week before," Zeng said in Shanghai on Oct 14. "Cantonese Opera has fans all over the world, and we are dedicated to making it attractive to young audiences."

Zeng says that they edited some long aria episodes, and made sure the signature parts of Cantonese Opera art are highlighted. "The new adaptation has turned out to be popular with young audiences and thanks to the movie production, we are able to reach more audiences, especially on the internet." 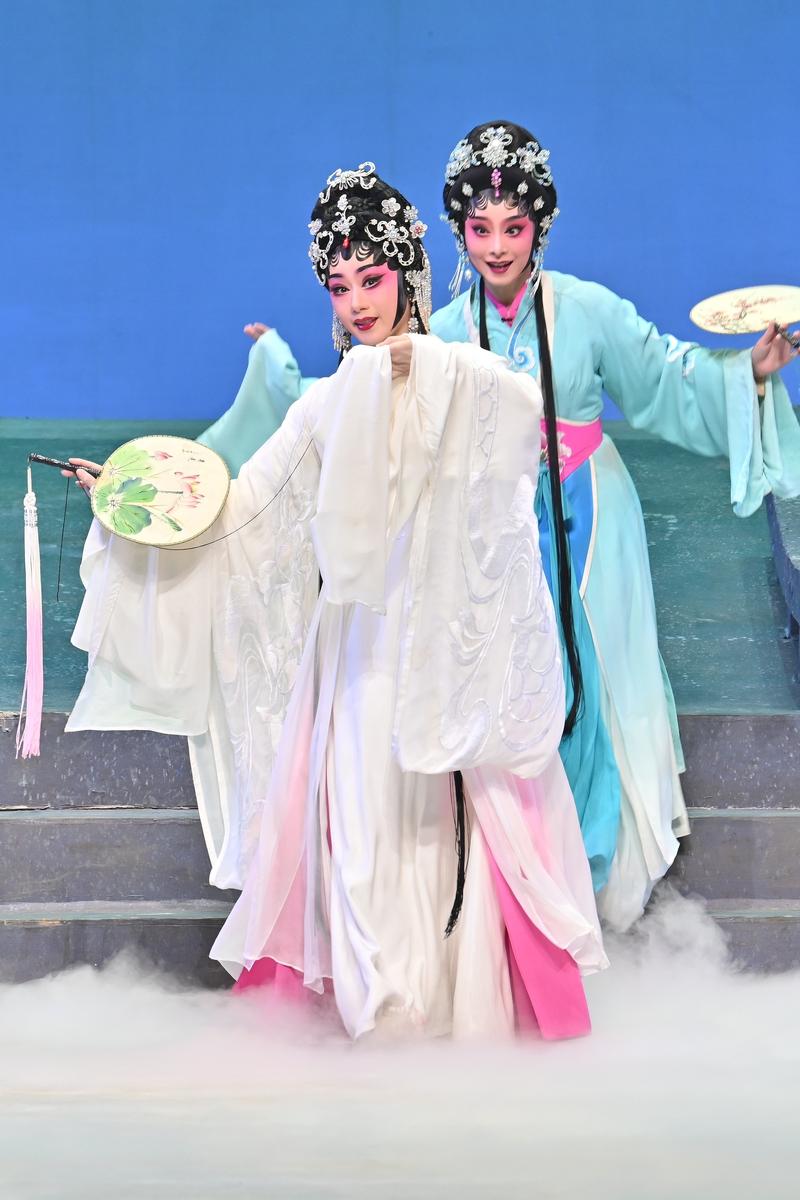 Cantonese Opera artist Zeng Xiaomin in The Fairy Tale of the White Snake, and in a solo concert accompanied by the Shanghai Philharmonic Orchestra held last week. (PHOTO PROVIDED TO CHINA DAILY)

White Snake, a well-known repertoire of Cantonese Opera, was made into China's first 4K Cantonese Opera movie and won critical acclaim after its release in May. And on popular video-sharing platform Bilibili, the movie opera has been viewed 6.41 million times.

Young people in Shanghai are "known to enjoy theatergoing and support classical Chinese art", she adds, and the artists feel honored to present their shows in the metropolis.

Yang Jing, Party secretary of the center, said at a news conference for Zeng's tour in Shanghai that they hope to "create more opportunities for Cantonese Opera, and introduce traditional opera as well as other Chinese art to the world".

The center has been the biggest champion of performing arts in Shanghai. Although outstanding global productions of theater, ballet and music are regularly held in the city, the center has also built a close partnership with performing art festivals, agencies and institutions abroad to help Chinese productions go on international tours.

The COVID-19 pandemic has forced the international arts festival to be postponed for two consecutive years, but the center is nevertheless working closely with international partners to make plans for future collaborations. 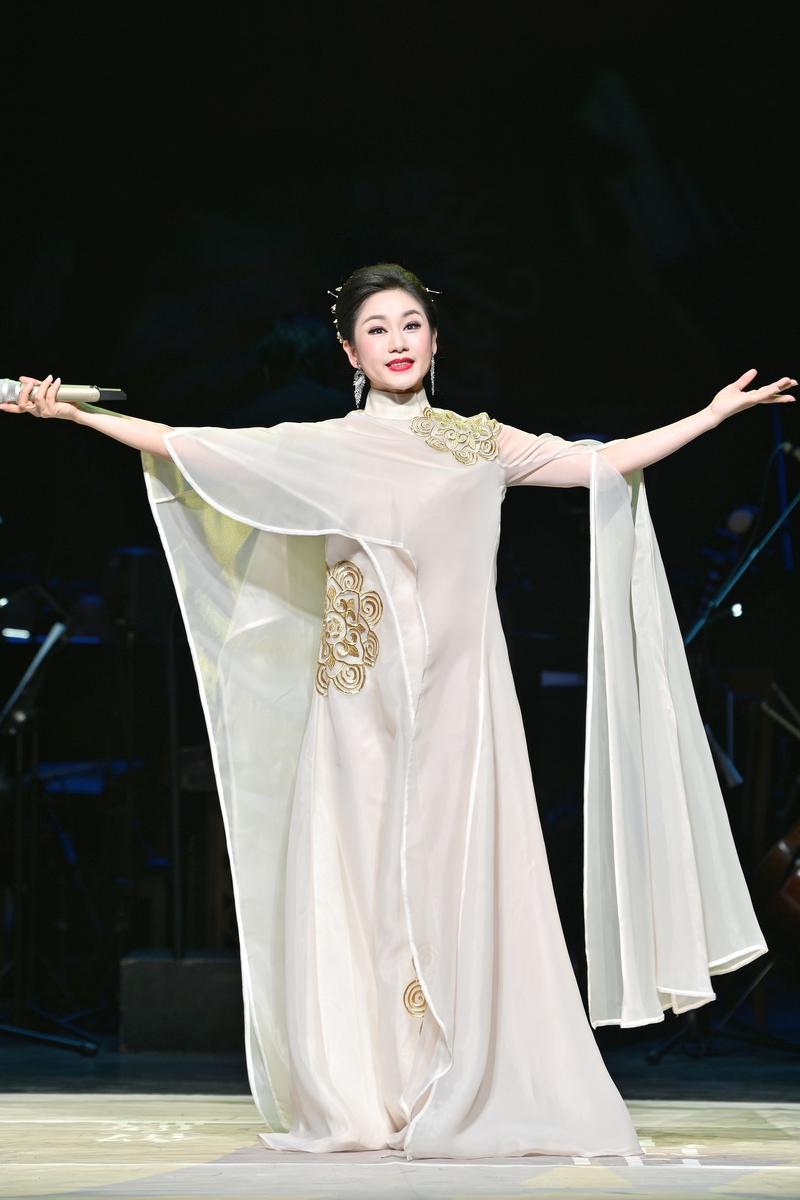 Cantonese Opera artist Zeng Xiaomin in The Fairy Tale of the White Snake, and in a solo concert accompanied by the Shanghai Philharmonic Orchestra held last week. (PHOTO PROVIDED TO CHINA DAILY)

One of the 16 productions featured in the Show Life in Shanghai series is Butterfly Lovers, an acrobatic theater show that will premiere in Shanghai on Nov 12, and the center will take the production on tour to Europe in the future, as was announced last week.

Starting in 2023, 50 performances of Butterfly Lovers will be held in five European countries, according to Xinmin Evening News.

In 2003, the two dancer-acrobats presented a short episode of Butterfly Lovers at the China Central Television's Spring Festival Gala show and were highly praised for their efforts. The next year, the duo presented 20 acrobatic ballet shows of Swan Lake in Shanghai.

Butterfly Lovers will feature the original acrobatic ballet created by the duo, as well as acrobatic stunts. According to Zhao Ming, director of the show, the story about the hero and the heroine's struggle and pursuit for love and freedom will be presented alongside their transformation into beautiful butterflies afterward.