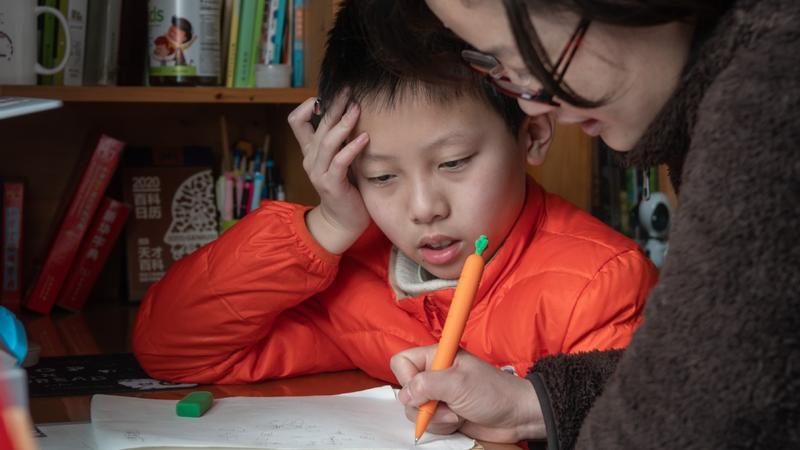 In this undated photo, a parent helps her son with his homework at home in Shanghai. (WANG GANG / FOR CHINA DAILY)

BEIJING - Chinese lawmakers are mulling over a draft law banning parents from placing excessive workload on their children.

It also requires parents to play their part in preventing their children from being addicted to the internet, Zang said.