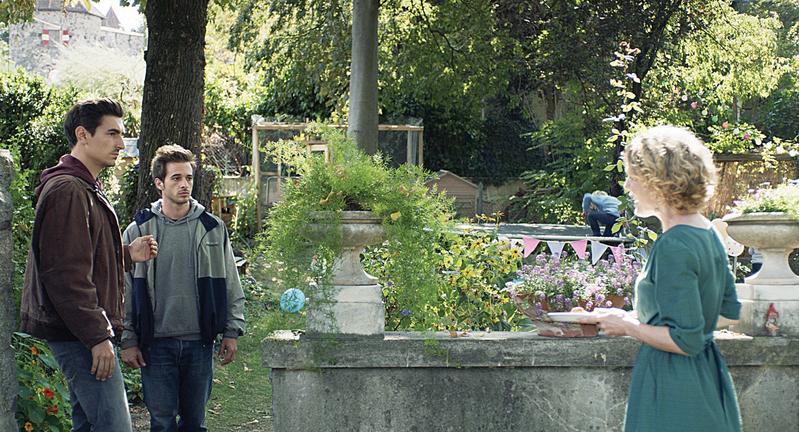 Normally in October, the likes of Venom: Let There Be Carnage and Daniel Craig’s James Bond finale wouldn’t still be lingering in theaters, as it is traditionally a bit late in the year for so-called mindless action. But COVID-19 continues to exert itself on what we all believed was normal, and so all those awards contenders and under-the-radar dramas that should dominate cinema screens late in the year are getting lost in the shuffle.

But anyone looking for less-frenetic, more-thoughtful entertainment that also leaves enough time in the day for dinner and a few chapters of a book before bed can take solace in indie Greek writer-director Stelios Kammitsis’ The Man with the Answers, an ironically titled, delicately queer road trip precisely about not finding answers.

The Man is Kammitsis’ second feature after his 2011 debut Jerks, which was a similar low-key, fixed-time character study about three young men deciding to dump the ruin of Athens — literally, for the story unfolds during Greece’s austerity years — for Berlin. The trio spends a contemplative last night wandering the streets of Athens’ Exarchia district before their flight. In The Man, Kammitsis once again is less focused on narrative than on where his characters’ headspace is, on what makes them stagnate or thrive, or on what inspires them to finally reach out and connect with another person. 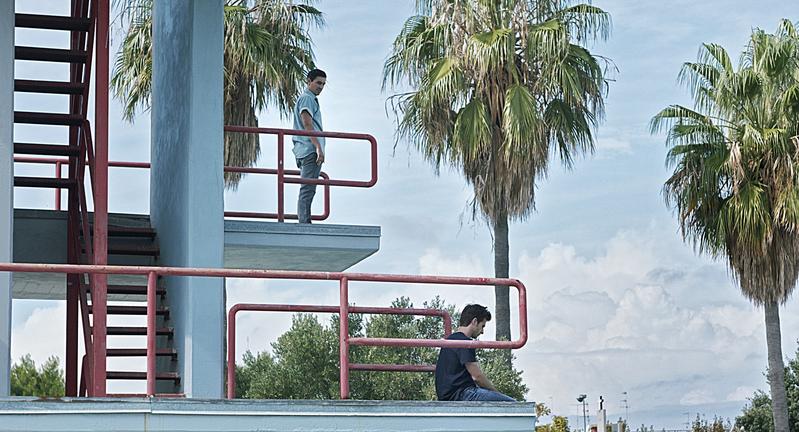 The story, such as it is, starts with former competitive Greek diver Victor (Vasilis Magouliotis) struggling through a mundane, hand-to-mouth existence by himself in Patras, taking care of his terminally ill grandmother. When Grandma finally dies, he packs up, takes her dusty old Audi out of mothballs, and hops on a ferry to Bari. The plan is to drive north through Italy and reunite with his estranged mother, Angeliki (Stela Fyrogeni), now living in southern Germany. On the ferry he picks up a traveling companion: the free-spirited German Matthias (Anton Weil).

Victor and Matthias are opposites: Victor is flailing, without direction, sullen and disconnected from his own sexuality and overall uptight. Matthias is heading back to work after a Greek vacation. He’s confident, constantly flirting with the oblivious Victor, and ultimately pulls him out of his comfort zone. The clashing duo’s picaresque trip is what drives the film’s modest action as well as underpins Victor’s arc, though by the end of the film that arc is still a work in progress.

Kammitsis wraps the key “nothing” moments in Victor’s internal trip around shifting landscapes and metaphoric spaces, starting with the clear sunniness of the southern Italian coast and ending in the murkier forests of Bavaria. Notably, the trees get really thick after a pair of brief romantic encounters compel Victor to admit an attraction to Matthias. Relative newcomer Magouliotis and television regular Weil forge a believable odd-couple dynamic, and the film’s swift pacing never wears out its welcome.

And anyway who doesn’t want to vicariously visit the Italian Alps these days?