WHO: 6 out of 7 COVID-19 infections in Africa undetected 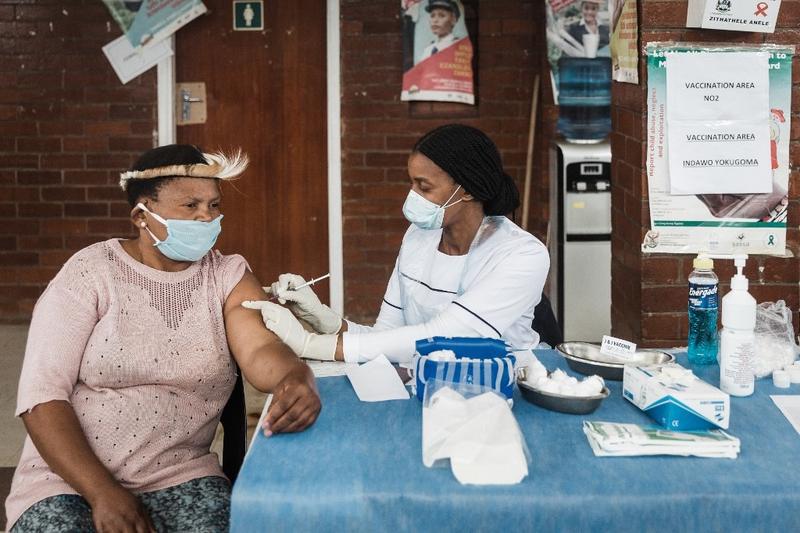 In this Sept 24, 2021 photo, a woman looks on as she receives a jab of the Johnson and Johnson vaccine from Sister Nomhosi Msibi during the launch of the VaxuMzansi National Vaccine Day Campaign at the Gandhi Phoenix Settlement in Bhambayi township, north of Durban on Heritage Day. (RAJESH JANTILAL / AFP)

BRASILIA / RIO DE JANEIRO / MILAN / MEXICO CITY / ABUJA / LONDON - Six out of seven COVID-19 infections go undetected in Africa, showing that the impact of the disease on the world’s least vaccinated continent is likely underestimated, according to the World Health Organization.

To date 8.4 million cases have been confirmed in Africa, or 3.5 percent of the global total, even though the continent accounts for about a sixth of the world’s population.

The WHO will later on Thursday announce a plan to step up testing in Africa.

Belgium’s app that verifies coronavirus vaccinations reported a data leak, just days before Brussels is set to require people to prove they’ve been jabbed in order to enter restaurants.

A potential leak of the CovidScan app may have exposed the sensitive health data of 39,000 people, the country’s data protection authority said in an emailed press release. The app is used to read the QR codes - usually on a phone - that prove people have received a vaccine or have recently tested negative for the virus.

From Friday the nation’s capital will mandate people to show a Covid pass to enter bars, restaurants, sports clubs and hospitals. The measure aims to stoke the local economy and spur vaccinations.

Brussels’ vaccination rates lag behind the rest of the country forcing it to keep tighter measures in place.

Italy reported 37 coronavirus-related deaths on Wednesday, down from 49 the previous day, the health ministry said, while the daily tally of new infections rose to 2,772 from 2,494.

Italy has registered 131,421 deaths linked to COVID-19 since the outbreak in February last year. It has the second highest toll in Europe behind Britain and the ninth highest in the world. The country has reported 4.71 million cases to date.

Latvian President Egils Levits tested positive for coronavirus after returning from a trip to Sweden, his spokeswoman said in a statement.

His meeting with his Estonian counterpart Alar Karis, originally planned for Thursday, will be canceled.

Mexico’s health ministry on Wednesday reported 6,320 new cases of COVID-19 in the country and 420 more deaths, bringing the overall number of infections since the pandemic began to 3,738,749 and the death toll to 283,193.

It has previously said that these numbers are likely significantly higher than those reported.

Nigeria will require civil servants to show proof of vaccination against COVID-19 or a negative test for the disease to gain access to their offices from the beginning of December, a presidential committee said on Wednesday.

The presidential committee said unvaccinated government workers will need to present a negative test result done within 72-hours before they are granted access to their offices across the country and its embassies abroad.

"An appropriate service wide advisory/circular will be issued to guide the process," Boss Mustapha, chairman of the presidential steering committee on COVID-19, said in a statement.

Nigeria has administered some five million vaccine doses to its 200 million citizens, and is in the midst of deploying millions more doses of Moderna and AstraZeneca shots received through the COVAX vaccine scheme for developing countries. 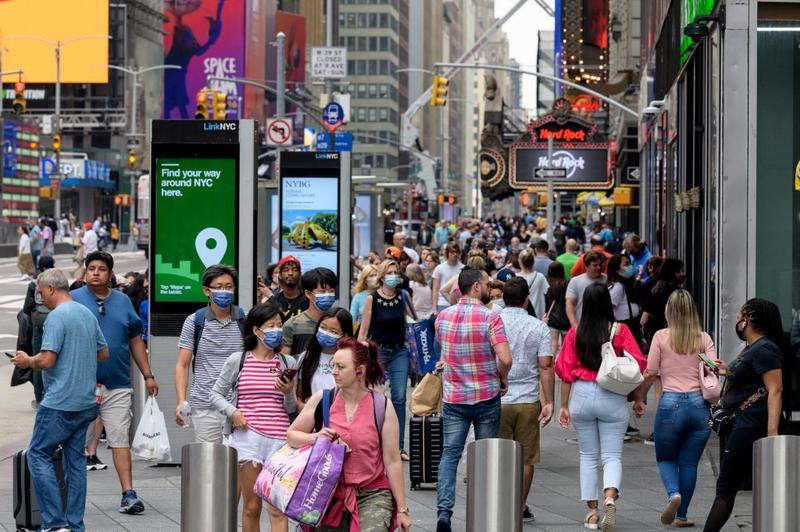 The Pan American Health Organization (PAHO) said on Wednesday that COVID-19 cases are dropping overall in North America but remain high in the American Midwest, Alaska, and Canada’s Northwest Territories, where infection rates are 10 times the national average.

Infections are also dropping across South America, though cases are up in the greater Caracas area of Venezuela, and in parts of Chile’s southernmost regions.

In the Caribbean, Barbados is reporting the highest number of COVID cases and deaths since the pandemic started, with a five-fold increase in COVID infections over the last month, PAHO said.

The regional branch of the World Health Organization called for concerted action in the Americas to help every country reach the WHO’s vaccination coverage target of 40 percent of their population by the end of this year.

So far, only nine countries in the region have vaccinated 50 percent of their people, while six - Jamaica, St Lucia, St Vincent & the Grenadines, Haiti, Guatemala and Nicaragua - have yet to reach 20 percent vaccination coverage, according to PAHO.

Without concerted action to increase the vaccination rate and public health measures, it is possible that COVID-19 could become endemic in the region, PAHO Director Carissa Etienne warned in a weekly briefing.

Booster vaccination should begin with those over the age of 80, followed by those over 60 years with prior medical conditions, and then young adults, he said. Using other vaccines is possible when the original doses are not available, he said.

The figures compared to 38,520 cases and 181 deaths reported on Tuesday.

US Food and Drug Administration scientists said on Wednesday they did not receive enough data in time to do their own analysis of Johnson & Johnson’s application for a booster dose of its COVID-19 vaccine, but the agency’s review of company studies raised some red flags.

Advisers to the FDA will meet on Oct. 15 to assess the risks and benefits of a booster shot of J&J’s vaccine, which is currently given as a single dose.

In its review, FDA scientists repeatedly noted the limitation of small sample sizes of many of the company’s studies.

They noted that data J&J used to support administering a booster six months after the initial shot relied on a test to measure immune response that has not been validated and was possibly not sensitive enough.

That mismatch in assessment tools would make it challenging to make meaningful comparisons with data from the company’s larger two-dose booster trial.

Agency scientists also noted that there were insufficient cases of COVID-19 caused by the Delta variant to estimate how effective the vaccine is against the coronavirus mutation now dominant globally in that larger J&J trial evaluating two doses of the vaccine given nearly two months apart.

The United States has administered 404,371,247 doses of COVID-19 vaccines in the country as of Wednesday morning and distributed 489,254,145 doses, the US Centers for Disease Control and Prevention said.