At home with Botero 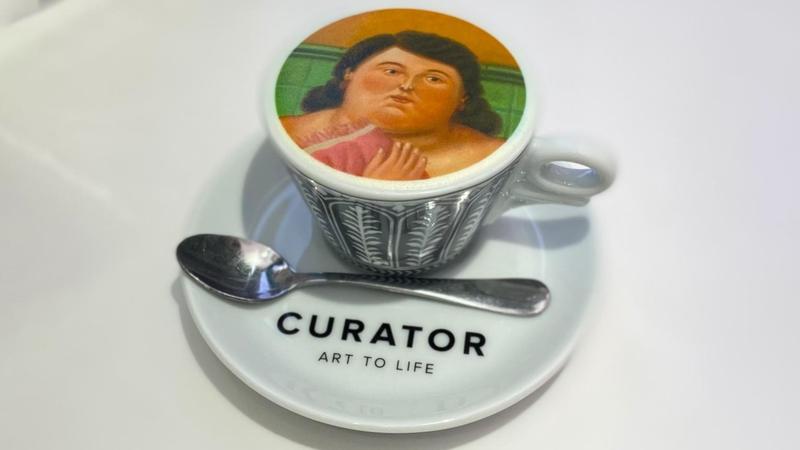 Coffee designed after Fernando Botero’s painting, Woman in the Bathroom, served at the launch of the Living with Botero exhibition at Gallery Ora-Ora. (PHOTO PROVIDED TO CHINA DAILY)

Some of his own works that the Colombian artist Fernando Botero had decided to keep for himself are now on view in Hong Kong. The host of the show, Gallery Ora-Ora, has tried to give audiences a feel of stepping inside Botero’s residences in New York and Bogota, where they can check out the paintings on his walls. As if getting access to the artist’s private space wasn’t temptation enough, guests at the media preview were invited to sip from a cup of cold coffee in which the froth was designed after a Botero painting, Woman in the Bathroom. Being asked to consume a piece of the artist’s work, albeit symbolically, must be the ultimate act of seduction.

“Everything you are looking at here are works that Botero has lived with for the last 30 to 40 years in his New York apartment,” said Henrietta Tsui-Leung, Ora-Ora’s co-founder. “It is a privilege that everyone can be a part of,” she wrote in the curatorial statement of the Living with Botero exhibition. “It brings a message of hope, community and fellowship.”

She had a feeling an exhibition of Botero’s own favorites might help lift the spirits of a Hong Kong audience after the setbacks caused by the pandemic. Indeed, what better antidote to the depressingly long-sustained COVID-19 blues than a brush with Botero’s generic inflated human figures with innocent (gormless?) looks, and painted in the most cheerful of colors?

Botero’s Still Life with Watermelon plays with the audience’s sense of perspective and scale. (PHOTO PROVIDED TO CHINA DAILY)

But then, not all the works in the exhibition ride on the appeal of naivete, or conjure up a winsome old world peopled by clowns, harlequins, a man lifting a hat to greet a lady, and flowerpots ready to explode into a cloud of orange and fuchsia pink flowers (although a selection of these joie de vivre-themed images are available in the form of postcards to browse, and buy, at the gallery).

The Botero originals on show are more capricious. His reinterpretation of Van Gogh’s iconic Sunflowers, for example, is mysterious, if not borderline creepy, having substituted Van Gogh’s palette of luminous yellows with dull, earthy tones.

Juan Montana, director of the Botero in China exhibitions, who joined the media preview via Zoom, recalled a Botero quote, trying to shed some light on the artist’s creative philosophy: “A good artist looks for solutions; a great artist looks for problems.”

There are more examples of Botero trying to problematize the innocuous and the ever-familiar by playfully tweaking the sizes of the objects, ignoring the standards of scale and introducing unrealistic perspectives. For instance, in Still Life with Watermelon, the canvas is bathed in vivid shades of the warmest of colors. But this could be deceptive. The sliced fruit is disproportionately large compared to the kettle in the foreground, while the fruit and the scissor blades peeping out of a drawer (a rather strange place to keep fruits and scissors, especially next to each other) lend a touch of eerieness to the scene.

Montana noted how Botero paints the simplest of things to conjure up a volumetric world. The soul of such paintings lies in the volume, he said. 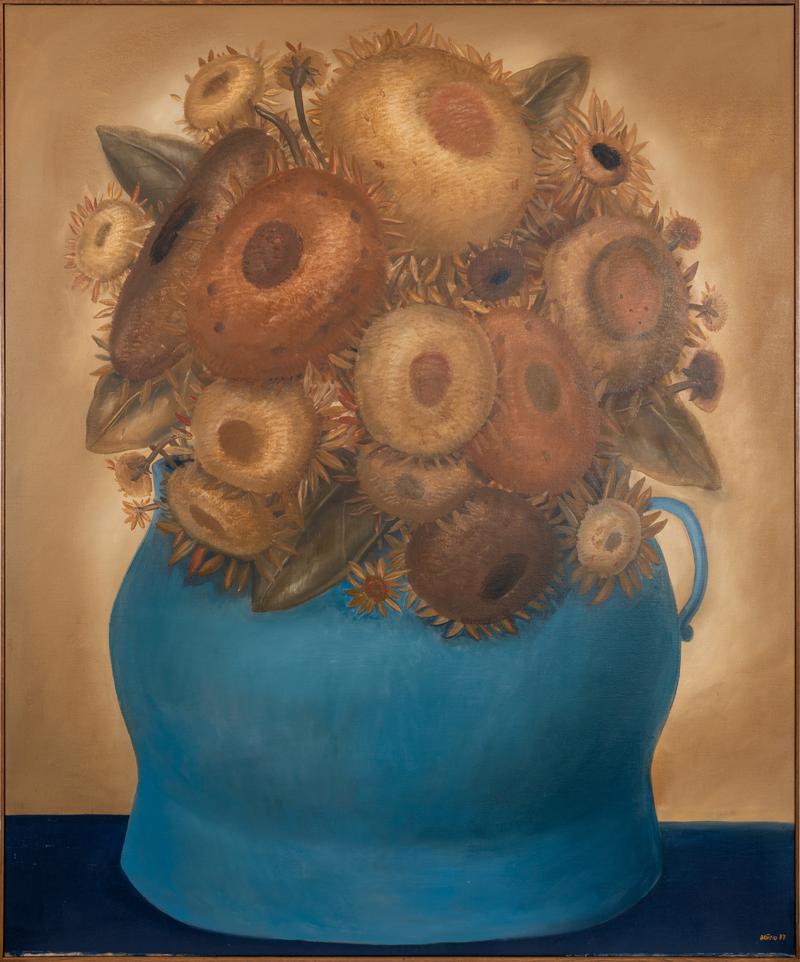 Botero himself has consistently refused to call his monumental human figures “fat”, insisting that his works are about exploring how volume lends itself to expressions of the “sensuality of form.”

Many of his audiences are still conflicted about whether Botero’s bloated figures — the epoxy sculpture of the Bishop in the show, for example — are meant to be a satire on vanity or an expression of empathy for the disarmingly artless.

It could be both. Or neither.