Chinese envoy: China ready to mend ties with US 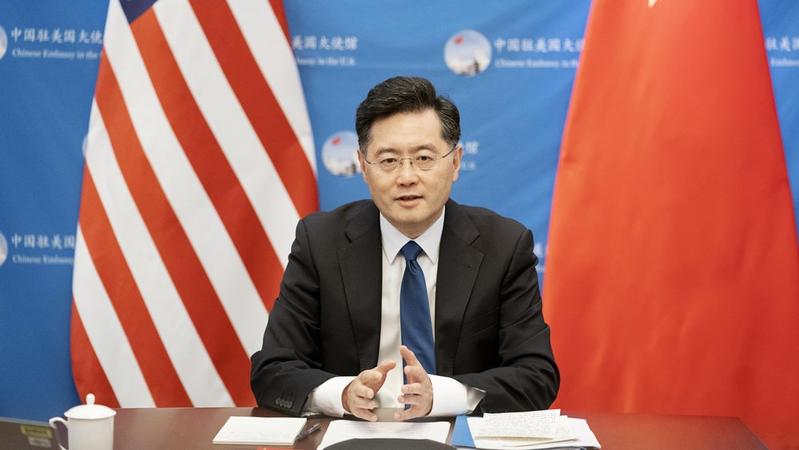 This undated photo shows Chinese Ambassador to the US Qin Gang. (PHOTO / CHINESE EMBASSY TO THE US)

WASHINGTON - China is sincere in starting a dialogue with the United States to deescalate bilateral tensions on the basis of mutual respect, Chinese Ambassador Qin Gang said here on Wednesday.

"We will continue to work with the US side, as long as there are opportunities for cooperation. However, the cooperation between the two countries must be conducted in the principle of mutual respect," said Qin in respond to questions after delivering a speech at a virtual conversation jointly held by the Carter Center and the George HW Bush Foundation for US-China Relations.

Chinese Ambassador Qin Gang said China is open and inclusive and it welcomes and readily accepts various suggestions or criticisms, "as long as they are objective, truthful, well-intentioned and constructive"

"And the United States should not expect China's cooperation in areas where only the US has demand and interests, while neglecting or even undermining China's interests at the same time, in particular on these core issues concerning China's sovereignty and territorial integrity," he said.

"To be frank, what I worry about is that the United States uses competition to define China-US relations, while competition on the US side often takes the form of confrontation, especially on major issues concerning China's core interests," he said.

Qin said if this does not change, it will undermine China's efforts to promote mutual trust and cooperation.

"There is not any example in the history of international relations where the political relationship between two countries is in competition or even confrontation, but other spheres remain safe and sound," he said.

Qin said China is open and inclusive and it welcomes and readily accepts various suggestions or criticisms, "as long as they are objective, truthful, well-intentioned and constructive".

"We will make improvements according to them," said the ambassador, adding that "a very important job of mine is to communicate and listen."