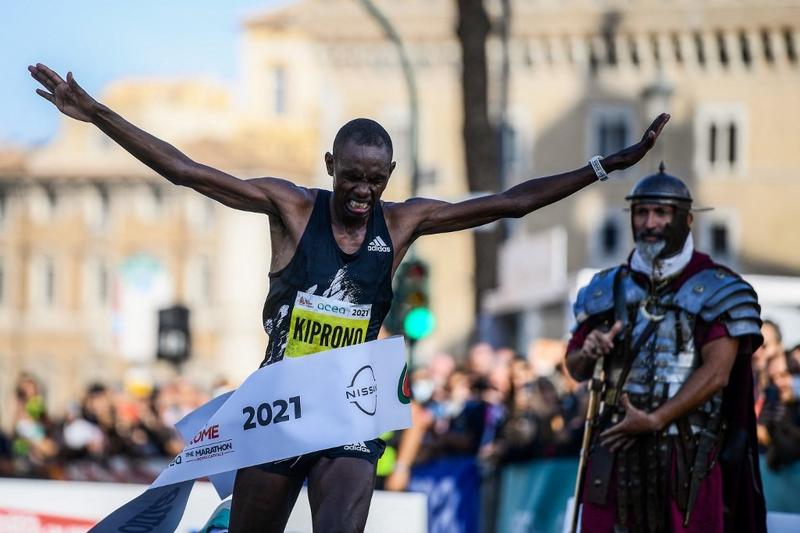 ROME - A one-year pause due to the coronavirus pandemic didn't have a big impact on the victory stands at the Rome Marathon at the weekend, with African runners continuing their dominance.

More than 7,500 runners were on the early-morning starting line in the shadow of Rome's Colosseum. The city's mayor, Virginia Raggi, was the race's ceremonial starter.

Last year's race was canceled due to the coronavirus pandemic, and this year's edition was pushed back from April, its normal spot on the calendar, for the same reason. 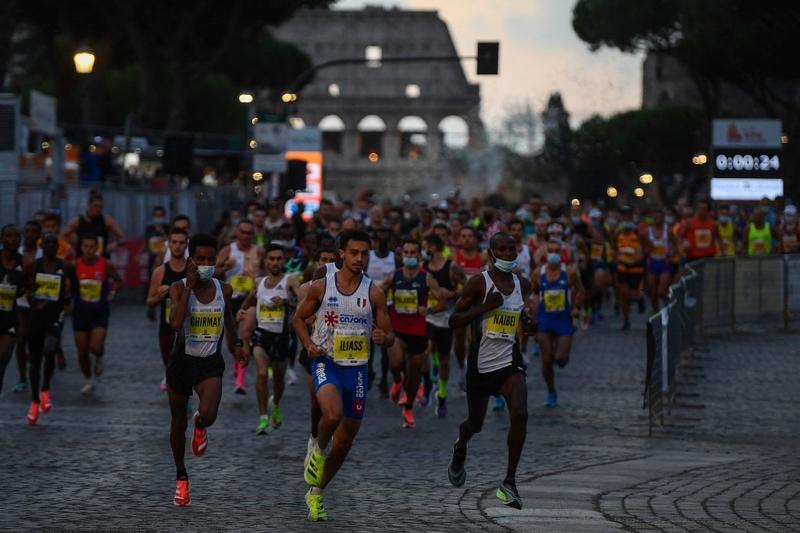 (From left, front) Eritrea's Ghirmay Ghebreslassie, Italy's Iliass Aouani and Kenya's Emmanuel Naibei take the start of the Rome Marathon on Via dei Fori Imperiali by the Colosseum monument on Sept 19, 2021, in Rome. (FILIPPO MONTEFORTE / AFP)

Runners who registered for the 2020 race automatically entered this year's edition, and race finishers were awarded two medals: one for 2020 and one for 2021.

Kiprono was the fifth consecutive Rome Marathon champion to run under two hours and nine minutes, but he was still short of the course record of 2:07:17 set by countryman Benjamin Kiptoo in 2009.

Cherono was also slower than the course record of 2:22:52 made by Ethiopian Alemu Megertu in 2019.

African runners have won the men's title in 15 consecutive races, starting after Italian Alberico Di Cecco won in 2005, and they have won 12 straight women's races, following the victory of Russian Galina Bogomolova in 2008. Cherono's win broke a six-race streak of victories by Ethiopian runners.