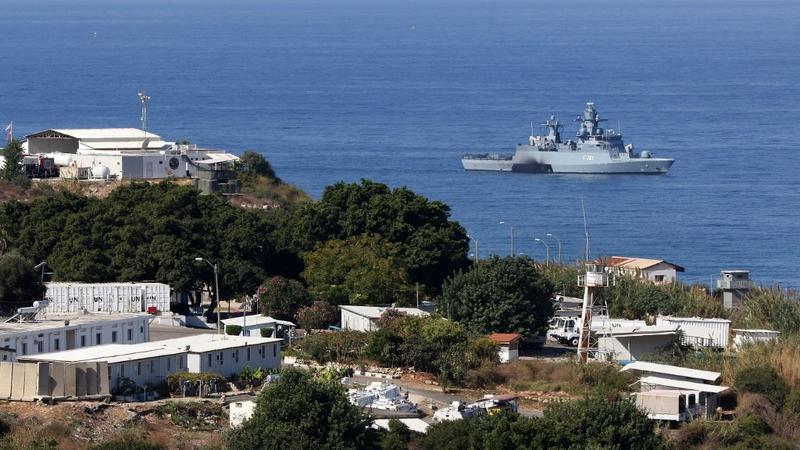 A United Nations ship is pictured in the southernmost area of Naqura, by the border with Israel, on Oct 14, 2020. Lebanon and Israel, still technically at war, began unprecedented talks sponsored by the United Nations and the United States today to settle a maritime border dispute and clear the way for oil and gas exploration. (MAHMOUD ZAYYAT / AFP

Lebanon claims that parts of the gas fields are within its exclusive economic zones.

Berri urged the Ministry of Foreign Affairs to file a complaint with the United Nations Security Council to investigate the Israeli violation of Lebanon's rights.

Lebanon and Israel have border disputes both on sea and land. The neighboring countries, mediated by the United States, conducted a round of talks to demarcate the maritime borders in October 2020. But it was later suspended.