Announcement of selected paths made at fair 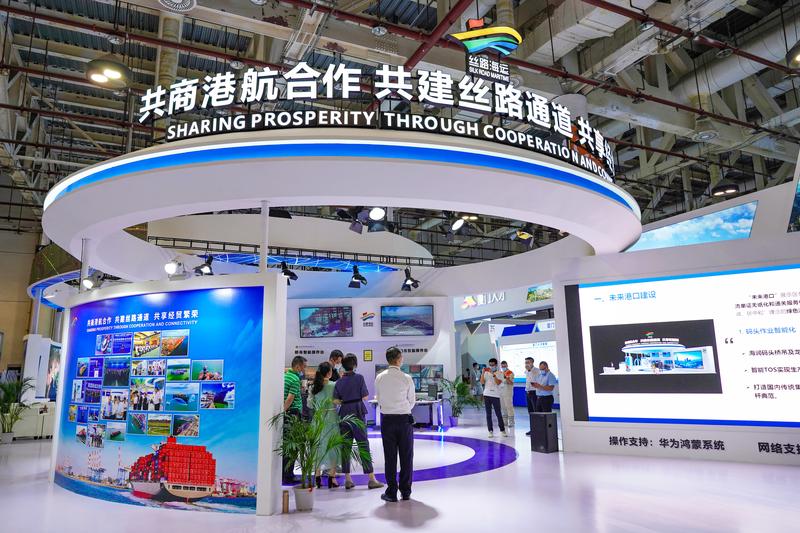 A total of eight new sea routes for container shipping were announced to be named "Silk Road Maritime" during the 21st China International Fair for Investment and Trade, which concluded on Saturday in Xiamen, Fujian province.

The eight routes were selected from six ports at cities of Tianjin, Fuzhou, Xiamen and Guangzhou, as well as Shandong province and the Guangxi Zhuang autonomous region.

That's according to Zhan Chenhui, deputy director of the Fujian development and reform commission, who unveiled the information at the 2021 Silk Road Maritime International Cooperation Forum held last week during this year's CIFIT.

With the newly added sea routes, the number of such routes named SRM across the country has reached 80, Zhan said.

Silk Road Maritime is an international comprehensive logistics brand and platform focusing on the Belt and Road Initiative.

The first SRM route for container shipment was launched in 2018 in Fujian province.

"Building the SRM is a crucial move for Fujian to implement the BRI, construct the core area of the 21st Century Maritime Silk Road and promote opening-up and international exchange and cooperation," said Yin Li, Party secretary of Fujian province.

SRM has become a "golden waterway" to connect the world and has contributed to international trade as a new channel, Yin said.

"Fujian welcomes more businesses and institutions to join the SRM Alliance to further optimize the network of sea routes and connect the links of routes for international containers, to build SRM as a world renowned logistics brand for maritime transport," he said.

Ning Jizhe, deputy director of the National Development and Reform Commission, said the transportation of international trade is dominated by shipping. 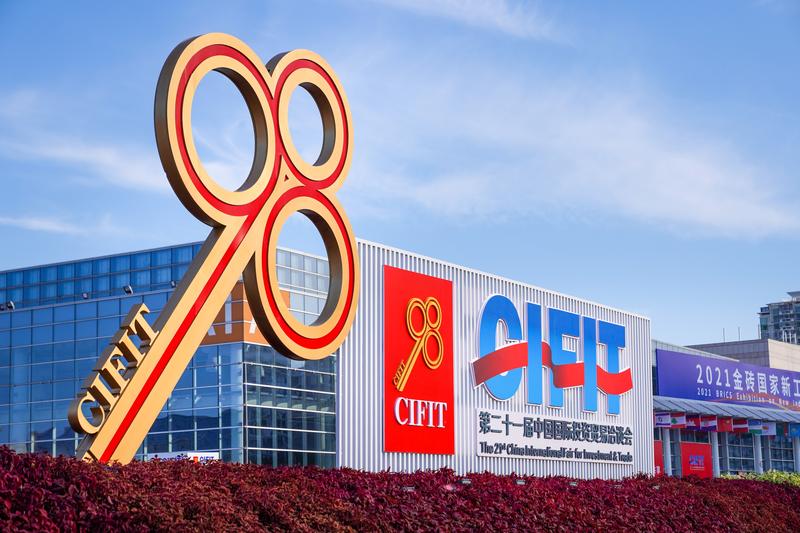 The venue for the 21st China International Fair for Investment and Trade in Xiamen, Fujian province. (LIN YUYANG / FOR CHINA DAILY)

He called for expanding the SRM's brand, innovating the platform and promoting its quality and efficiency.

"We should deepen exchange and cooperation with countries along the BRI based on the principle of extensive consultation, joint contribution and shared benefits, and to encourage more port businesses and institutions at home and abroad to take part in the SRM Alliance," Ning said.

Chen Zhiping, chairman of Fujian Silk Road Maritime Management, said "After three years of development, SRM has made marked breakthroughs in strategic status, the scope of operation and functions."

In March, the country included the SRM in the 14th Five-Year Plan (2021-25), as part of efforts to expand its influence.

"It recognizes the work on SRM and also endows the SRM a new historical mission," Chen said.

According to Chen, SRM sea routes have been expanded from Fujian province to places including Tianjin, Qingdao and Guangzhou.

"SRM and the China-Europe Railway Express are both major parts of the international modern logistics system," he said.

"The two are complementary, and their connectivity provides multiple and convenient transport options for the international trade cooperation."

During the forum, the 2021 blue paper on the SRM's construction was released, which reported the SRM's achievements in sectors including ports and shipping cooperation and passage construction.

As of July, the SRM Alliance has attracted 217 members at home and abroad including the Tianjin Port, Guangzhou Port and Gdansk Port, according to the blue paper.