Lebanon grapples with uncertain future a year after Beirut blast 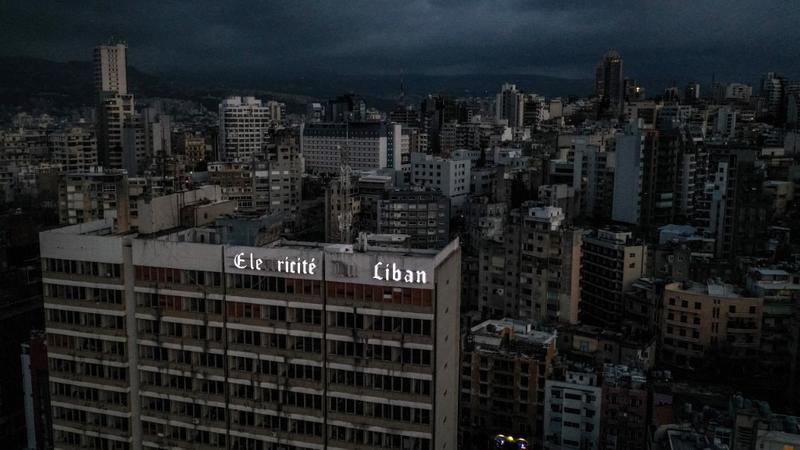 One year after a massive port blast pulverized Beirut, Professor Pierre El Haddad is still rebuilding his heavily damaged school in the capital city of Lebanon, a nation caught in deep economic crisis as well as political uncertainties.

With a new semester starting in a couple of weeks, the academic at Saint Joseph University, or USJ, is unsure whether his students will be able to return to the campus — not solely because of the COVID-19 pandemic.

“Right now, because of the petrol crisis, we cannot find gas, we cannot force students to come to (the) university,” said El Haddad, who is also the founder and chair of the Network of Organizational Development of Experts, a public policy advisory group based in Lebanon.

Lebanon is being run by a caretaker government since the resignation of previous Prime Minister Hassan Diab's cabinet following the Beirut explosion. The formation of a cabinet has been greatly challenging due to Lebanon's sectarian and factional rivalries

Lebanon has been experiencing power outages because of fuel shortages after the central bank said this month that it could no longer subsidize fuel imports at a preferential exchange rate. Panic ensued with suppliers scaling back deliveries, prompting reports of smuggling and hoarding. The Lebanese pound has lost 90 percent of its value.

Lebanese officials on Aug 21 agreed to a short-term compromise to maintain fuel subsidies until the end of September. On Aug 17, the United Nations’ Humanitarian Coordinator for Lebanon Najat Rochdi warned that the fuel shortages threaten essential health and water services across the country, putting thousands at risk of a “humanitarian catastrophe”.

The UN Population Fund estimates that at least 3.5 million out of almost six million Lebanese people are in need of aid.

Lebanon’s compounded crisis has dragged on since protests broke out in October 2019 over the government’s failure to address worsening economic woes and unpopular tax measures.

On Aug 4 last year, one of the world’s biggest non-nuclear explosions ripped through Beirut claiming about 200 lives, injuring no fewer than 6,500 people and damaging an estimated 300,000 homes. The explosion was caused by a warehouse fire, which local authorities admitted had a stockpile of ammonium nitrate for seven years.

“Lebanon is going through a political churning since long especially owing to its consociational democratic system which has resulted in sectarian politics in the country,” said Manjari Singh, associate fellow at Centre for Land Warfare Studies, or CLAWS, a think tank based in New Delhi, India.

Singh explained that a consociational democratic system is usually an arrangement in a divided society where there is power sharing between elites from different social groups. For instance, she said, in Lebanon the prime minister has to be a Sunni Muslim, the president has to be Maronite Christian and the speaker is a Shia Muslim.

“The (2019) October (protests) followed by Beirut port explosions has exposed the level of corruption, stagnant economy and rising unemployment in Lebanon. In short, the two incidents have revealed the fragility of the Lebanese system. Najib Mikati himself was charged with corruption in 2019 on housing loans,” Singh told China Daily. 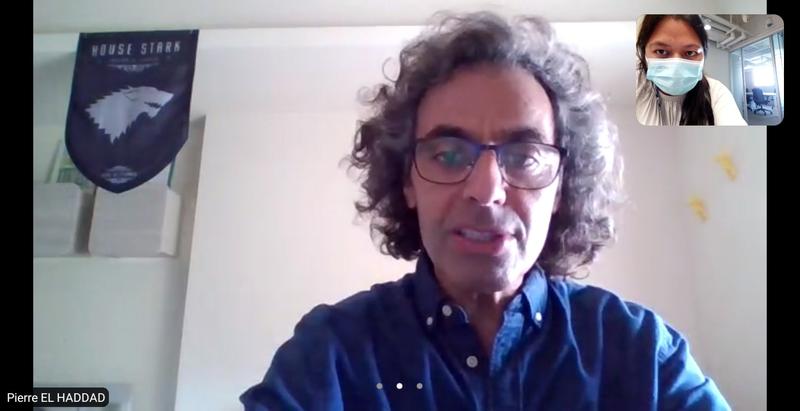 Professor Pierre El Haddad of Saint Joseph University in Beirut during a recent interview with China Daily one year since the Beirut blast.  (PHOTO / CHINA DAILY)

Billionaire telecoms tycoon Najib Mikati, a former premier, was recently voted by lawmakers to become Lebanon’s new prime minister-designate, and had announced some progress toward forming a cabinet. Mikati has denied the charges of making illicit gains from subsidized housing loans.

Lebanon is being run by a caretaker government since the resignation of previous Prime Minister Hassan Diab's cabinet following the Beirut explosion. The formation of a cabinet has been greatly challenging due to Lebanon's sectarian and factional rivalries.

Kamaruzaman Bin Yusoff, a Middle East political analyst, said corruption has become endemic among most politicians and businessmen who are trying to get projects done in Lebanon. If the corruption is not addressed, the country “will go back to square one”, he said.

“The (incoming) PM has to take some action, for example, (by adopting) the politics of consolation where (Mikati) has to work well with different major groups in the country. If the Prime Minister cannot solve it, I’m pretty sure the problem will prevail and then (Lebanon) will have no choice but to have another prime minister in the near future,” said Yusoff.

On the anniversary of the Beirut explosion, the International Conference in Support of the Lebanese People, co-convened by France and the UN, raised around US$370 million for emergency aid.

USJ’s El Haddad is grateful for the aid and cash donations that have been pouring into Lebanon, but he said the country has enough resources to stand on its feet.

“The country has enough talent. We do not need charity. We are a small country that is on the crossroads of many international interests and big powers fighting with each other,” El Haddad said.

Singh, from New Delhi-based CLAWS, said humanitarian assistance represents “nice gestures” but it is not a sustainable option as such grants are not enough to drive the economy. Further, aid-based economy heightens the dependence of the receiving country on donor nations or institutions, she added.

Prior to the fundraiser, the European Union said in July that it has adopted a legal framework to impose sanctions on Lebanese officials and entities involved in corruption, a move seen as pressuring Lebanon to form a full-fledged government that is accountable.

But USJ’s El Haddad believes the sanctions will not change anything and will only send people “down the social elevator and into extremist politics”.

Singh from CLAWS added that merely changing governments will not work, especially in the Middle East, as the problems are deep rooted.

“Given the profile of Mikati as a businessman, the country will have some economic relief, but how sustainable it will be cannot be guaranteed,” she said.