By Cao Yin in Xiangyang, Hubei 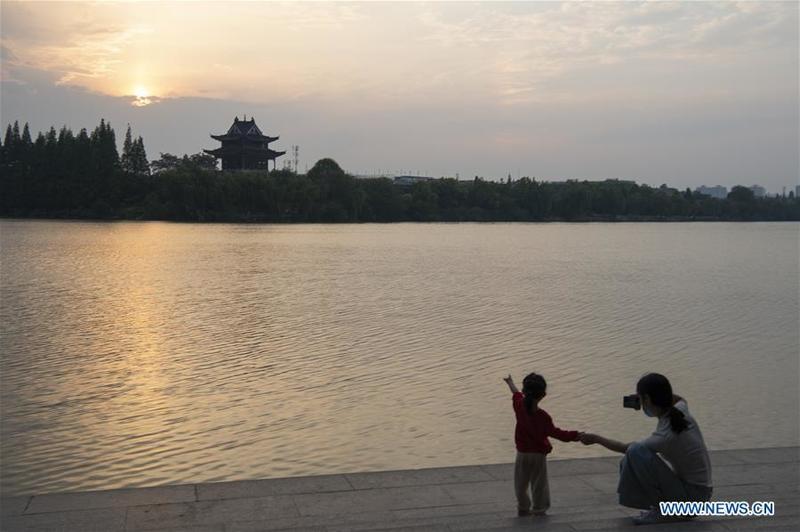 Carrying copies of draft laws from door to door and conducting interviews with residents to solicit their opinions on legislative affairs is one of Wang Zunyi's major tasks.

Over the past six years, Wang－with residents of the Gaozhuang community that he heads in Xiangyang, Hubei province－has presented more than 100 suggestions to the Standing Committee of the National People's Congress, China's top legislature.

Whether a law can work depends on whether it can serve the people, protect their rights and regulate their behavior ... Gathering different opinions on a draft law from people from the grassroots level and various walks of life and finally reaching an agreement is a good reflection of (President) Xi's remarks that China's democracy is a whole-process democracy.

Du Jun, deputy director of the standing committee of the people's congress of Xiangyang

Thanks to the establishment of a "grassroots legislation opinion collection station", an innovative move initiated by the NPC Standing Committee in July 2015, people like Wang can give their advice directly to the legislature.

Du Jun, deputy director of the standing committee of the people's congress of Xiangyang, the city's legislative body, said this was a bridge between the public and lawmakers.

"It shows that legislation comes from the people and is for the people, and it's an implementation of Xi Jinping Thought on the Rule of Law," he said.

A key part of Xi Jinping Thought on Socialism with Chinese Characteristics for a New Era, this was highlighted in November at a central conference in Beijing on work related to overall law-based governance.

President Xi Jinping stressed that work on the rule of law should be people-centered, saying that the advancement of overall law-based governance is dependent on society. He also noted that the legislative process must ensure that people's demands and interests are prioritized.

Du said: "What we should do first to reach the goal of making a law scientifically is to open the door to hear more voices. Whether a law can work depends on whether it can serve the people, protect their rights and regulate their behavior.

"Gathering different opinions on a draft law from people from the grassroots level and various walks of life and finally reaching an agreement is a good reflection of Xi's remarks that China's democracy is a whole-process democracy."

Along with Xiangyang, the NPC Standing Committee also designated the standing committees of legislatures in Lintao, Gansu province, Jingdezhen, Jiangxi province, and Hongqiao subdistrict of Shanghai to be among the first group of opinion collection stations.

Wang's Gaozhuang community, home to about 9,100 residents and many small and medium-sized enterprises, was named by the standing committee of Xiangyang's legislature as one of its opinion collection stations in late 2015.

"I thought legislation was something I could never be involved in but in recent years, I've been given the chance to speak out about my concerns at home, and I hope lawmakers will resolve the problems," said Wang, 55.

In November 2019, Wang held a seminar with his colleagues in the community and a few legal professionals, at which they discussed a draft amendment to the Minors Protection Law.

"Many parents and teachers were interested in the draft because children's development matters to every family," Wang said while showing several bunches of files containing their suggestions to China Daily. He added that most of the advice residents gave called for schools to strengthen measures to prevent bullying on campus.

ALSO READ: Protection for minors given a legal boost

The NPC Standing Committee passed the Minors Protection Law last year after three reviews, and it took effect on June 1. The revised law clarifies that schools should take preventive measures to curb bullying and requires them to inform the offenders' parents or guardians in a timely manner and offer counseling for victims. 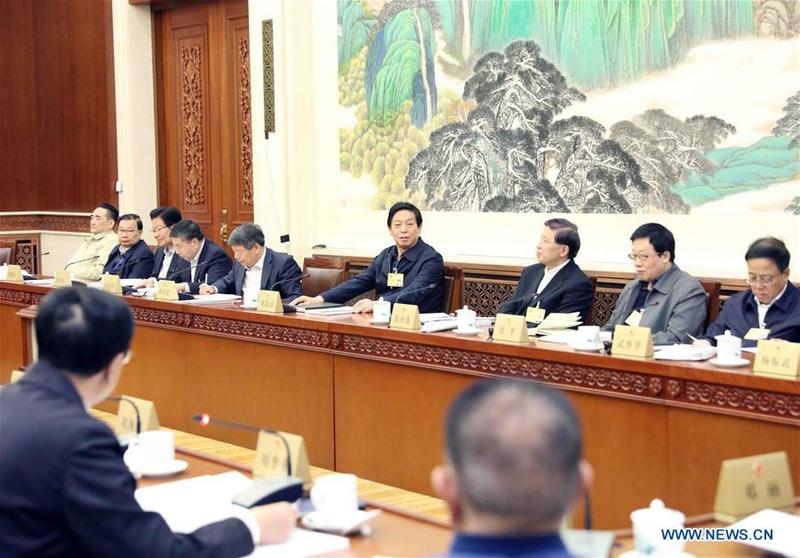 Wang expressed his sense of fulfillment while talking about the amended law.

"It means legislators attached importance to our suggestions. Our voices on legislative affairs are getting stronger," he said.

From the end of 2016 to April this year, the community had provided more than 140 suggestions on 35 national-level laws, according to Wang.

He Aiqun, director of the legislative affairs commission of the standing committee of Xiangyang's legislature, said soliciting opinions on legislation from the grassroots is done thoughtfully.

For instance, suggestions on the then draft section on marriage and family in the Civil Code were collected in Gaozhuang, "as such content was something everyone could identify with, so most of the residents had something to share", he said.

In addition, while gathering opinions on a draft amendment to the Wildlife Protection Law in April, He and his colleagues visited people living and working in the forests of Nanzhang county in Xiangyang as well as wildlife protection centers in the city, and they held seminars with relevant departments.

As of April, Xiangyang's legislature had selected 17 smaller collection stations to gain more opinions on legislation. So far, people in the city have provided more than 1,100 suggestions on 58 items of national-level legislation, and 149 of these have been accepted by the NPC Standing Committee

Wei Zhengcai, an official from Xiangyang's natural resources conservation bureau, attended one of those seminars in April. He suggested legislators add a clause in the draft amendment to allow local governments to compensate villagers when their agricultural products are damaged by wild animals.

"I made that suggestion because I heard frequent complaints from villagers who had trouble with wild boars eating or destroying watermelons, which created a dilemma for law enforcement because the animals are protected," Wei explained.

"Some people built wire fences to keep the boars out of their fields, but the fences could harm the animals," he said. "If we just focus on wildlife protection, the villagers may face economic losses or even personal safety risks."

He also suggested that the NPC Standing Committee seeks a balance between protecting wild animals and upholding the people's interests in its next version of the draft amendment.

Such targeted collection is essential, he said.

"It can help us figure out what grassroots law enforcement departments urgently need, and then we give accurate responses to the country's top legislature," he said. 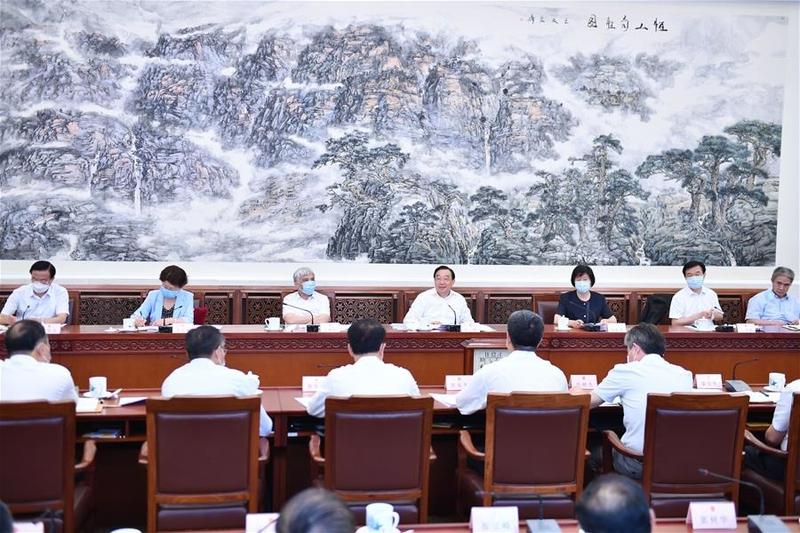 Wang Chen, a member of the Political Bureau of the Communist Party of China Central Committee and vice chairman of the National People's Congress (NPC) Standing Committee, addresses a meeting of a law enforcement inspection team of the NPC Standing Committee in Beijing, capital of China, July 28, 2020. Wang has stressed fully implementing the Wildlife Protection Law and a decision adopted in February to completely ban the eating of wild animals. (PHOTO / XINHUA)

As of April, Xiangyang's legislature had selected 17 smaller collection stations to gain more opinions on legislation. So far, people in the city have provided more than 1,100 suggestions on 58 items of national-level legislation, and 149 of these have been accepted by the NPC Standing Committee.

The NPC Standing Committee designated six other places, including the China University of Political Science and Law, as the second group of collection stations last year after finding success with the first group.

Li Zheng, director of the university's Research Office, said his collection station concentrates more on improving the quality of legislative suggestions, "as some 500 law academics of the university are a think tank for legal research".

"Their legislative views are more professional, and discussions among the experts from different fields will improve lawmaking," he said.

"Many law professionals, such as those focusing on the Constitution, administrative laws and criminal laws, exchanged ideas several times, and their professionalism could provide major support for other suggestions collected from the grassroots," he said.