Yonhap: ROK to hold military exercise with US as planned 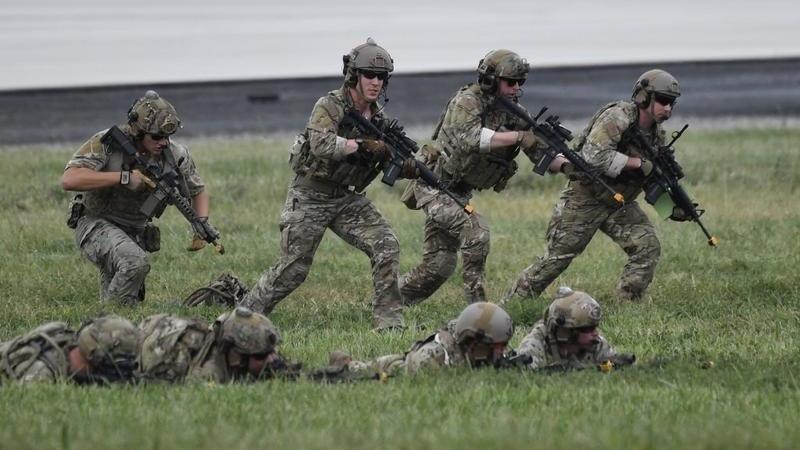 In this Sept 20, 2019 photo, US soldiers participate in a military tactical demonstration during "Air Power Day" preview at US Osan Air Base in Pyeongtaek, South Korea. (JUNG YEON-JE / AFP)

The Republic of Korea has tentatively decided to conduct the upcoming military exercise with the United States as planned, albeit in a scaled-back manner due to the pandemic, Yonhap reported, citing sources.

“We are working to stage the exercise as planned, which is a regular one and necessary for a combined readiness posture. We’ve maintained close consultations with the US over the issue,” a government source told Yonhap.

READ MORE: ROK, US 'should put off drills' to draw DPRK back into talks