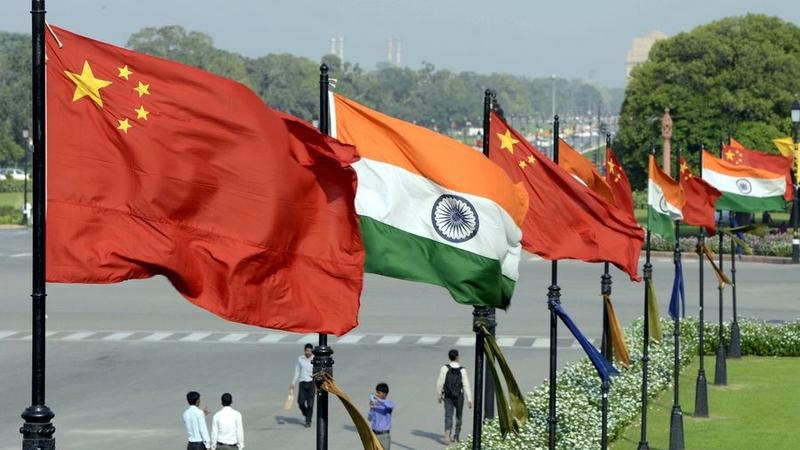 Indian and Chinese national flags flutter side by side at the Raisina hills in New Delhi, India, in this file photo. (PHOTO / XINHUA)

BEIJING - China and India said military commanders from both sides had "constructive" talks about their border dispute, according to China's Ministry of National Defense late Monday.

The 12th round of the China-India Corps Commander Level Meeting was held over the weekend on the Indian side of the Moldo-Chushul border meeting point.

The two sides had candid and in-depth exchanges on promoting disengagement along the Line of Actual Control in the western sector of the border, reads a statement of the ministry.

They agreed this round of meetings is constructive and helped promote mutual understanding.

The two sides also agreed to maintain the momentum of negotiations and dialogue and resolve any remaining issues soon.

During the meeting, the two sides agreed to make further efforts to ensure stability in areas along the Line of Actual Control in the western sector of the border and jointly maintain peace.

Before the meeting, foreign ministers of the two countries met in Dushanbe on July 14. The two sides also held the 22nd meeting of the Working Mechanism for Consultation and Coordination on China-India Border Affairs on June 25.