Success of China a boon for foreign companies 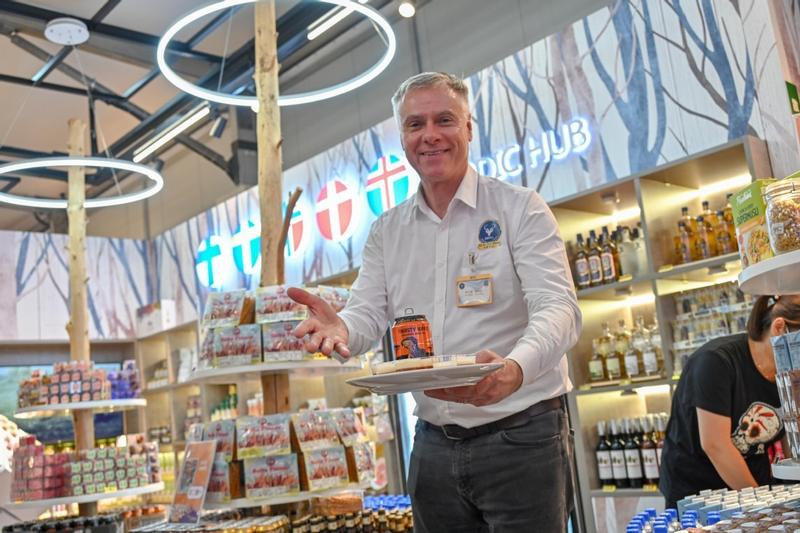 For many multinational corporations, the China story in recent decades has been a win-win result. International businesses have expanded their reach to capture vast market opportunities, while China has grown in economic strength and enhanced the welfare of its 1.4 billion people.

Many of the success stories of these foreign companies have dovetailed with the first centenary goal set out by the Communist Party of China of building a moderately prosperous society in all respects.

"One of the key factors behind this centenary accomplishment is the strong leadership of the CPC, which has successfully united people to strive together for a common goal," said Leon Wang, executive vice-president of AstraZeneca International, who also acts as the company's China unit president.

With more than 20 years in China, the global pharma giant has both benefited and contributed to improved medical benefits in a country where medical needs provide business opportunities as well as social challenges.

"These three points work together to exert great and practical significance to the smooth operation of the Chinese economy," Tan said.

The optimistic views of foreign companies on China were reinforced by the strong rebound of the Chinese economy amid the pandemic. Despite the recent softening of growth momentum, the Chinese economy remains steady recovery supported by timely and effective government measures to shore up domestic consumption and investment.

According to a World Bank forecast released in June, China's GDP is expected to grow 8.5 percent this year. The projection is much higher than the country's growth target of over 6 percent set by the government.

The country is likely to implement more proactive policies, including expansion of fiscal spending and monetary support to lower corporate financing costs, can be expected, said Zhang Liqing, chief economist of PwC China and director of the Central University of Finance and Economics' Center for International Finance Studies.

Meanwhile, China will continue to promote innovation, a strategy that has played a key role in the country's economic development, said Wang from AstraZeneca.

Taking a development approach tailored to meet China's unique characteristics is another factor in the country's success, he said. "There have never been any off-the-shelf development models for China, but innovation and a dare-to-explore spirit have played key roles in economic development," he said.

Denis Depoux, global managing director at consultancy Roland Berger, said central planning and the disciplined implementation of a long-term vision have been crucial to China's success.

"This institutional determination, articulated with a long-term vision combined with reasonably flexible short- to medium-term targets, has enabled China to achieve infrastructure investment, which has favored the general interest," Depoux said.

"Despite the size of the country, the magnitude of transformation and the progress needed, central planning has enabled the building of a holistic vision of objectives, required resources, roles and responsibilities," he noted.

China's pledge to foster peaceful and high-quality development also offers businesses a stable and favorable environment, according to company representatives.

The unleashing of domestic consumer potential, as living standards rise in China, stretches from Generation Z to the graying population. The second centenary goal of building a strong and modern socialist country in all respects is also benefiting businesses, company chiefs say.

Yann Bozec, Asia-Pacific president of the Tapestry Group and president and CEO of Coach China, said increasing people's sense of gain, happiness and security, will only serve as a boost to all businesses.

"The new development pattern encourages us to keep upholding the concept of innovation and enhance the localization potential of our brands," Bozec said.

For US multinational conglomerate Honeywell, localization means serious dollars will need to be invested in China.

"It demonstrates Honeywell's commitment to developing and innovating new technologies and solutions for the local market," Lien said.

HE WEI in Shanghai