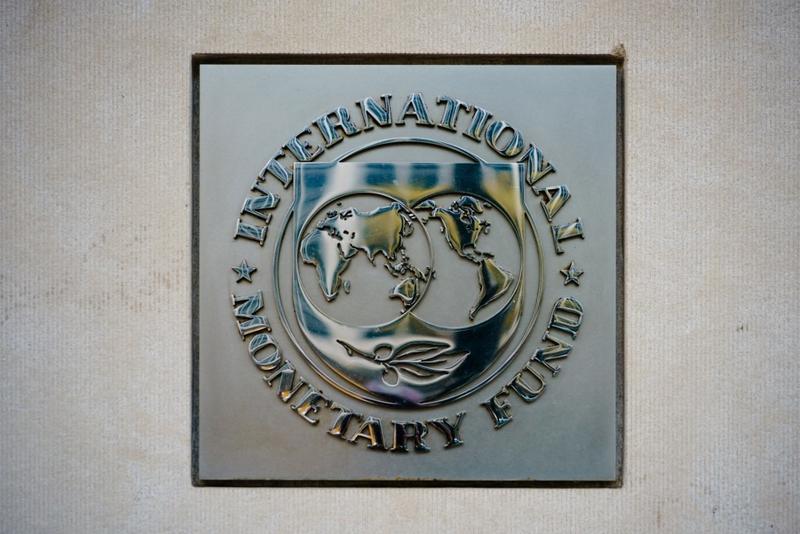 In this April 7, 2021 photo, the seal of the International Monetary Fund (IMF) is seen outside of a headquarters building in Washington, DC. (MANDEL NGAN / AFP)

WASHINGTON - Global reaction to the COVID-19 pandemic further widened global current account balances, which would have continued to decline if not for the crisis, the International Monetary Fund (IMF) said Monday.

In economies with excess current account surpluses and remaining fiscal space, policies should support the recovery and medium-term growth, including through greater public investment

Global current account balances - the sum of absolute deficits and surpluses among all countries - increased from 2.8 percent of world gross domestic product (GDP) in 2019 to 3.2 percent of GDP in 2020, according to IMF's newly released annual External Sector Report.

"While external deficits and surpluses are not necessarily a cause for concern, excessive imbalances - larger than warranted by the economy's fundamentals and appropriate economic policies - can have destabilizing effects on economies by fueling trade tensions and increasing the likelihood of disruptive asset price adjustments," Martin Kaufman, assistant director in the IMF's Strategy, Policy and Review Department, and Daniel Leigh, Division Chief in the IMF's Research Department, wrote in a blog.

Despite the shock of the crisis and possibly due to its worldwide impact, excessive current account deficits and surpluses were broadly unchanged in 2020, representing about 1.2 percent of world GDP, according to the blog.

For example, the pandemic led to a sharp decrease in tourism and travel, which had a significant negative impact on the account balances of countries that rely on tourism revenue, such as Spain, Thailand, Turkey, and even larger consequences for smaller tourism-dependent economies.

On top of these external factors, the pandemic led to massive government borrowing to finance health care and provide economic support to households and firms, creating large uneven effects on trade balances, the report noted.

Kaufman and Leigh argued that ending the pandemic for everyone in the world is the "only way" to ensure a global economic recovery that prevents further divergence, noting that this will require a global effort to help countries secure financing for vaccinations and maintain healthcare.

"A synchronized global investment push or a synchronized health spending push to end the pandemic and support the recovery could have large effects on world growth without raising global balances," they said, also urging governments to step up efforts to resolve trade and technology tensions and modernize international taxation.

Countries with excess current account deficits should, where appropriate, seek to reduce budget deficits over the medium term and make competitiveness-raising reforms, including in education and innovation policies, according to the IMF officials.

In economies with excess current account surpluses and remaining fiscal space, policies should support the recovery and medium-term growth, including through greater public investment.