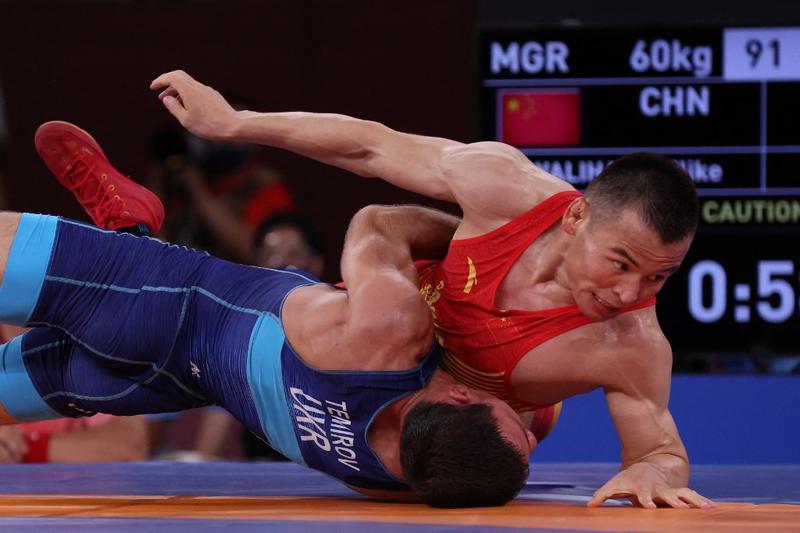 TOKYO - China took two bronze medals in the men's Greco-Roman 60kg and the women's freestyle 76kg categories at the Tokyo Olympics on Monday.

Zhou Qian, who won the gold at the 2018 Asian Games, brought China another bronze by defeating Japan's Hiroe Minagawa 2-0

"I can't be here without the support of my team and my country. This medal is a gift to my country," said Walihan.

It's the first men's Greco-Roman medal for China since the 2008 Beijing Games.

Zhou Qian, who won the gold at the 2018 Asian Games, brought China another bronze by defeating Japan's Hiroe Minagawa 2-0.

"It's my last Olympic Games. Bronze is good but I think I can do better and get a better ending," Zhou said.

"I feel happy, proud to be the best in the world and make history. I've had a long career, working hard to make these goals and break this record," Lopez said.

"I dreamed about it for many years. It's unreal right now. I think I need a few years to recognize this," said Focken, who won Germany's first Olympic champion in wrestling since Barcelona 1992.