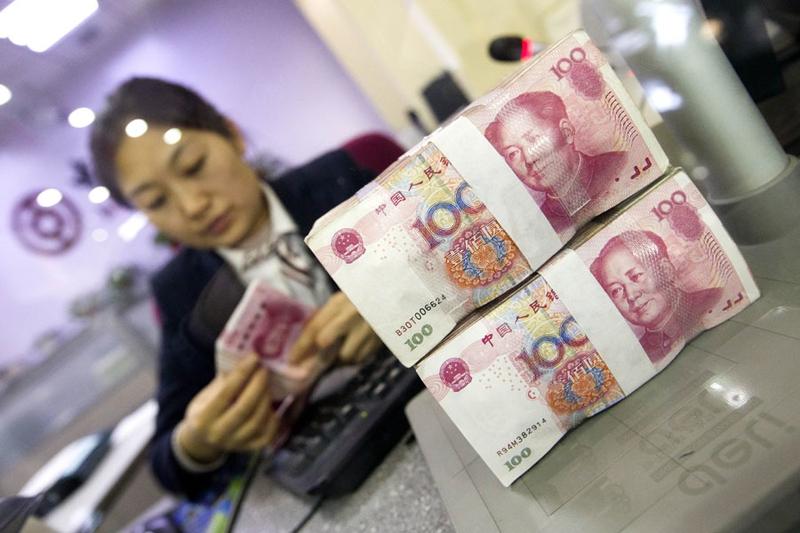 In this undated photo, a cashier at a bank in Taiyuan, Shanxi province counts renminbi notes. (PHOTO / CHINA NEWS SERVICE)

China will maintain a stable fiscal policy and improve countercyclical adjustments to sustain necessary supports for the economic recovery in the second half of this year, Finance Minister Liu Kun said on Friday.

China has effected substantial tax and fee cuts, especially after the outbreak of the COVID-19 pandemic, to support vulnerable sectors like small-scale businesses

Fiscal measures will be fine-tuned to make them more forward-looking and targeted. The new fiscal policy adopted earlier in response to the aftermath of the COVID-19 pandemic will be kept stable to avoid sharp shifts, Liu told a media conference.

The "proactive" fiscal policy tone will remain unchanged, focusing on expanding domestic demand, stabilizing and boosting consumption, as well as driving up investment, he said.

The Political Bureau of the Communist Party of China (CPC) Central Committee met on Friday and discussed the economic situation and macroeconomic policies in the second half.

A statement issued after the meeting said a proactive fiscal policy should generate greater effect, while the prudent monetary policy should maintain reasonably ample liquidity and support the continued recovery of small and medium-sized enterprises as well as stressed industries.

It also said the government's budgetary investment and local government bond issuance should be at a proper frequency.

China has effected substantial tax and fee cuts, especially after the outbreak of the COVID-19 pandemic, to support vulnerable sectors like small-scale businesses. This year, related measures are expected to continually ease market entities' burden by more than 700 billion yuan (US$108.36 billion), following tax and fee reductions of more than 2.6 trillion yuan in 2020, said Vice-Finance Minister Xu Hongcai.

According to data released by the finance ministry, from January to June, the nation's general public budgetary revenue was 11.71 trillion yuan, up almost 22 percent year-on-year, given the low base of 2020 that was influenced by the COVID-19 pandemic. Compared to 2019, it was up 8.6 percent.

At the media conference, Liu also called on G20 members to improve the new global corporate tax reform plan by considering different developing situations in various economies, so as to achieve a consensus at the next G20 meeting in October.