2 crew members killed in attack on tanker off Oman 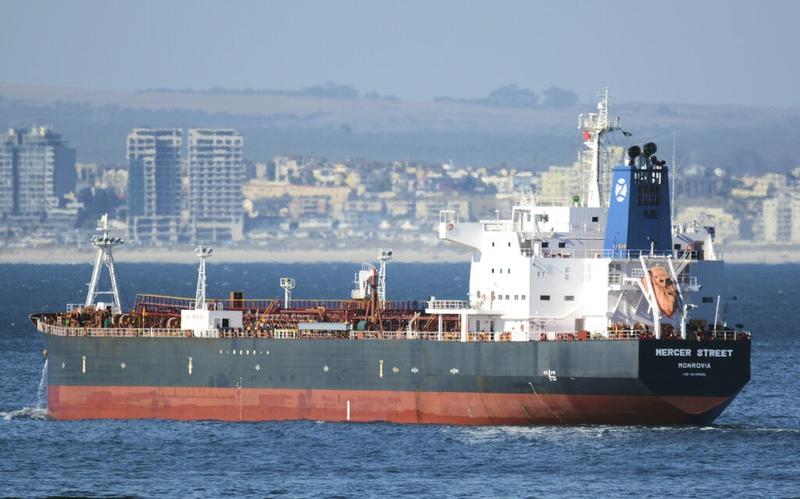 DUBAI - Two crew members, a Briton and a Romanian, were killed when a petroleum products tanker managed by Israeli-owned Zodiac Maritime came under attack on Thursday off Oman's coast, the company said on Friday.

London-based Zodiac said on its website that the attack in the Arabian Sea on the Mercer Street, a Liberian-flagged Japanese-owned ship, was still being investigated.

Earlier on Friday, Zodiac Maritime had described the incident as suspected piracy but the United Kingdom Maritime Trade Operations (UKMTO), which provides maritime security information, says it was not piracy

Earlier on Friday, it had described the incident as suspected piracy but the United Kingdom Maritime Trade Operations (UKMTO), which provides maritime security information, says it was not piracy.

"Details of the incident are still being established and an investigation into the incident is currently underway. We continue to work closely with the UKMTO and other relevant authorities," said Zodiac, which is owned by the wealthy Israeli Ofer family.

It said it was "not aware of harm to any other personnel" than the British and Romanian crew members who were killed.

The UKMTO said the vessel was about 152 nautical miles (280 km) northeast of the Omani port of Duqm when it was attacked. It gave no more details on the type of vessel, any cargo, to whom it belonged or about possible casualties.

Zodiac said the ship was now sailing under the control of its crew and own power to a safe location with a US naval escort.

In an advisory note, UKMTO said it had been informed that regional search and rescue authorities and coalition forces have been tasked to assist the vessel.

According to Refinitiv ship tracking, the Mercer Street, a medium-size tanker, was headed to Fujairah, a bunkering port and oil terminal in the United Arab Emirates, from Dar es Salaam, in Tanzania.

Tensions have risen in the Gulf region since the United States reimposed sanctions on Iran in 2018 after then-president Donald Trump withdrew Washington from Tehran's 2015 nuclear deal with major powers.

Washington has blamed Iran for a number of attacks on shipping in strategic Gulf waters, including on four vessels, including two Saudi oil tankers, in May 2019. Iran distanced itself from those attacks.

In recent months Iran and Israel have traded accusations of attacking each other's vessels.