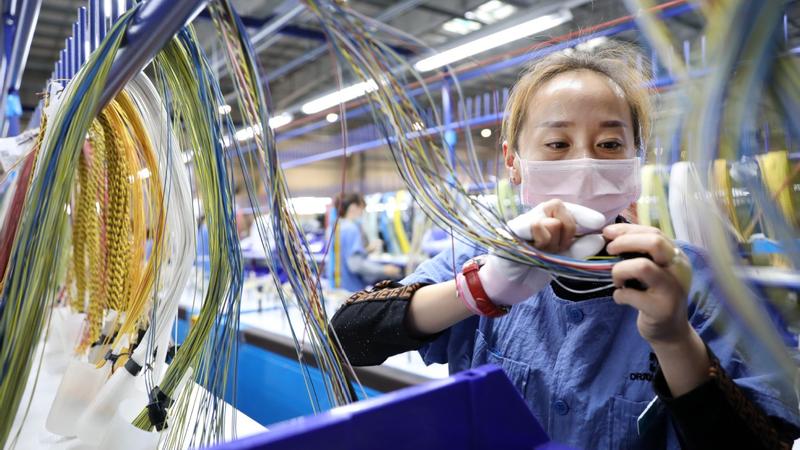 BEIJING - China's major industrial companies saw a steady increase in profits in the first half (H1) of this year amid a stable recovery in market demand and improving business performance, official data showed Tuesday.

Industrial firms with an annual business turnover of at least 20 million yuan (about US$3.09 million) raked in combined profits of 4.22 trillion yuan during the period, up 66.9 percent year-on-year, data from the National Bureau of Statistics (NBS) showed.

In the second quarter, industrial profits rose 36 percent year-on-year, up 42.5 percent from the 2019 level.

Of all 41 industrial sectors, 40 saw year-on-year profit growth and one saw profits unchanged from the 2020 level.

READ MORE: Profits of Chinese SOEs in H1 up 110% year-on-year

Upstream mining and raw material manufacturing companies saw their profits more than double, contributing to more than half of overall industrial profit growth.

Boosted by an expansion in COVID-19 vaccine and testing reagent production capacity, profits of the pharmaceutical manufacturing sector jumped 88.8 percent year-on-year, accelerating from the pace in the first quarter.

The rebound in the industrial sector was in line with China's overall economic recovery. In the first half, China's GDP expanded 12.7 percent year-on-year, with major indicators pointing to resilience in growth.