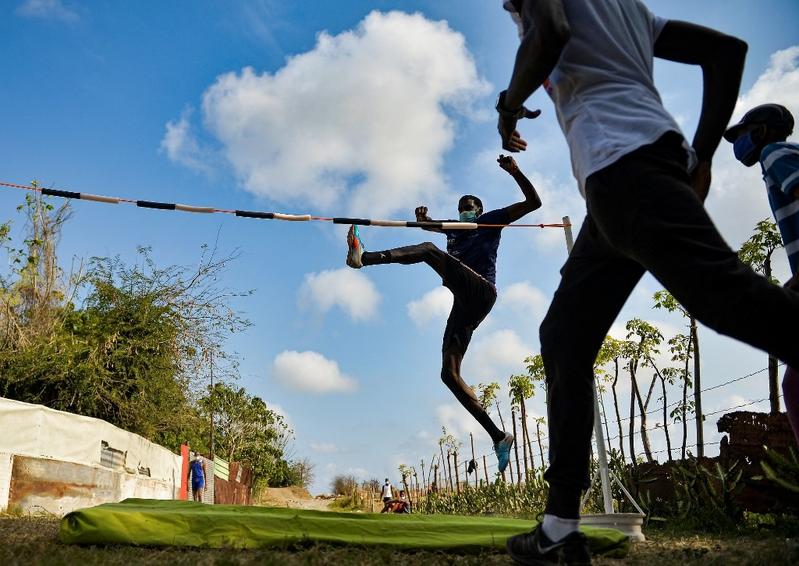 TOKYO - Despite taking its smallest squad to an Olympic Games in more than half a century and setbacks related to the coronavirus pandemic, Cuba is hopeful of finishing in the top 20 on the overall medals table in Tokyo.

According to Cuban national sports institute INDER, travel restrictions have meant that only half of its planned 22 pre-Olympic training camps abroad could go ahead.

However, far from bemoaning any negative impact on Cuba's medal prospects, Miranda said the country's 69 Olympic athletes had benefited from a ramped-up training program on home soil in the weeks leading up to the Games.

According to Cuban national sports institute INDER, travel restrictions have meant that only half of its planned 22 pre-Olympic training camps abroad could go ahead

"We have always said that the key will lie in the response of the athletes identified as having the strongest will to compete," he said.

The Tokyo Games will mark the first time since the 1964 Olympics, also held in Japan's capital, that Cuba has had less than 100 athletes at the world's biggest sporting competition.

This year's contingent of 36 men and 33 women will take part in 15 sports. Athletics has the largest share of Cuban competitors with 18, followed by wrestling (12), boxing (7), judo (6), boating (5), shooting (5), weightlifting (4), table tennis (2), beach volleyball (2), swimming (2) and modern pentathlon (2). The taekwondo, artistic gymnastics, cycling and rowing events all have one Cuban qualifier.

Combat sports have historically been one of Cuba's major strengths at the Olympics and these Games are likely to be no exception. Mijain Lopez (Greco-Roman wrestling), Idalys Ortiz (judo) and Julio Cesar La Cruz (boxing) are all gold medal aspirants in their respective disciplines.

Lopez, who will compete in the 130kg class, is aiming to become the first wrestler to win gold medals in four consecutive editions of the Olympics. Having triumphed in the 120kg division at Beijing 2008 and London 2012, Lopez took the 130kg title at the Rio 2016 Games.

In late 2019, Lopez emerged from a three-year hiatus to defeat countryman and world championship silver medallist Oscar Pino at an event in Germany.

"It is in the hands of me and my coaches to achieve that goal," the 38-year-old told Cuban television. "My parents have given me that mentality ... Everything you want to achieve in life only depends on what you are prepared to try."

Judoka Ortiz has won medals in the women's over-78kg category in each of the past three Olympics, including a gold medal in London nine years ago. The 31-year-old, who often trains against men to prepare for major events, is widely tipped to achieve another podium finish in Tokyo.

La Cruz, meanwhile, is hoping his chances of back-to-back Olympic boxing glory are not affected by a change in the division. The 31-year-old, who won the light-heavyweight title in Rio, will compete in the heavyweight category.

"I needed to go up to the next [weight range] because it was becoming too hard to maintain my weight," La Cruz said.

"I am about to turn 32 and the body is no longer the same. Before making my decision I was having to lose 13 kilos to be able to compete, but now I can eat and train better while incorporating a more effective preparation system with strength exercises. I've assimilated well to the change and the postponement of the Games helped me."

Surprisingly, the Caribbean nation's baseball team failed to qualify for the Tokyo Games after suffering qualifying losses to Venezuela and Canada. Cuba is the only country to have finished on the podium in all five Olympic baseball tournaments to date, winning three gold and two silver medals.