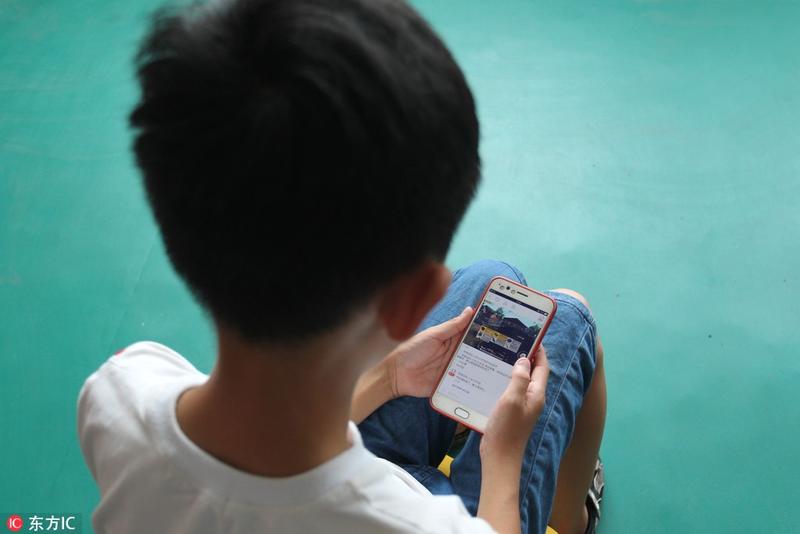 The platforms were ordered to rectify the problems and clean up the improper information and accounts in a thorough manner, the Cyberspace Administration of China, the country's top internet regulator, said on Wednesday.

The same day, the administration started a nationwide campaign to purify the online environment and fight harmful information to protect the rights and privacy of children. The move is a part of the 2021 Clean and Healthy Cyberspace Initiative launched by the authority in May.

A few popular internet platforms, including Kuaishou and Taobao, were ordered to clean up improper information and accounts in a thorough manner, the Cyberspace Administration of China said

With zero tolerance and heavier punishment against those harming the rights of people under the age of 18, the administration said the campaign will focus on seven aspects involving children.

For example, administrators will strictly inspect livestreaming and short-video platforms, prohibiting those younger than 16 to be livestreaming hosts and forbidding people to lure underage users to reward hosts in line with regulations.

People posting stickers showing sexual imagery of children, as well as those luring minors to take vulgar videos or instigate children to commit suicide, will also be seriously punished, the administration said.

Harmful information, including those featuring pornography and violence, on online educational platforms, and improper comic content easy for minors to imitate, including figures showing too much skin or story plots with violent scenes, have been made major targets to be cleaned up.

Additionally, netizens supporting their own idols by insulting other celebrities with ugly words or even false claims, and internet users interfering with online views to prevent others from commenting, are also behaviors to be combated during the campaign.

Furthermore, the administration added it will inspect platforms that cannot prevent children from indulging in cyberspace due to network loopholes, asking and helping them to ensure their safe modes for children work effectively when young people browse the internet.